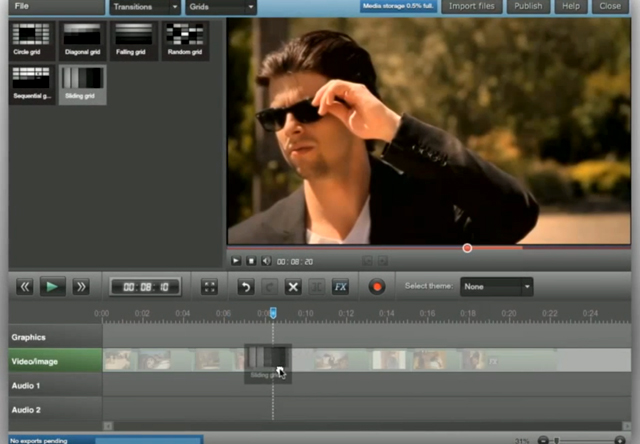 WeVideo, a cloud-based collaborative video editor, just raised $19.1 million in its first round of funding. The service lets you edit videos in a browser, instead of using pricey software like Final Cut Pro.

WeVideo launched at the fall 2011 DEMO conference and showed off its premium and commercial offerings. The company impressed the DEMO crowd enough to win a DemoGod award for its Adobe Flash-based video editing service.

Going after dedicated video editing software, WeVideo offers low-cost plans for journalists and marketers. There are three plans to choose from: Plus for $7 a month, Ultra for $40 a month, and Commercial for $80 a month. The Ultra and Commercial plans boast 50GB and 100GB of storage respectively, 50 invites to each project, and the ability to edit 720p high-definition video. The Commercial plan also gives you a commercial license for your final video product.

Since the DEMO conference last fall, the company has launched an Android application for video capture on the go. You can add music and images to the video, then send it off to the WeVideo cloud for later editing.

WeVideo integrated with YouTube in late 2011 to allow the video-hosting service’s massive amount of users edit videos. The tools are included in YouTube’s Create page, alongside Magisto’s “magical” video editing feature. Magisto is a WeVideo competitor.

Another WeVideo competitor appears to be Novacut, which is not yet available to the public. Novacut was born out of a Kickstarter campaign and will offer a collaborative video editor when released.

Crest Capital Ventures led the round, which will be used to grow WeVideo’s consumer business.

WeVideo was founded in 2011 and is based in Sunnyvale, Calif.