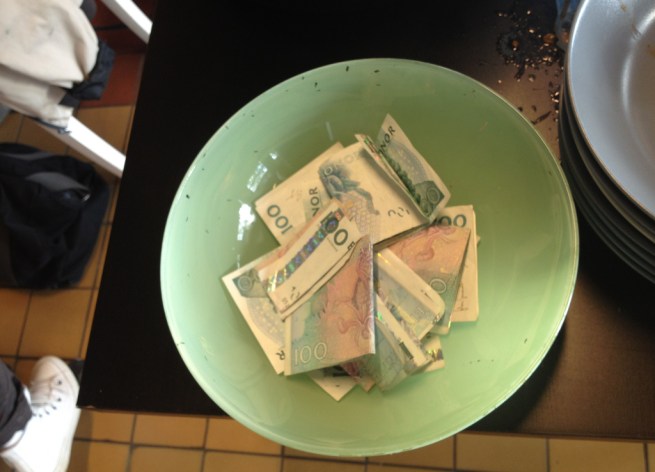 According to Kickstarter, more than 48,000 companies have been launched through its platform, raising over $775 million. Impressive.

But what really happens to these companies? Are they one-hit wonders that happen to be good at crowdfunding, or are they viable businesses that can succeed after the crowdfunded money has been spent? Although there are examples of companies still going strong after Kickstarter (Pebble and Flint and Tinder are two such examples), hundreds of Kickstarter companies don’t make it much further than the close of their funding.

We could have been one of them.

About 14 months ago, we launched our first Kickstarter project, which ended up being the number-one funded fashion Kickstarter project of all time. But we would soon learn that post-Kickstarter life is an entirely different beast altogether. Although we’ve seen a lot of success following the close of our Kickstarter (rapid revenue growth, brought on the former head of Marketing at Zappos, high repeat customer rate), a lot of this success has been because of the often difficult lessons we learned during the campaign itself.

Be transparent every step of the way

During Kickstarter, we sold more than 10x what we expected to sell, which created a whole host of supply chain challenges. Not only did we need to find a new manufacturer, we also needed to find a fulfillment partner, a new packaging provider, a new button supplier … the list goes on. Finding the right partners would obviously take time. We were caught in the dilemma of wanting to find the right partners and wanting to make the best possible product, but not wanting to let down our backers by missing a deadline that was set when we thought we were going to manufacture far less product.

We found that the more transparent we were with our backers, the more they supported us. So we outlined everything we could about our supply chain, from yarn creation to fulfillment, in a Kickstarter update shared with all of our backers. Suddenly, backers could see every step that went into their shirt and understand that our garments really were more complex than cut, sew and send. They could appreciate that our decision to take an extra three weeks to find a high-quality partner would lead to an exponentially better product for them. In short, it helped our backers become part of the process.

Today, we apply the same level of transparency to all of our customer relationships. Customers always know why we make decisions, and, if they interact with Q (our customer service), they’ll be treated to as much transparency as they ask for.

Hire people who can do their jobs better than you can

A lot of the problems we ran into during our Kickstarter campaign arose because it was our first time manufacturing, selling, and operating at such a large scale. My two cofounders and myself suddenly had to be experts in all areas in the business, and in a very visible way.

While we are all good at what we do, we quickly learned that we needed to bring in high-quality, experienced people who could fill in the gaps and provide expertise in the areas that we weren’t as good at. One of the first visibly glaring gaps was the role of a president: we were all first-time entrepreneurs. We quickly realized that we wanted to bring on someone who had experience scaling a company from a few people to hundreds of people.

We found that person in Brian Kalma, former head of marketing at Zappos. Brian was the perfect for the role. Not only has he previously been at companies that grew rapidly (such as Zappos and Gilt Groupe), but he understands customer acquisition and UX better than any of us did.

The campaign forced us to reevaluate how we build our team. We now bring on people with experience who can hit the ground running. We no longer want to be the most knowledgeable people at the company. We want people who are better than us.

To succeed, you need to be honest about your team’s weaknesses — and fill those seats with people better and smarter than the founders. Stat.

Build deep and meaningful relationships with your early customers

The Kickstarter community is incredibly involved with the companies that they back. So it became almost natural to build a number of deep and meaningful relationships with our backers — an asset we came to value later.

We met up with some of our Kickstarter backers for lunch while on vacation, we had a party with them in San Francisco, we went running with a few while at our manufacturer in Los Angeles — and we exchanged over 5,000 emails, messages, phone calls and Snapchats with them, too.

We loved the relationships we formed with our backers, and that formed the basis for how we interact with every customer today. We want to be your friend who has your back and makes your life better, not a nameless person always delivering bad news.

In the end, Kickstarter served as an accelerator for us. Kickstarter does not guarantee success. But it served as a platform from which we were able to learn valuable lessons — and fast. Today, we’re successful by any standards. We’re lucky that we learned the lessons we did and then rapidly applied them to our everyday operations. In so doing, we beat the odds. Hopefully, with these lessons, you can too.

Kit Hickey is a cofounder of Ministry of Supply, a brand that is inventing the future of men’s professional wear. In addition, Kit is a lover of mountain sports and has half an MBA from MIT. Follow her: @kit_hickey