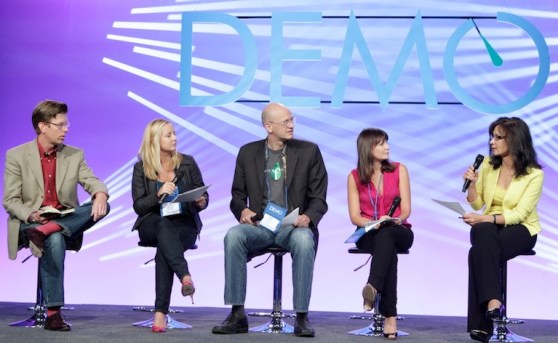 Last year, Courtney Stanton organized a conference for game developers whose 12-person speaker roster was half women, and half men.

And she did it without considering the gender of applicants.

In the world of tech conferences, that gender ratio is almost unheard of — let alone getting there without actively saying yes to certain applicants just because you know they’re female.

Stanton is a product manager for a video game publisher. She wanted to put together a conference for game developers, make it accessible — and get onstage speakers more diverse than, as she put it, “the same four straight white men agree(ing) with each other on some panel.”

How did she do it? By actively recruiting women through every possible channel. She attended events and spoke to women. She encouraged women she knew to submit speaking proposals. She recruited online. She met people for coffee and promised to mentor them, review their slide decks, help them brainstorm — whatever it took to get women to apply.

That’s because, as she points out, women tend to be less assertive than men in promoting themselves. In other words, if you ask a room equally full of women and men to submit proposals to speak at a conference, the men are going to respond in far greater numbers than the women.

To balance the submissions, you need to work harder to recruit women.

Once she had proposals in hand, the balance of submissions was roughly evenly split between women and men. Stanton was able to pick what she thought were outstanding choices for each session. Result: A 50-50 split, without compromising on the quality.

Since she published her post before her event, the No Show Conference, actually took place, I contacted Stanton this week to ask her how the conference had been received.

“The actual conference went really well — the quality of the content was stellar and, across the board, very highly rated by attendees,” she told me in an email.

“I think the biggest thing the event has led to is other conferences using my approach,” Stanton added, mentioning JSConf, a programming conference in Berlin last fall, which credited her example for helping it get 25 percent female speakers.

“I’m starting to see more people talking about this idea of recruiting for submissions instead of holding spaces open for specific minority representation,” she said.

It’s an approach I’ve used when recruiting employees, whether at VentureBeat or elsewhere. If you don’t make an active effort to widen the circle of candidates, you’re just going to draw from the same pools you always draw from.

VentureBeat also produces a lot of conferences, usually with lots of dudes onstage — the photo above, from the last DEMO conference we produced, is an exception I’m especially proud of. We’re actively working on increasing the representation of women onstage, starting with our upcoming Mobile Summit. Stanton’s approach will help.

If you value diversity, you need to make an effort to recruit from groups that you aren’t part of or which aren’t usually represented in your company or your event.

But once you’ve done the outreach, consider the applicants on their merits alone. That’s the only way to ensure excellence in your outcome, whether that’s your startup team or your speaker roster.

Final note: Stanton said her conference actually opened doors for several women, who went on to speak at other conferences after making their first public-speaking appearance at hers. Talk about a ripple effect.