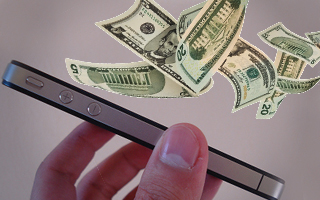 The maker of social location-based service WhosHere has closed a $1.25 million first round of institutional funding.

WhosHere is an iOS app for location-based social networking. Offering users the promise that they can “meet nearby people,” the app also allows for free SMS texting, free MMS image sending, and free VoIP calls.

In practice, it functions as a dating app — a sort of Grindr for a wider community than just gay men, or as co-founder and COO Stephen Smith put it, “a mobile, location-aware Craigslist.” For that matter, it’s also remarkably similar to Skout, a mobile dating app that came onto the scene two and a half years ago.

And somehow, a company spokesperson tells VentureBeat, “All this is done without disclosing any personal information unless the user chooses to provide it.”

The startup says its app has more than four million registered users. These location-based flirts are reportedly sending an average of 10 million messages per day and more than 2 billion SMS messages in 14 languages throughout the app’s history. The company also claims to be profitable, with total revenue eclipsing the $1 million mark as of June 2011.

The round was led by Lightbank, a Chicago-based fund that typically grants between $100,000 and $5 million to early-stage companies. Lightbank was started by Groupon co-founders Eric Lefkofsky and Brad Keywell.

WhosHere is made by myRete, a three-year-old startup with locations in San Mateo, CA, and Alexandria, VA.

“The investment will allow us to continue to scale our business and expand the team to meet the growing demand for our service,” said Bryant Harris, myRete founder and CEO.

Mobile/social hybrid apps haven’t yet truly taken off in the U.S. — Asia is another story, with mobile/social gaming-focused companies raising significant rounds and seeing great exits.

But with apps like WhosHere, the pic-sharing Color, group chat app Yobongo, and party-finder HurricaneParty seeking to reinvent how we interact in “meatspace” with our phones, we may start seeing more of this kind of activity stateside, as well.

Image based on photo by johnkarakatsanis.