This is a guest post by Julie Huls, President and CEO of the Austin Technology Council.

Silicon Valley is still the gold standard for tech entrepreneurship. However, Austin is now emerging as a new destination of choice for tech startups as well as larger enterprise companies — for a variety of economic and cultural reasons.

Companies like Apple, Google, Facebook and Oracle are headquartered in Silicon Valley and there’s no question it’s is a hotbed of skilled labor; both workers and entrepreneurs from around the world migrate to the Valley to pursue their dreams and careers. It’s not unusual for startups to land funding rounds in the neighborhood of $50 million.

Austin is doing the same thing, just in a more organic, sustainable manner. Austin now hosts a healthy mix of larger companies and savvy entrepreneurs coming in droves from California, New York and other tech hotbeds. Private investors are often surprised at the number of seasoned executives operating here, but the truth is that Austin has grown into one of the nation’s go-to spots for startups and large players alike, and a market for high-growth companies to thrive.

A year-round ecosystem for success

One estimate has it that one-third of the companies that are moving to Texas originated in California, where the high cost of doing business often sends companies looking for alternate options. In addition to homegrown companies like Dell, established tech companies that employ more than 2,000 people in Austin include Apple, Microsoft, AT&T, Flextronics and Samsung.

Austin’s economy is diversified outside of hardware and software, too. We’re a biotech hub with more than 160 companies and 8,200 employees. Whole Foods, Keller Williams, Sweet Leaf Tea and many other major brands are also headquartered in Austin.

One of the most unique draws for companies is the incentives structure propagated by the state of Texas. The state offers companies about $19 billion per year in incentives, the highest amount of any state in the union. The Emerging Technology Fund in particular reflects Texas’s commitment to growth within the tech sector. This fund awards grants that help product development, public-private partnerships and the recruitment of research talent. So far, more than $410 million in awards have been given, with an estimated 54,000 jobs created.

Austin has arranged an ecosystem that welcomes early-stage companies in particular. Our incubators, notably the Austin Technology Incubator, and Capital Factory, nourish young companies. Our universities, which include the University of Texas and Texas A&M, feed our talent pool, as do colleges from the southeast and Midwest. A recent Jones Lang LaSalle (JLL) reportranked Austin as the fifth major U.S. technology market out of 20 surveyed. Austin’s nearly 2,600 tech companies provide 50,000 jobs; the sector grew by 8.1 percent in 2012. When you consider that each innovation job creates an additional five jobs in the local economy, it’s no wonder that Austin continues to see net growth, even during the national recession.

Greater Austin is one of the nation’s fastest-growing metropolitan area according to the most recent available statistics; 65 percent of the population migrated here.

In addition to a favorable funding, regulatory and legal environment for businesses, Austin boasts housing costs, utility expenses and tax burdens that are lower than most of the rest of the country. Texans don’t have to pay corporate or personal income tax. It is 47th of the 50 states in terms of taxes paid per $1,000 of personal income, according to the local chamber of commerce.

Compare that to Silicon Valley, where housing prices are more than three times higher than in Austin, and hefty taxes and regulations challenge the ability for companies to compete on securing the best talent.

Like Austin, Silicon Valley started organically. Back in the 1980s, it used to be the Valley against Boston. The Valley won because of its casual culture, freedom to experiment, and collaborative environment . People flocked from the Midwest and elsewhere to pursue their entrepreneurship and innovation dreams.

That’s akin to where Austin is today. The JLL report termed Austin a rising market, whereas Silicon Valley and San Francisco are closer to being peaking markets. Investors love our open landscape, literally and figuratively: information sharing and collaboration are standard practice here in Austin. Our seed rounds may be smaller, but we focus on organic growth to scale our companies, cultivating a sustainable environment in the process.

Everything Silicon Valley is doing, we’re doing, too — just on a smaller scale. And that comes with its own unique benefits. 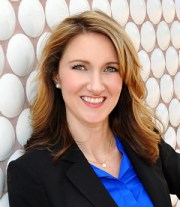 Julie Huls has served as the President and CEO of the Austin Technology Council since 2009 where she collaborates regularly with state and national leaders on economic and workforce policy development.