Over the past few years opportunities for venture capitalists in Italy have expanded to look like a delicious pizza with all the best investor-focused toppings.

For instance, there’s a rising tide of tech-orientated entrepreneurs, favorable legal reforms, tax incentives, a swelling pool of highly skilled technical talent and the emergence of incubators and accelerators are among some of the contributors to an increasingly attractive Italian tech ecosystem. In the past 12 months alone 1,800 startups have set up in Italy — yet there are currently only 22 VCs.

Clearly, there are opportunities for more VCs to enter the market. And, there’s scope for these potential VCs to manage bigger deals as the concentration of startups at early-stage in Italy is high, with funding currently in the hands of very few — realistically, fewer than 10 VCs.

A notable fund for private equity, Fondo Italiano di Investimento — an Italian version if the European Investment Fund (EIF) — also recently allocated part of its capital (€50 million or $68.2 million) to VC funds, providing a key opportunity to start new funds and increase the capitalization of the market.

Overall, there are 33 institutional investors in Italy comprising 22 VCs, five incubators/accelerators, four public funds, one family office, and one angel network. These existing investors (and the infrastructure they are carving out) provide a key driver for attracting further investment interest.

Additional attractions include a pool of highly skilled technical talent: developers, engineers, and hackers who gather at events such as HackItaly and Codemotion. Some of these developers have been involved in recent top-level talent acquisitions like Glancee in 2012 and Monoidics in 2013, which were both acquired by Facebook. The country also hosts two of the world’s best technical institutions — the Politecnico Sant Anna and the Politecnico of Torino. The presence of these institutions provides a continuous flow of graduates into the skilled labor pool.

Recent changes in government legislation with the Startup Act have also enhanced the landscape for VCs. During the Monti Government the Ministry of Economic Development formed a task force, of which I was a part, that produced a new holistic framework for startups.

Back in October 2012, those aforementioned changes were then legislated into a set of innovative reforms that simplify the creation of new companies and facilitates private investments. The reforms include a tax break of 19-27 percent on investments fueling startups, public guarantees on bank loans covering 80 percent of the sum, fail-fast mechanisms, a 35 percent tax credit for the hiring of highly-skilled personnel, and flexible labor laws. All of these measures are essential to creating a vibrant VC market.

The recent international achievements of some of Italy’s digital companies should also instill confidence in potential VCs, since the ability to scale up and compete on a global stage is vital to startup success. Companies like Cloud4wi, MusixMatch, and AppsBuilder have expanded their market reach and are growing globally. Many Italian startups — such as Mashape, Timbuktu, and Snip2Code — are even making waves in Silicon Valley after moving their headquarters there. And fashion e-commerce site Yoox is now frequently dubbed “the Amazon of fashion” and currently worth more than $2.7 billion. Also, Bravofly Rumbo Group’s recent IPO announcement has also shone the global spotlight on Italian-run companies.

In closing, Italy has caught up with global digital trends and is offering an increasingly enticing landscape for venture capital. Evidence of this is shown by the burgeoning tech-ecosystem, and aided by increased institutional funding, government legislation, and the recent success of digital companies on a global level. It is only a matter of time before investment from outside of Italy takes hold on a large scale.

[Author’s note: With thanks to Startup Italia and Ministero dello Sviluppo Economico.] 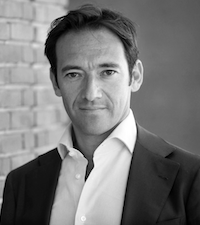 Massimiliano Magrini is the co-founder and managing partner of United Ventures. He was previously charged with managing Google Italy, Google Spain, and Portugal as well as founder of tech seed fund Annapurna Ventures. Massimiliano graduated in Political Science from the University of Bologna and took part in the Task Force on startups for the Ministry of Economic Development and has actively contributed to the creation of the report on venture capitalism in Italy. In addition to his roles at United Ventures,  Massimiliano is currently VP of the Touring Club Italiano, board member of the American Chamber of Commerce, and sits on the board of directors for AppsBuilder, Paperlit, and 20 Lines.