What do a major social network, happening news website, and a rising database company have in common?  They are all ‘Made in New York.’

Just a couple of days ago, Techcrunch announced that famous incubator AngelPad was opening up a large office in New York City.  The incubator, which was previously fully based in Silicon Valley and has raised $100 million for its startups, now views New York as its new hub for East Coast investments.

That news highlights a major new trend developing since 2007 but accelerating rapidly in the past year: the Big Apple’s rise as the new hub for startup creation and investment.

New York City is now home to over 1,000 startups. Hundreds of them are venture-backed, and hundreds more are backed by angel funding from the New York Angels and other leading investing groups.

Ten years ago, those types of numbers would only have been used to characterize Silicon Valley.  Seattle, New York, and Boston were mere outposts of the tech world; far flung tentacles on a body centered firmly in California. But now that has changed and New York is the center of the East Coast’s rapidly rising startup world.

The question is, are these numbers, and the rapid growth of the Big Apple’s startup community, sustainable?  Yes: because of New York’s confluence of financial resources, committed individuals, and landmark public private partnerships, the city’s startup community should continue to grow in the next decade.

First, the financial resources. The tri-state is the wealthiest region of the United States. The annual GDP of New York City alone exceeds $1 trillion, and Manhattan has the nation’s highest concentration of high net worth individuals in any large city.  Before 2007, these resources were highly concentrated in finance but, after the landmark recession, the city began to pour resources into creating a new, sustainable industry for the city to rest its laurels on: tech.

This mixture of new public and private resources has pushed tech’s rise steadily. Perhaps the greatest example is the new Cornell-Technion partnership, which will build a new startup-themed campus on Roosevelt Island with donated city land, over $1 billion in Cornell University money, Israeli engineering expertise, and the mentorship and support of much of the New York startup community.

Also at the root of the tri-state’s startup growth is its focus on smaller, expansion-oriented, consumer-facing companies that can leverage the tri-state’s vast population of individual private investors and take advantage of its strong mix of media and advertising. My own company, Pervasive Group Inc., leveraged relationships with the New York Angels, the group I invest with, the Tech Launch accelerator our company participated in, and investors across the tri-state to raise its angel round and fund MMGuardian, a parental control app for Android that is aptly suited to take advantage of the Big Apple’s exciting media environment.

Pervasive Group is just one example; dozens of young startups, including early-stage companies SureDone and Nimbusbase, have taken advantage of the city’s unique characteristics to thrive in the Big Apple. SureDone, which is an advanced e-commerce solution for merchants, works in one of New York’s most famous incubators, General Assembly, and recently raised its seed round from the New York Angels. The company, which was born and raised in New York and is now expanding rapidly here, has grown exclusively through the Big Apple’s resources and is an example of how New York can now nurture seed companies without any involvement from Silicon Valley.

New York was once known as the financial capital of the world. Money moved here – and still does. But now the Big Apple can add something more – it can be the city that incubates companies, not just the one that finances them. 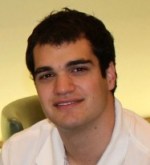