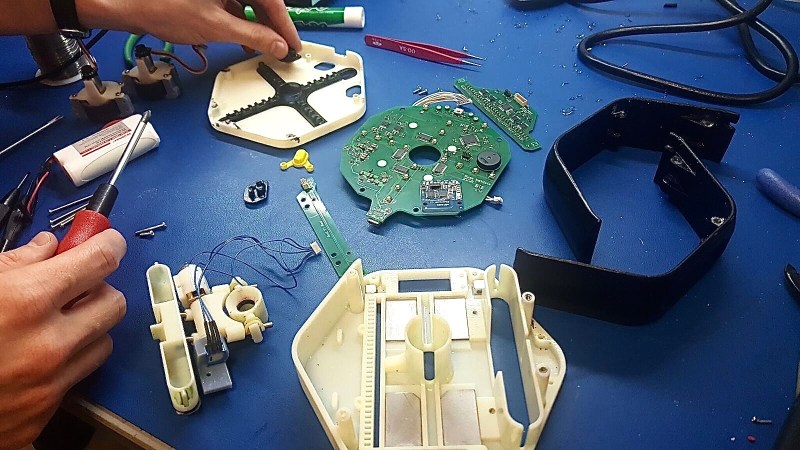 Audience: Fortunately I work at a startup that’s building a service, trying to solve problems, but as an engineer I’m pretty excited by hardware. I love buying it and playing with it. Why do you feel so strongly that a hardware product will need something more than that today?

Roberts: There has to be hardware for Grit Labs to fund it. I just don’t think that the hardware is generally the most challenging piece of the solution. It’s going to be about the intelligence, about how this solution operates in the customer constraints. I’m not saying I’m not interested in hardware. I’m an electrical engineer by background. It’s just not where we’re seeing the innovation come from. 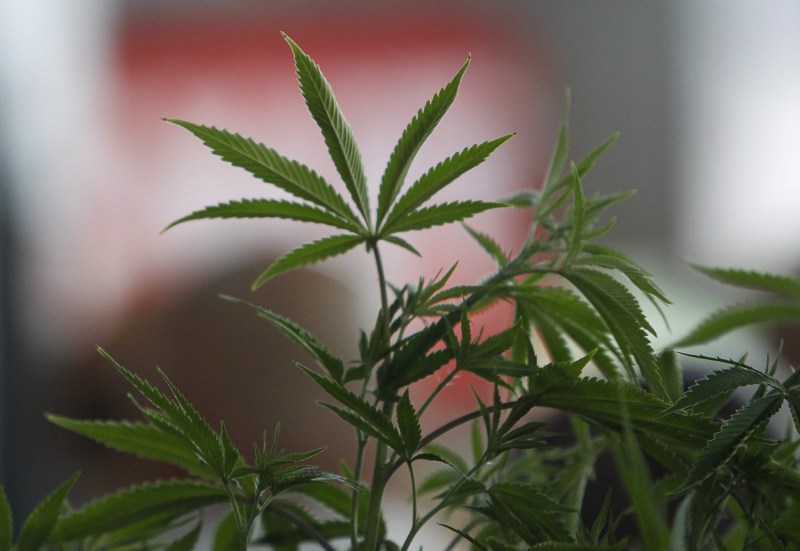 Audience: When it comes to a cannabis startup, what would you recommend as the best avenue for trying to get funding?

Lindenbaum: We see cannabis as a high-value crop. If you compare it to something like soybeans or corn, corn is about $55 a bushel and cannabis is $1,000 a pound. There’s a fairly large margin difference. When you see an incremental improvement with something that’s a commodity at that cost, it goes a long way. When you have margins approaching 80 percent, there’s a lot of additional capital to collapse into the adoption cycle.

In all cases, in all of our businesses, whether it’s hardware, software, anything, this is all about customers and adoption curves. If you can collapse an adoption curve in any environment, it makes sense. In particular, agriculture and food have been areas where gray technology has been very hard to bring into the native strains, because the timelines and the margins have not allowed for rapid advancement. Only now are we seeing food and agriculture move more quickly in that category.

We don’t invest directly in cannabis as a thing. We invest in picks and shovels. We just funded a connected diagnostic company for the lab business, because all the cannabis that anybody wants to go out and buy needs to be tested now. That’s a huge backlog. That’s an area where these guys are essentially going from a few thousand dollars a month to hundreds of thousands of dollars a month in sales in only a few months. I don’t care what your business is. When we see an arc that’s going to move that way, we want to know more about it.

It’s all about finding the pieces of the story that make sense. Robotics and cannabis, the ag story—Blue Robotics is doing some interesting things. These are some big problems that need to be solved. Then you move on to stronger areas when the economics are easier to manage over time.

Audience: Hardware can’t succeed without good software, and the reverse is true as well. Software needs compact, efficient hardware. What makes the decision to fund or not to fund when you’re presented with something that has to work forward in both areas?

Edelhart: Margin, and predictable margins. One of the challenges—I’m a relatively small fund compared to some of the others up here. In hardware it’s more difficult to know in the beginning what the unit economics will be, what the margin will be. You don’t know the yields. You don’t know a lot of things.

The more the entrepreneur can help bring that forward – we’ve done some test runs, we’ve done this, we’ve done that, we have a sense of how this will naturally scale as a business – it makes it much easier for us to understand. If we don’t understand that, maybe the company will take $1 million to get to a product, or maybe it’ll take $10 million, or $100 million. That can be a big challenge for us, because we don’t have the resources to support an unbounded requirement for capital.

With software, it’s easier, in many cases, to understand what the fundamental unit economics are. It’s easier for a fund sitting in front of a software company to say, “Okay, we see what the hard costs are. We see how it amortizes. We get a sense of what the margins are going to be, how much cash we’re going to need, and we’re comfortable with that.” That’s one reason for the sort of prejudice toward software. In the beginning, it’s easier for us to analyze and get comfortable with.

Roberts: I like having a customer lock, because it’s so competitive in every single category. As an example, we funded a robotic harvester that does strawberries. It’s called Tortuga. Initially, it’s going down the aisles in a greenhouse and picking strawberries, and that’s very hard to do. But you can imagine, once you’re in there and you have a service business model, where you’re doing the harvest business for them–again, you’re not doing 100 percent of it initially. You’re doing five percent of it. But now you can start to bring in the intelligence and the analytics and all the things AI has to offer. Now you have more of a customer lock, so that when someone else comes and says, “I have a better strawberry picker,” you have a path forward with that customer. You may substitute a piece of the hardware. Maybe there’s a better arm that picks. What I like is just that ability to upgrade constantly and delight the customer over many years.

Audience: We have a hardware startup. We do an ECG, fully autonomously, from one wrist, and we’re using that to read heart rate variability. While we have one hardware with our sensors, there’s a lot of potential for different applications to be built around that.

Lindenbaum: If you want to dig in — if you come to us you might say, “Well, what should I do?” We don’t know. You tell us.

Edelhart: Also, the ability to capture heart rate variability is a description of a product attribute. A company that starts with the understanding of the behavior of heartbeat in certain situations has huge impact on certain kinds of organizations. Those organizations have certain kinds of problems that can be approached in this way. That’s a company.

Lindenbaum: The first thing you have to think about is, pick one. Who pays for it? Is it a private pay? Is it an insurance pay? Then you have to think about, do you have a regulatory permit? Once you solve all those pieces you can come back to us and say, this is what I’m going to do. This is who pays for it. This is my regulatory permit. The minute you talk about something involving a human body, flags go up all over the place. Get those solved, because in 10 seconds, three sentences, you can answer the first questions anybody was going to ask. 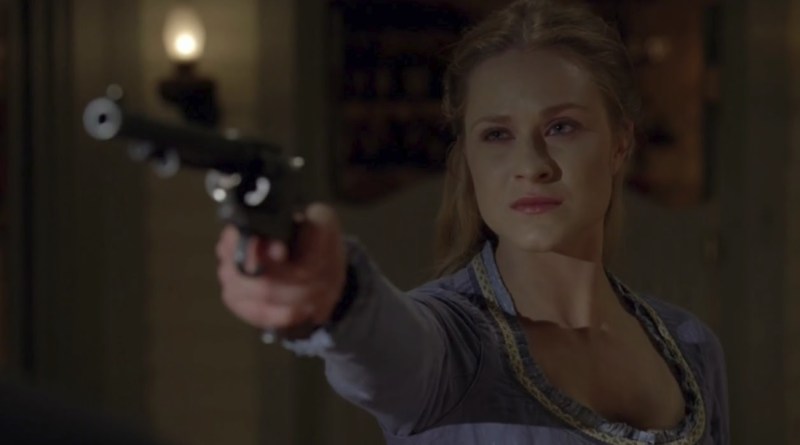 Audience: I wanted to ask about partnerships with other people interested in building around our technology. I’ve heard about mixed results from VCs based on who it is that we’re looking to partner with and what they do. What would you recommend for an investment pitch to present that, if we haven’t secured a partnership yet?

Lindenbaum: Don’t. If you don’t have it inked, don’t tell us.

Edelhart: I would say that startups partnering with startups is multiplying fractures. It’s getting smaller, not getting bigger. Neither side is big enough to help the other and it’s a pure distraction from both sides. If you want to partner up, fine, but to me, that’s a customer. Find customers who are bigger than you and have their large amounts of money flow to you so you can start getting bigger. Don’t distract yourself with partnerships in that sense. I don’t know the particulars, but it tends not to work. Neither side has enough resources. Both sides are changing. It’s like when teenagers date. It’s not going to last.

VentureBeat: I caught the season opener of Westworld, and my last request is, please don’t fund any of that stuff. We don’t need robots who are just like us. We don’t want to go there.

Edelhart: I heard that thing about the plastic-eating microbe, and it sounded so much like the beginning of a 1950s horror movie to me. “Then it started eating things that weren’t plastic!”

Roberts: It’s actually a really exciting field for our children and the next generation. The ethics around AI are quite complex. That’s going to open up all kinds of new fields as we get into human interaction. What I’ve been talking about, at least, is very contained. It’s transactional. It’s replacing an unpleasant job with a robot, but it’s not social robotics, interacting with people. That’s going to be fascinating.