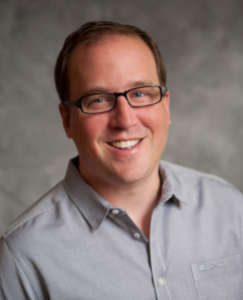 Startup incubator TechStars announced today it has raised a new $24 million fund, providing an additional $100,000 for each of the companies under its wing.

“This additional funding will allow TechStars companies to stay focused on making progress during the three-month program instead of spending that valuable time on early fundraising in order to make ends meet,” says TechStars founder and CEO, David Cohen (pictured). “It’s also enough funding to entice a broader spectrum of would-be entrepreneurs to consider TechStars.”

Cohen says the funding is provided by several individuals and funds who will be able to support and advise companies in the TechStars portfolio. He says this type of broad-based financial backing will help companies avoid the signaling problems associated with taking money from a single venture fund or investor.

The additional $100,000 each company will receive is in the form of a convertible note. The funding applies to all 2012 programs, including those in Boston, Boulder, New York City, Seattle and TechStars Cloud.

This funding is a competitive move by TechStars after some recent shake-ups in the investment community. Most recently, Kai-Fu Lee, the former head of Google China, announced a $180 million fund-raise for Innovation Works, a startup incubator for he founded two years ago.

There’s also the need to stay competitive now that  investors Yuri Milner and Ron Conway have teamed up to offer a blanket investment to every new startup from the Y Combinator incubator. Milner previously shook-up venture capital practices when he made investments in Facebook, Zynga and Groupon at very high valuations and Conway runs the SV Angel investment fund.

The latest Y Combinator class is composed of 40 startups and Milner and Conway are investing in them, sight unseen, with an offer of $150,000 in convertible debt. Typically, Y Combinator startups get $15,000 to $20,000 during the first few months of their projects. Now angels are being forced to match Conway and Milner’s generous terms, or lose deals.