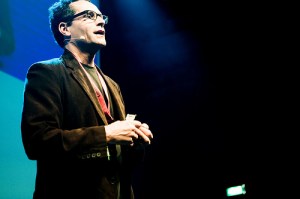 word “Wordnik” isn’t in the dictionary. But with $8 million in third-round financing and a Google exec on its board, the company called Wordnik just might redefine what a dictionary is.

Along with the new round of funding, Wordnik score Google’s vice president of product management Bradley Horowitz (pictured right), who oversees Google+ and other aspects of Google’s social strategy, as a board member.

The company believes “people understand words best when they can see them in real-world context,” and uses linguistic data mined from the internet to provide alternatives to traditional dictionary definitions. A Wordnik definition page provides multiple definitions, examples, related words, comments, tweets, and usage stats. Now, however, Wordnik is using Horowitz to take their product mainstream.

“Bradley is somebody who has been steeped in next generation tech and has access to consumers,” Joe Hyrkin, chief executive of Wordnik told VentureBeat. “A lot it is having him dig under the hood of our technology and help us map out how to turn these things mainstream.”

Hyrkin and Horowitz worked together at Virage, a video publishing and discovery company. Horowitz saw Virage through its IPO and acquisition by enterprise search company Autonomy in 2003.

Wordnik created a business based on the fact that words have varying definitions based on the content in which they are placed. The company is currently building out applications focused on “meaning discovery.”

The first product allows publishers to understand what kind of advertising should be served based on contextual analysis of their web content. Hyrkin explained, “’First base’ can mean the start of a project, baseball, or in the case of my 12 year old son, a first kiss.” Applying that kind of intelligence to web content can, the company hopes, help deliver more relevant ads. 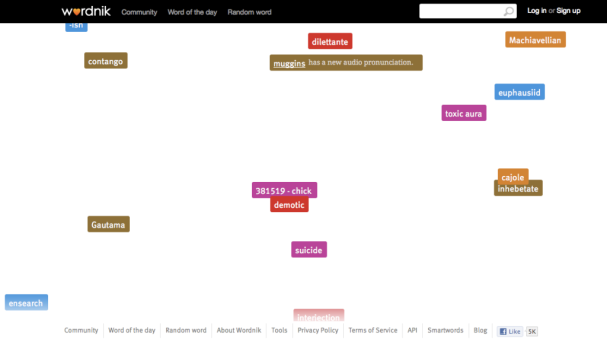 The second product is what Hyrkin refers to as “next content” discovery. In essence, Wordnik wants to identify and supply relevant content based on words within a webpage. The company is still deep in user interface experiments and is unsure how this will play out, but knows that there needs to be more than just a link to content. “There needs to be a creative way for users to interact,” Hyrkin said.

According to Hyrkin, Horowitz hasn’t gotten his feet totally wet in the Wordnik pool, but expects that he will be an “active board member” and help with many different levels of expertise.

“He can geek out with geekiest and is very smart at a business level too. He’s a great translator.”

Wordnik has raised $12.8 million in funding from Lucas Venture Group, Mohr Davidow Ventures, Floodgate, Baseline Ventures, Roger McNamee and private investors. The company was founded in 2008 and is located in San Mateo, Calif.