Shanghai-based workplace collaboration platform Teambition announced this week that it has raised $12 million in Series B funding from investors including NLVC, IDG, Vangoo Capital, and Gobi Partners.

Teambition is an online platform that allows for workplace collaboration on things like events, tasks, posts, and cloud-based file libraries. Immediate comparisons that come to mind include Planner, Asana, Basecamp, Wunderlist, Trello, Slack, Jive, Dropbox, Google for Work, and even Microsoft 365.

This Series B round brings Teambition’s total funding to date to $17 million — it previously raised a $5 million Series A in December last year, and was, ironically, a 2013 graduate of Microsoft Ventures Accelerator program in Beijing. The company declined to comment on valuation.

The money will be used to further build out its existing freemium model, expand sales efforts, diversify the team, and hire more global talent from outside China. It also plans to adapt and customize the product “to what specific industries need to collaborate.” 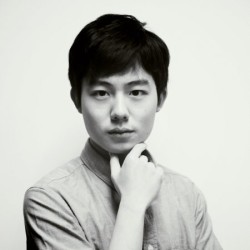 Teambition’s chief executive, Junyuan Qi, a 2012 graduate in management information systems from the Shanghai Jiao Tong University, told VentureBeat he is confident of strong traction in China going forward, but is also looking to grow internationally.

To that end, the company recently hired Paris-based Florian Monfort to head up international growth. Monfort, who has experience at companies like Dropbox and LibreOffice, will be moving to Shanghai in the coming weeks.

“If you think about services available on the Market today, they are mostly separate and/or bundled,” Monfort told VentureBeat. “This is as close as we get to any form of integration and interaction between each collaboration function.”

“We tackle this by creating an application that has the primary features those services provides, all integrated into one app. This means one account that everybody can use without having to jump between services and apps all the time,” he added.

Teambition is available on both Android and iOS, but also Mac and Windows. Here’s a further breakdown of some of the key functionality it offers, as laid out in the product description:

Tasks — On Task Board, you can share project progress with your colleagues straightforwardly, break tasks down to sub-tasks, add attachments and deadline. And all of these can be discussed in real-time .

Posts — You can share your ideas and knowledge with other members on Post Wall. All the posts are editable, and all the involved members will be noticed when the posts are updated. We also provide a Chrome add-on to help you sharing posts easier.

File library — As convenient as Dropbox, File Library is where to share documents with your colleagues and keep them updated. Each shared document can be discussed specifically. And best of all, Teambition File Library offers unlimited storage.

Events — Arrange a meeting and invite members to participate, and start online discussion on Teambition Events. We offer a subscription link which you can subscribe to your calendar app.

But to gain popularity and grow beyond China — clearly something that is playing on the company’s mind, now more than ever — it will need to persuade both free and paying users that it can be trusted with their data. As of now, all of its servers are still based inside mainland China, and that might not sit comfortably with everyone.

Monfort offers an example of how a developer who’s doing some programming based on a task on the platform may benefit.

“The task has some content linked to it: a design file, a post, and an event,” he said. “We let people link content, not only files. People can link to a task Teambition posts, events, or other tasks. Now, every time the designer will change the mock-ups, the developer will receive a notification in this task saying something has been updated.” 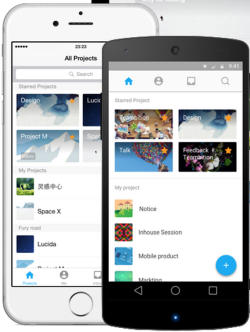 “This means at the end of the day, everybody works on the same content and items, in the search for a precise goal defined by the project itself. No need for extra services, everything you need is in there. We also put an extreme emphasis on mobile. Being China based, we evolve in a market where mobile and apps dominate,” he added.

In its home market, the company faces the strongest competition in its space from local players, including Worktile, Tower, and Mingdao. As of now, the only number it’s sharing is users, which stand at 500,000, as of August. It declined to comment on revenue or China market share.

Ultimately, Teambition sees Microsoft 365 as its single biggest competitor globally — Monfort believes the Redmond-based giant has moved forward by leaps and bounds on the productivity front under Satya Nadella’s leadership.

“This has made it a bit more difficult today, though I also believe that our value proposition sets us apart enough that we can feed on different pies,” he concluded.

Bringing in more integration with existing players is something that the company may consider going forward, but for now it wants to focus on creating a solid user experience — and not risk sacrificing that by stretching its “limited resources” too thin.

If you’re a China tech watcher, these guys are probably worth keeping on your radar.