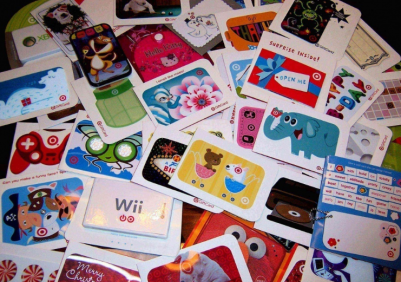 Who says gift cards aren’t cool? After landing $5.5 million in a first round of funding last November, social gifting service Wrapp, which lets you easily send gift cards to friends through Facebook, today announced that it’s received an additional $5 million for the round led by Greylock Partners and international VC firm Atomico.

Adding even more cred to the company is LinkedIn founder Reid Hoffman, a partner at Greylock, who will be joining Wrapp’s board. He’ll be serving alongside Skype and Kazaa co-founder Niklas Zennström, who also co-founded Atomico.

The funding will help Wrapp accelerate its expansion into the U.S. and U.K. after finding success in its home country of Sweden over the past few months. The company says that in Sweden it sent over 250,000 gift cards in December, and it’s continuing to grow about 30 percent every week. As of the past three months, 2 percent of Sweden’s population of 9 million are active on the service.

“Our biggest issue right now is that we grow so quickly, we’re running out of [retail] campaigns,” said Wrapp CEO and co-founder Hjalmar Winbladh in an interview with VentureBeat. He went on to say that the company needed to arrange additional retail campaigns faster than it originally thought. Wrapp now has 30 major retailers in Sweden participating in its service, as well as hundreds of smaller retailers.

Wrapp connects to your Facebook account to let you know when friends and family have upcoming birthdays. After gifting a card to a friend through the Wrapp mobile or web app, other friends can see the card on the recipient’s Facebook account and chip in additional funds.

The gift card remains “wrapped” on the recipient’s Facebook page until the day of their birthday, which adds a nice bit of mystery to a traditionally boring gift card transaction. Wrapp’s cards can only be redeemed using its Android or iPhone app, which adds a nice viral element to the service, since every recipient instantly becomes an active Wrapp user.

Winbladh tells me that women between 22 and 35 are the most active users on the service. That’s a good thing, since they’re statistically the biggest shopping demographic worldwide. As for Wrapp’s U.S. strategy, Winbladh says the company will target large nationwide chains and then focus on more regional retailers.

Wrapp is particularly appealing for retailers since they don’t have to pay anything until someone redeems a gift card, and even then retailers using the service say that every redemption has been profitable. Since Wrapp relies on Facebook data, retailers can also use it to target specific consumers by age, gender, and location.

Stockholm, Sweden-based Wrapp also has offices in Silicon Valley. Thus far, it has raised a total of $10.5 million.