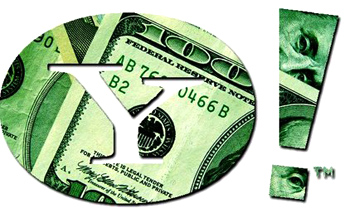 Yahoo’s board is considering selling its holdings of Alibaba Group and its Japanese affiliate back to the majority owners, a move that would score the company around $17 billion as it tries to find solid footing in troublesome year.

Yahoo has been shaky in 2011 with falling revenues and uncertainty after the firing of CEO Carol Bartz. A cash infusion and and restructuring of assets might be just the thing to help the company find its center again.

The company is expected to sell its entire stake of Yahoo Japan back to majority shareholder Softbank, and sell most of its stake in huge Chinese Internet company Alibaba, according to the New York Times. It will likely keep a 15 percent stake of Alibaba Group.

Along with today’s reports on the Asian assets, AllThingsD is reporting that Yahoo has intensified its difficult search for a CEO replacement. Potential candidates in the running include Google business lead Nikesh Arora, Hulu CEO Jason Kilar, and Juniper CEO Kevin Johnson.

However, take those names with a grain of salt because the report is using unnamed sources, and Yahoo’s board is notoriously fickle with its decision-making. But at the heart of the matter, a new CEO, if it could install one soon, could help lead the sale of the company’s Asian properties and re-focus the company on products.

Yahoo’s stock on the Nasdaq exchange increased nearly 6 percent today on the Asian asset sale and CEO rumors, and now sits at about $16 a share.