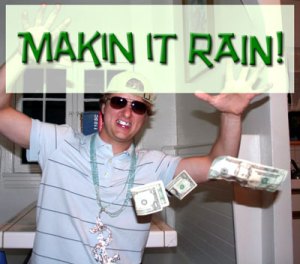 Venture capital megafirm Andreessen-Horowitz is likely in the process of doing some fundraising.

Sources say the firm could be looking for up to $1.5 billion — an amount that would almost double the amount of current funds it has under management. Currently, the firm holds three funds totally $1.75 billion.

Two anonymous sources told the New York Times the funding from this alleged new raise would be divided into a $900 million fund and a $600 million fund.

The firm launched in 2009. Andreessen Horowitz last raised funding in October 2011, when it gathered $900 million for a third fund.

While Andreessen managed to scrape together a total of $1.1 billion in funding in 2011, most VCs had a lackluster year for fundraising.

With 135 U.S. venture capital funds raising $16.2 billion, representing a 12 percent decline in the number of funds raised this past year, analysts have been saying the recession is still very much in effect. Altogether, funds raised by VCs during 2011 came in at just more than half of the 2008 total. In particular, early- and multi-stage funds suffered last year.

The firm also pledged to give $50,000 to every Y Combinator startup. The incubator has been increasing its semi-annual class size to more than 60 startups per class, so that will cost the firm around $6 million or more annually.