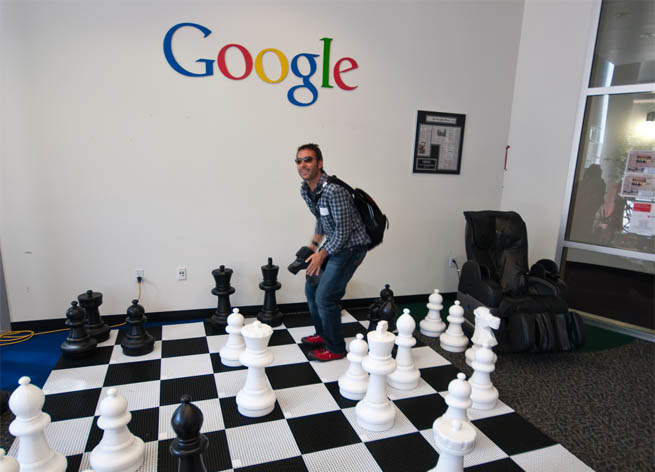 Let’s face it, apps are the new sexy.  They’re an easy path to success, right?

With companies like Instagram being purchased for $1 billion, everyone hopes their application is going to become the next big hit. But with the hundreds of thousands of apps on the market, only a few are going to be huge successes.

This is where platform choice becomes critical. Having reliable vendors, massive distribution channels, and the ability to rapidly bring products to market sounds like a gift from the startup gods. At the same time, relying too much on a single vendor, a single distribution channel or a single product can make it difficult to both scale and stay successful. The platform you choose may determine the fate of your business. Instead of relying upon OPP (other people’s platforms), why not build, control, and own your own?

Entrapment by the “Gang of Four”

In the book, The Age of the Platform: How Amazon, Apple, Facebook, and Google Have Redefined Business, author Phil Simon explains how the “Gang of Four” are leveraging their platforms to succeed, making thousands of other businesses and millions of consumers reliant on them in the process. Few talk about the Internet without talking about these platforms.

When I asked Phil Simon about Digg, he said, “I wouldn’t say that Digg failed ‘as a platform’ because I’m not entirely convinced that it ever was one. They made two fundamental mistakes: their improvements weren’t innovative enough, and companies like Twitter and Facebook more or less co-opted Digg. In 2004, the idea of doing one thing on one site made sense; but in the Age of the Platform, people no longer want to use single-purpose sites as much as all-encompassing platforms.”

Digg never became a critical tool in the arsenal of its customers in the same way the Gang of Four have. It wasn’t a platform customers relied upon for critical needs, and so its disappearance caused no pain to anyone but its VCs.

While Instagram leveraged the Gang of Four, it became its own social platform in the process, with people relying on it to power their photo sharing experiences. Certainly Instagram’s growth wouldn’t have been as explosive if it wasn’t for OPP, but it still controlled its own destiny and caused a rushed acquisition to thwart the hugh threat to Facebook.

You don’t need to build a massive global platform to succeed, but you will need to do two things: limit your exposure to OPP, and become your own platform.

Unfortunately, small businesses still have the mentality that a website is just for marketing, when in fact, your website can become a vital tool in your arsenal and serve as the launching platform to scale your business while limiting exposure to OPP. But if your website is not a critical part of your operation, then it’s not a platform and can’t be sufficiently leveraged to scale your business — yet.

Regardless of how popular OPP become, your website can be the platform upon which you can control your own destiny. With the least exposure to external forces, ultimately, your website can be the foundation upon which you build all other services — including mobile applications. Plus, wouldn’t it be cool to have people build on top of your platform, and make it so they can’t survive without it?

Take the first step: define the critical operations of your business, then start planning a website platform around them.

Mark Cenicola is the President and CEO BannerView.com and the author of “The Banner Brand: Small Business Success Comes from a BannerBrand, Build it on a Budget.”