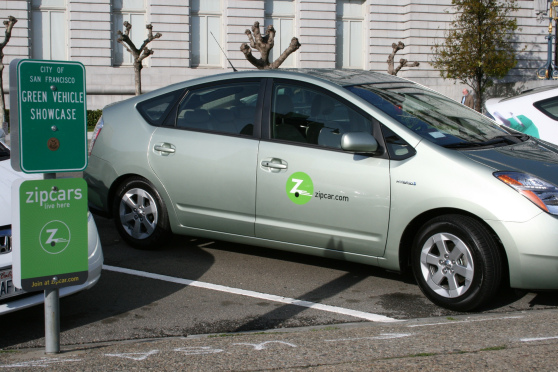 Hats off to Avis Budget Group for closing one of the most opportunistic deals in recent years. The company’s $500 million acquisition of Zipcar represents a 180-degree shift in strategy, and may put the company a step ahead in the fiercely competitive car rental market.

In the aftermath of the announcement, Zipcar came under a firestorm of flak from Silicon Valley’s commentators. The primary criticisms are that the company is under-valued, and that the acquisition will stunt the unstable and nascent car-sharing economy.

However, the acquisition adds legitimacy to the car-sharing space, and will propel younger rivals into the spotlight.

“It’s a big day for car sharing and a proof-point for the industry,” said Jessica Scorpio, cofounder of Getaround, on hearing the news. In an interview, Scorpio said it was a “good deal,” primarily because the car-sharing market is still in its infancy. “Zipcar’s value hasn’t been realized yet,” she explained.

Massachusetts-based Zipcar is the undisputed leader in the car-sharing market. It was one of the first to experiment with the sharing business model when it’s founder Robin Chase, a mother of three, saw evidence of car-sharing’s success in Berlin in the late 1990s and promptly received financing. This model would later be dubbed the ‘The Sharing Economy’ by its Bay Area advocates, including Zipcar early investor and former AOL chief executive Steve Case, and would later be adopted by services like Airbnb.

Zipcar manages a fleet of more than 10,000 for-rent vehicles spread across 19 metropolitan markets and over 300 college campuses. The 12-year-old car-sharing network has more than 730,000 members and about 1 million customers. The company booked 4 million total reservations in 2011.

At first look, this may seem impressive, but Zipcar has never been able to turn an annual profit, losing about $55 million since 2007. This prompted the Wall Street Journal to recently call it a “pretty awful” company.

Still, the new generation of startups view Zipcar as the pioneer in the space, paving the way for more feasible business models. The company was one of the first to experiment with hourly rentals, which allowed it to break into markets and demographics that traditional car-rental services like Hertz and Avis could not. The service found its niche with busy urbanites who rent nearby vehicles for weekend use, and often opt out of owning a car altogether.

From a purely financial perspective, it’s a fair deal.

Zipcar has struggled to grow its membership base and turn a profit. As entrepreneur Mark Rogowsky rightly points out in Forbes, there is a fundamental “structural issue” — users typically rent a Zipcar over the weekend. But Zipcar owns a fleet of roughly 10,000 for-rent vehicles and must pay for their upkeep and maintenance on a consistent basis.

An acquisition is also motivated by a company’s efforts to market to new customers. In a phone call with analysts, Avis CEO Ronald L. Nelson revealed that he was skeptical of car-sharing services in the past but viewed this acquisition as an opportunity to reach a younger demographic and increase weekend availability.

Avis hopes this will translate into revenue — it said it expects “to generate $50 to $70 million in annual synergies” in relation to the deal. The company also said it expects its full-year 2012 revenue to be about $7.3 billion, a 24 percent increase over 2011.

“What’s unique about Zipcar is the brand,” said Scorpio. “In terms of car-sharing, Zipcar is the top-notch experience.” She told me that traditional car-rental services have been sniffing at the heels of Silicon Valley startups for years, but that Getaround isn’t in the market for an acquisition.

“We have pretty frequent conversations with car rental [companies] and car automakers,” she said. “[But] I think the quick win is Zipcar if you can get it.”

Zipcar’s younger rivals will often tell you that its business model is broken, as the company is encumbered by its inventory. In its life span, it has needed to borrow $97 million to finance its fleet of cars.

“Thank God we don’t have that model,” said RelayRides‘ CEO Andre Haddad in an interview. “Their economics are different.”

The “peer-to-peer” model has numerous business advantages. It taps into the installed base of cars that people already own. For one thing, Getaround has developed some unique IP in the form of its hardware, its CarKit, which allows users to unlock a stranger’s car via a smartphone.

Both RelayRides and Getaround have seen faster adoption and have expanded to more cities than Zipcar. Getaround claims to have signed up over 10,000 car owners in a year and a half, while Zipcar took 12 years to build up its fleet of 10,000 cars.

While Zipcars often sit idle, Getaround has been able to capitalize and plans on “leveraging the 250 million cars that sit idle 22 hours per day,” according to Scorpio. Likewise, Relayrides, a service that lets you rent cars from anyone in your community, expanded last year from 2 cities in 2 states to 1,200 cities in 49 states.

With peer-to-peer, there are no parking or logistics issues, and scaling is more seamless. As Scorpio often says, “It’s about car access over ownership.”

Meanwhile, Zipcar couldn’t find a cost-effective way to increase its membership, and its growth rate hit the skids in the past three years. As the Wall Street Journal points out, Zipcar was a “prodigious money-loser” and consistently had to halt plans to move into Europe, which would take more resources than the company had at its disposal.

The news seems to have offended some commentators, who hit back with claims that such a move would stunt disruptive innovation, perhaps even knocking the confidence of younger players in the space.

Sarah Lacy of PandoDaily wrote about her many reasons for hating the deal, arguing that Zipcar has made “inroads into this oligopoly” and that with the “biggest disruptor gone … all the others are still fledgling.” She said that Avis is not a tech company and would be unlikely to push the envelope.

The deal may not be considered cool from Silicon Valley’s (somewhat insular) perspective, but it doesn’t appear to have affected morale.

As a whole, the ride-sharing space has experienced its ups and downs, most recently with lawsuits levied against services like Uber, Sidecar, and Lyft, but yesterday’s acquisition isn’t one of them.