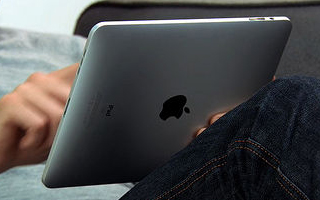 Zite, a personalized magazine app for the iPad, is said to be talking to CNN about an acquisition. According to at least one report, the news network is offering between $20 million ad $25 million for the tablet app startup.

At last week’s GROW conference in Vancouver, where Zite is headquartered, investors were gossiping about the deal. TechVibes‘ Rob Lewis said he confirmed the deal with “multiple independent sources.”

Zite CEO Mark Johnson played coy with VentureBeat as to whether or not the rumor is true, saying in an email, “We’re flattered to be part of such an interesting rumor, but we don’t comment on speculation.”

Zite uses its readers’ feeds to determine what kind of content they might like best. It then serves up that content in a slick, magazine-like format. As we wrote when the app launched, Zite combines the tablet magazine experience of content as epitomized by Flipboard with the content personalization seen in apps such as My6sense and Gravity. The result is an ostensibly beautiful and relevant user experience.

The app has been performing well in the App Store, garnering 120,000 downloads in its first week and earning a place in the top free apps section.

However, it’s also been taking some heat from large media organizations, a problem that could be mitigated by taking shelter under the legal and financial umbrella of a huge entity such as CNN. Shortly after the app’s launch, Zite received a cease and desist letter from Gannet, Dow Jones, the Associated Press, the Washington Post, Getty Images and a slew of other titans of content.

We’ve reached out to Zite for comment and will update this story once we hear back from the company.