Complexity and its GameSquare Esports parent firm are revealing Complexity Stars today as an initiative that will blend celebrities and esports pros to engage with gamers.

The initiative will blend the pro athletes from a leading esports organization with celebrities from other professions in a bid to draw more attention to esports content and engage gaming fans. It brings together the buzz around gaming, esports, professional athletes, and celebrities. It could pay off in getting a lot more views for the content they stars are making, and that could generate more revenue.

Complexity Stars will debut with a roster of star athletes from the NBA, WNBA, UFC, NFL, and MLB.

“Ever since our GameSquare acquisition back in July, Complexity Stars was something that was kind of top of mind for how we find ourselves in this really unique intersection with esports and traditional sports,” said Kyle Bautista, chief operating officer of Complexity, in an interview with GamesBeat. “The question was how we bring these things together and use our ownership and relationship with Jerry Jones in the association with the Dallas Cowboys.”

Complexity will curate customized strategies for Complexity Stars athletes to amplify their brand in the gaming community and engage the next generation of sports fans through tournaments, where Complexity will organize crossover competitions, esports tournaments, and other activations to create impactful brand integration opportunities.

It will also focus on content creation so athletes can easily livestream and create compelling content distributed across social channels to connect with gaming and sports fans. And Complexity will connect sponsors, create branded content and develop additional opportunities for brands to connect with fans. 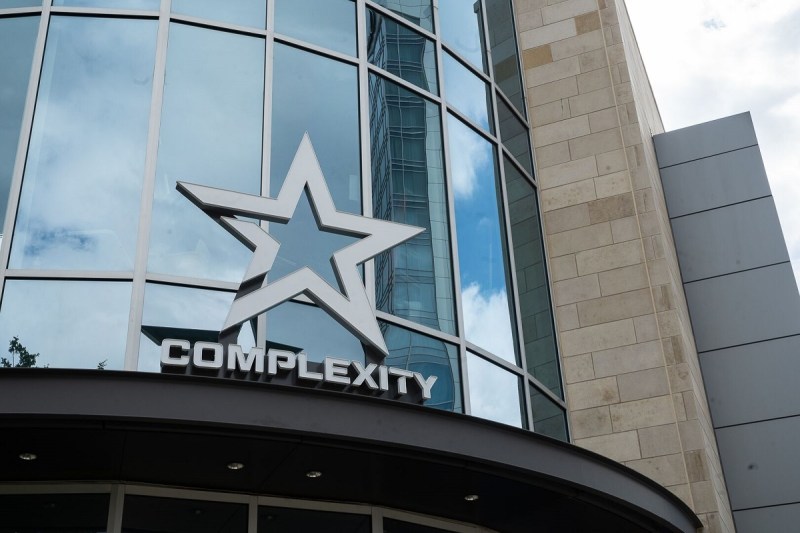 “Complexity Stars is an incredible gaming division where sports, entertainment, and gaming come together,” said Duane “Zeno” Jackson, GameSquare head of talent and special projects, in a statement. “There are amazing opportunities to collaborate with global talent through compelling content and tournaments that appeal to brands seeking to connect with the large, affluent, and growing gaming audience.”

Complexity Stars is supported by the GameSquare family of companies which bring deep expertise in digital media, marketing, and influencer representation in the United States and Europe.

Complexity Stars is co-located with the Dallas Cowboys, and so the thinking was to leverage the relationship more. Bautista said that many of the traditional athletes are video game fans who go back home at night to play their favorite games. And so Complexity Stars brings those passionate gamers on both the sports and esports fronts together.

“These groups also share the same values as Complexity, as they want to use their platforms to do something more, give back to the community, and serve those who are underserved,” Bautista said. “So we came up with this really diverse list of athletes from all different walks of life, both men and women. It has been a really exciting project for us being able to talk with them about their passions.”

“Monetization is definitely something that we are looking at. I think we see it as more on the events side. I think that being able to utilize these talent in pro/am events is something that we’re really excited about,” Bautista said. “These are superstar athletes and celebrities that all have their own individual following and fans. So being able to create IP utilizing their brands in combination with Complexity Stars gives us great options. We’re going to be looking to monetize them a lot on the event side of things, but they are celebrities and influencers in their own right as well.”

Complexity has more than 25 people working for it and more than 60 pro esports athletes. Complexity Stars will have some kickoff events soon that help galvanize Complexity’s 30 million fans.

“We’ve had a great year, as we picked up a Rocket League team in North America that qualified for the Rocket League major event in Stockholm. Our Apex teams continue to do well, as are our World of Warcraft and Valorant teams,” he said. “It’s been exciting.”