For many sports fans, Oakland, Calif. is best known for three teams: the Oakland Raiders, Golden State Warriors, and Oakland A’s. But if esports continues to grow at a rapid pace, the Evil Geniuses may soon join that hallowed list.

In the middle of a quiet suburb in Alameda County is the home and training facility for the Evil Geniuses Dota 2 esports team. (Evil Geniuses is a franchise that includes multiple teams competing in different games). Dota 2, from developer Valve, is a free 5-on-5 multiplayer online battle arena game (MOBA) where each team tries to destroy their opponents’ base. It’s one of the most popular games in the world, as well as an important part of the $493 million esports market.

Major tournaments regularly offer multi-million dollar prizes and attract a huge online audience. It all builds up to The International (TI), Valve’s annual Dota 2 world championship that takes place in Seattle’s KeyArena stadium. To date, Evil Geniuses is the only American team to ever win the tournament — at TI5 in 2015.

That puts a lot of pressure on team captain Andreas “Cr1t-” Nielsen, Ludwig “zai” Wåhlberg, Saahil “Universe” Arora, Sumail “Suma1L” Hassan, Artour “Arteezy” Babaev, and their coach, Clinton “Fear” Loomis. Like other professional athletes, the six young men live highly unusual lives. In a lot of ways, they’re in a 24/7 reality show, and not just because of their massive followings on social media.

When a few other reporters and I met with the team, a small crew of cameramen greeted us as we entered the house. They filmed part of our visit for True Sight, Valve’s online documentary series on Dota 2 esports. It was hard not to feel a little self-conscious while cameras and boom mics were inches away from my face.

But the players looked like they were used to the attention. They were preparing for the Boston Major, the first big tournament of the 2016-2017 season. 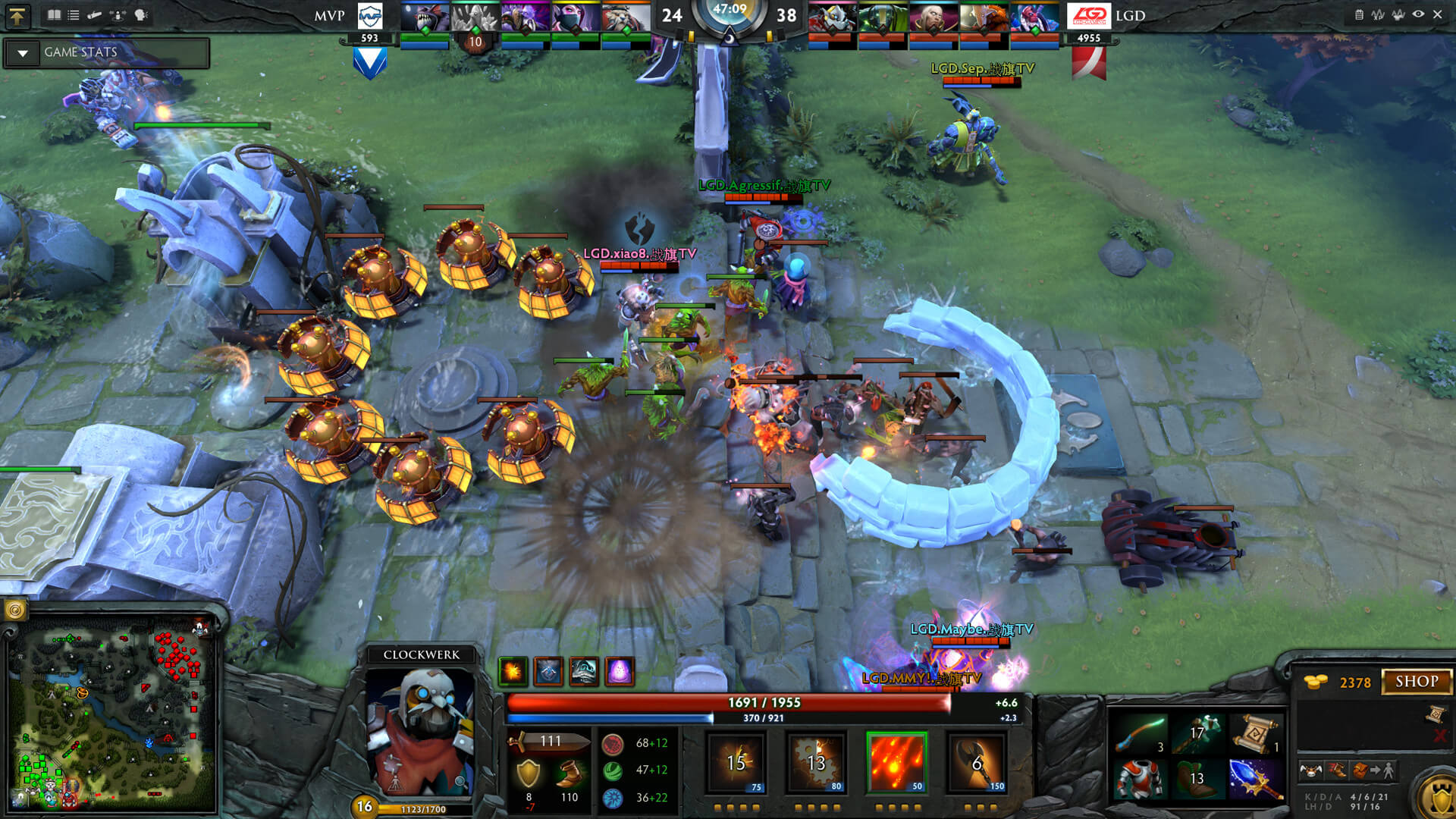 Above: A typical match in Dota 2.

Getting through a lengthy season

Dota 2 players live by a grueling schedule. Last year’s International, where Evil Geniuses finished in third and took home over $2 million, ended in mid-August. After that was the off-season, a chaotic time where teams can sign and drop players (sometimes entire rosters) in the hopes of putting together a championship-worthy squad. EG Dota 2 team manager Phillip Aram described it as “free agency and training camp” all rolled into one.

For Evil Geniuses, the time off lasted about a month before players came back in September to practice for a tournament in October. When that was over, they took another few weeks off before returning to Alameda to prepare for the new season. At the time of our visit, the team was in the middle of a six-week stretch of back-to-back events in which the players were either together at the house or on the road for tournaments. They didn’t have any time to visit their families.

“From a season standpoint, [Dota 2] is more like golf or tennis. It just kind of keeps going,” Aram told GamesBeat. “There isn’t really a break. It’s not like a traditional sport.”

While living in the same house isn’t necessary or always feasible for esports players, it seems to add some much-needed stability to EG’s busy lifestyle. Being in the same time zone, for instance, helps a lot when it comes to establishing discipline and practice routines.

The practice room is actually the first place you see when you walk through the five-bedroom house. The team has an array of PCs, headsets, chairs, and other accessories. Plastered on the walls are black-and-white art from Dota 2, as well as prominent logos for Comcast (one of their primary sponsors) and its Xfinity branding. 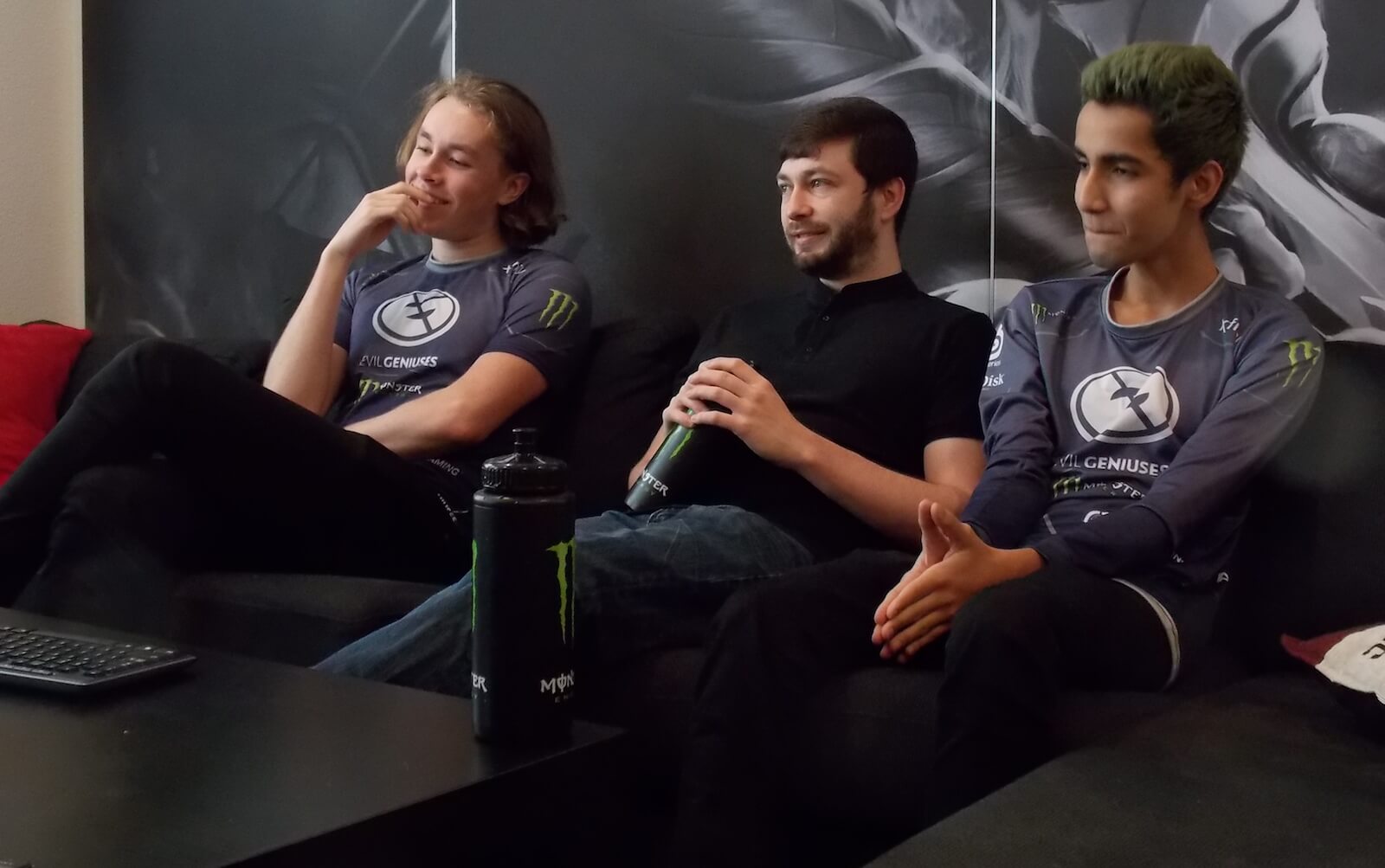 According to Loomis, the players usually start warming up around 10 or 11 a.m. every day. They scrimmage online against other professional teams for six hours and then devote the rest of their day to individual practices. Because their job involves sitting at their computers for long periods of time, the guys make sure to get up and move around as much as possible.

“I think we’re pretty good at just not sitting down for six or seven hours at once,” said the 19-year-old Wåhlberg. “We usually get up and go over [to the living room] and sit down and we talk. We go [out] for lunch … so we’re not just sitting for seven hours straight.” 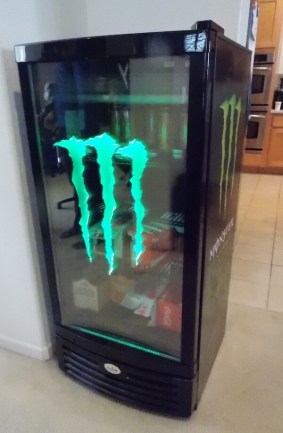 Above: The team’s go-to source for sodas and energy drinks.

The living room features more Dota 2 art and sponsor logos, as well as a large TV and a black couch. The room leads into a fairly ordinary kitchen stocked with basic necessities. A small mountain of Amazon Fresh containers were near the front door: Aram said they rely a lot on meal delivery services to feed the team.

The garage is perhaps the second most important place in the house after the practice area. Players like to spend their breaks there playing ping pong.

Most of the guys also exercise at a nearby gym a few times a week. And though they’re careful about what they eat, they also do plenty of burger runs at the local In-N-Out.

“They’re still kids at the end of the day,” said Aram.

Treating it as a job

While the Evil Geniuses’ training facility resembles a frat house in some ways — a fridge filled with energy drinks, bedrooms with clothes strewn all over the place, the ping-pong table — it’s also their office. And the players have to learn to respect it as such. Part of Aram’s role as the team manager is to work with the coach to make sure they consistently follow the rules.

“We have policies that sound normal in a traditional work environment, like being up an hour before your match to talk about it and prepare and warm up,” said Aram. “But in a lot of teams, guys roll out of bed and jump into [scrimmages] and do badly. … I think that’s something this team has that a lot of [others] probably don’t, which is regular accountability and talks you’d see in a more professional setting.”

Aram, who also lives in the house during the season, tries to stay out of strategizing discussions for Dota 2 — that’s for Loomis and Nielsen to handle. Instead, Aram sees his job as empowering the players so that they can perform to the best of their abilities. He makes sure they’re “working together toward the same goal and not against each other,” which he said is a common problem among teams. That involves both 1-on-1 talks and team meetings.