“I unfortunately think the FGC is in a terrible spot right now with how expensive it is to compete versus how much prize money is available at major events. There are no moments of doubt if it can be sustainable because quite simple it isn’t, and it can’t be if you are solely talking about winning prize money as a competitor,” he said.

Tournaments are not raking it in, either

It’s not as if the money for tournament prize pools is being withheld or earmarked elsewhere. It just isn’t there in the same way it is for other major esports. There is a very shallow pool that can provide for only the most elite fish in the most competitive games, and that isn’t a reality that tournament organizers (TOs) can easily change.

“Very very rarely do we hit more than breaking even,” said Joe Ciaramelli, better known as LI Joe, a cofounder and TO for East Coast Throwdown.

Founded in 2009, ECT has grown to become one of the East Coast’s biggest yearly majors. The first one took place in Morrisville, New Jersey, and featured, at most, 150 people,Ciaramelli estimates. Last year’s tournament broke a thousand.

On most years, after the dust has settled, the tournament has paid for itself, but it hasn’t generated much profit. Occasionally it loses an amount that is small enough to not raise any alarms for its founders.

“It hasn’t been rainbows and butterflies for every single ECT,” he said, but their fortunes have reversed as ECT turns the corner into the second decade of existence. “If it is losing money, I’m not crying over it.”

ECT is, relative to other fighting game tournaments, in a stable financial position. The margins are thin, but their doors are still open and the horizon is hopeful. It does not leave them in the position to put forward opulent cash prizes, however.

Like most fighting game tournaments, prize pools for each game at ECT are determined primarily by how many players register to compete. A portion of their registration fees  goes towards the overall prize pool, while the rest goes back to the organizers. How much players stand to win is usually directly proportional to the popularity of a given game.

The most significant influx of cash toward prize pools comes from publishers offering bonuses to support their games. Capcom added $50,000 to Street Fighter V’s pool at Evolution this year..

Dragon Ball FighterZ players benefited from Bandai Namco contributing $10,000 to the game’s pot. Bandai Namco has been more sheepish about supporting tournaments for Soulcalibur VI, which released just late last year. For the game’s debut at Evolution in the US, it received no bonus prize money from them, which is why Kayane and Saiyne, the players tied for 7th place, walked away from the hardest Soulcalibur VI tournament ever with $74.60 each.

Another way that the community has found to bolster their pots is through the use of Matcherino, a crowdfunding platform for esports events. Summer Jam 13, for instance, had its Soulcalibur VI pot increased by $1,301.50 thanks to a successful campaign.

But registration fees which contribute to the prize payout remains the most consistent, reliable, and proven method that organizers have to guarantee some money goes to their top competitors. This unfortunately ties the maximum available payout to a game’s popularity, and also means that the higher a game’s prize pool, the more shark-infested the waters must be. 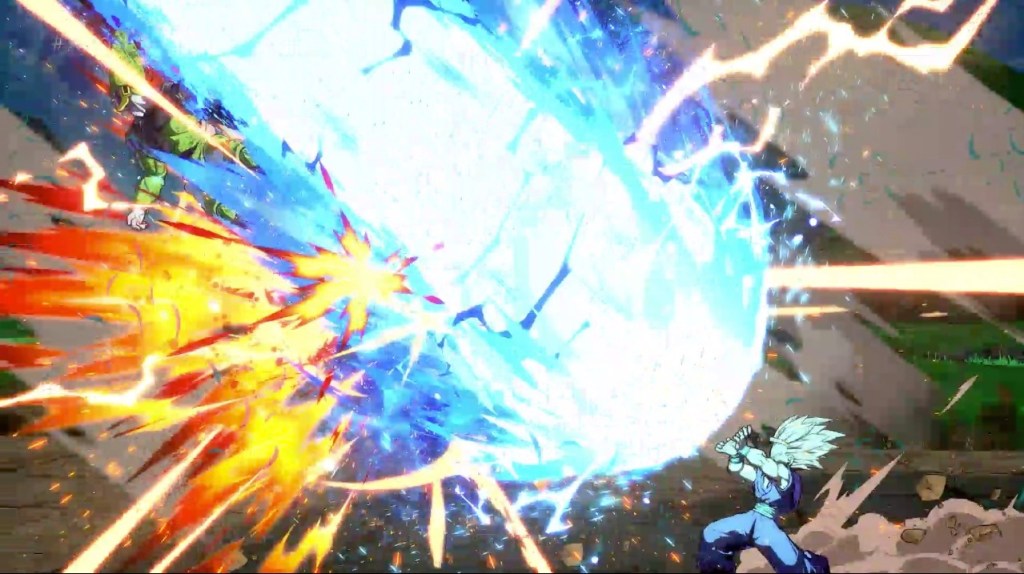 Registration is also one of the best shots that TOs have to break even on the substantial costs of running an event. Most big fighting game tournaments take place in the ballrooms of hotels. For example, ECT this year will be taking place in one of the Hilton Stamford’s ballrooms. The venue has to be rented for at least three days. According to Joe, most hotels do scaled contracts where the ballroom price corresponds to how many rooms are booked with a group code for the tournament.

When you first step through the doors into a tournament on its first few days, the first thing that will stand out are the number of setups. Throngs of players fight it out in their pools at stations which usually consist of four consoles, four monitors, and four pairs of headphones each. Each console has every game at the tournament up to date, with all DLC characters purchased and unlocked. These stations dot the ballroom like freckles. Each station represents hundreds of dollars in games and equipment. This represents the second major cost TOs like Joe face.

Other costs include paying contractors and staff, though many tournaments also have volunteers doing things like running brackets. On top of that, some tournaments have a dedicated arcade section with a full suite of classic cabinets, 24-hour venue access, and more. Security is becoming an increasing focus, and with an all-night venue that necessitates even more staff and more security who have to be paid.

Some methods that events like ECT use to recoup costs include selling event-themed merchandise, selling floor space to indie developers to set up a booth, and of course, by courting sponsors.

Sponsors can be a tricky subject, though. Friction has long simmered between the FGC and the wider esports community. Many of the folks who self-identify as members of the FGC are proud — proud of their abilities, proud of their local scenes, proud of tournaments they run or volunteer at, proud of their achievements, and proud of the grassroots vibe that is ubiquitous at any tournament, local or major. In this narrative, they are the scrappy under dogs; they are punk rock, and “esports” is ‘the man.’ Nobody yearns to sell out to the man. In this case, their identity was constructed around being grassroots, and they feared that mainstream sponsors and attention would wash over them like the tide over a sand castle.

The contentious history between the FGC and esports is a deep well for another time, but it has led to a sort of slow and cautious acceptance of attention from nonendemic sponsors at the price of sanding down some rough edges, and a lot of soul searching as to what compromises they can make together to make things more sustainable.

“Players understand it now. It was a bit more rowdy back in the day,” Joe said. “I could tell you stories where guys were rolling dice right next to where people were playing matches,” He added while admitting he was right there with them from time to time. “In order to have mainstream appeal you’ve gotta clean up your act a little bit.”

Like others competing in instead of running tournaments, Joe has not spent a decade running ECT expecting to suddenly strike it rich. “Being a co-owner of a fairly successful Northeast tournament, that’s worth the price for me.”

That is the refrain you will hear over and over again in the fighting game community. The money isn’t there, but that isn’t why anybody competes in fighting games. The downside to this passion-first approach is that money is still a material reality that can be a serious impediment to running tournaments and traveling to compete in them. That’s where the “C” in FGC comes in.

Having each others’ backs

Real ass people in the FGC:

Once after a tournament everyone went to McDonald's but I didn't have any money so I couldn't eat. So someone who I didn't know at all that plays fighting games bought me food and that 4 bucks made me extremely happy. Thanks dude

Dawn “Yohosie” Hosie is a former pro-Dragon Ball FighterZ player and a well-known personality in fighting games. She grew up in a lower-middle class family, and her personal finances took a huge blow when she started college.

She once took second place at a tournament. The margins between first and second place were so thin, but enough that she barely couldn’t afford her electrical bill that month without also selling her camera. She used to share hotel rooms with over a dozen people and would sometimes bring her rice cooker and soy sauce to events so she could eat for the weekend for less than two dollars.

“Sometimes you eat rice. Sometimes you say, screw it, I’m going to a taco bus and spending $7 and I’ll deal with it later,” she said. “The FGC is traditionally broke. We stay broke, and we take care of those without the means to excel.”

That can mean buying someone McDonald’s when they wouldn’t be able to afford to eat otherwise, or it can mean giving someone a ride. Yohosie said that that is one of the best things one can do for other players in their local scenes. 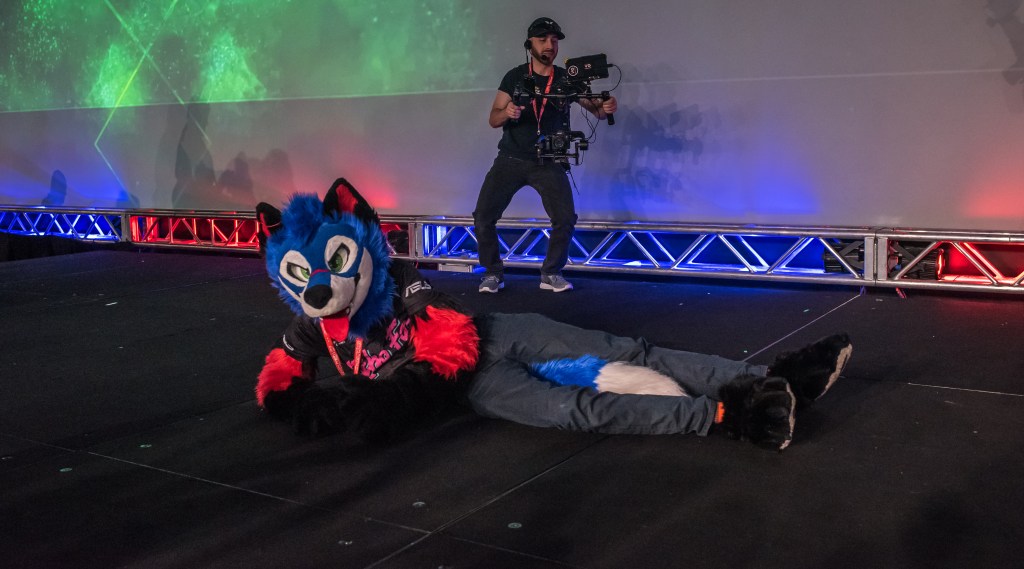 Above: SonicFox celebrates victory after winning Evo for MK11.

Making money in fighting games — whether as a player or as a TOs — is a challenge. Making a living off of them is a dream that comes true only for a very rare few. The prize pools are still too small, the mainstream spotlight still too dim, and the teams that could prop more players up often keep fighting games at arm’s length.

That has not stopped those with the will to keep testing themselves and the means or community support from showing up. It hasn’t stopped them since Evo was Battle By The Bay being run out of the crowded Southern Hills Golfland arcade instead of the Mandalay Bay Event Center arena.

The scene has grown, receded, and grown again. Change has crept in slowly from the corners. Through it all, the FGC has stayed broke, but never lacked for passion.

The word poverty gets used a lot in fighting game circles. It can refer to games that are at the bottom of the barrel quality-wise. It can refer to the poor state of a tournament, such as when a Melty Blood top 3 was played in the middle of a parking lot. It can also be used more generally to refer to the status of the FGC and how very few people are capable of parlaying their passion into something profitable. For as long as there have been arcade cabinets there has been a competitive drive in the FGC, but after all these years this concept of poverty is still ingrained in the soul of the fighting game community.