Electronic Arts says that competitive gaming is naturally built into its multiplayer in titles such as Battlefield, Madden NFL, and FIFA. But the explosion in esports has caused the company to think long and hard about the opportunities for its games in the field of competitive gaming.

In some ways, EA is behind. Rivals such as Riot Games’ League of Legends, Valve’s Counter-Strike and Dota 2, and Activision Blizzard’s Overwatch League have set up formal esports leagues to start cultivating and rewarding outstanding pros.

I sat down with Bilbey to talk about esports. EA has worked with outside esports companies such as tournament organizer ESL, and it is working on figuring out what it needs to do with streaming technology and interactivity. But Bilbey knows that EA needs to step up its investment in esports, and he is trying figure out the right structure for how EA will address esports in the future. One thing is for sure. the games have to be fun to both play and watch, he said. 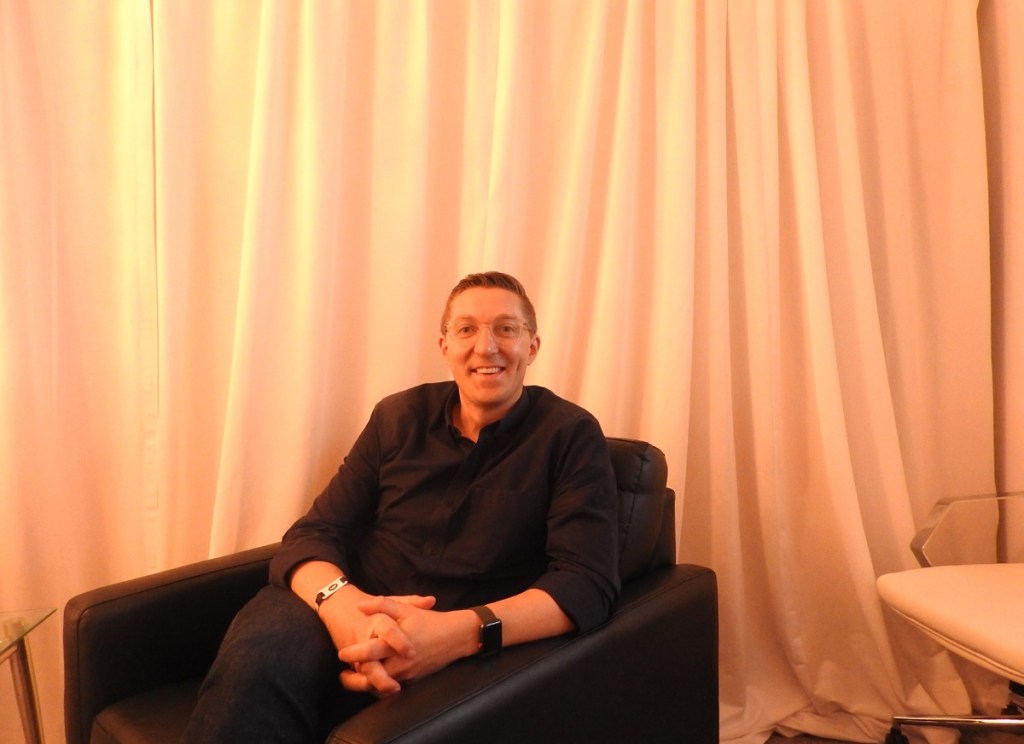 Above: Matt Bilbey is executive vice president of strategic growth.

GamesBeat: How is the competitive gaming and esports front here?

Matt Bilbey: It’s good. I started my new job about two months ago now. I’ve been on the road for most of it. The week before last we were in Amsterdam for the last qualifying event for the eWorld Cup that’s happening in a few weeks’ time. I worked on FIFA as the GM of the FIFA business until three and a half years ago. I’m pretty familiar with how it all started, the FIFA Interactive World Cup.

What impressed me, and educated me as well, was the evolution of competitive gaming as it relates to a focus on viewers. In previous ones, when I worked on it, it was very much about putting on an event and driving as many people to be at the live event as possible. While it’s still very attractive for people to watch the live event, the pivot the team has made under Todd, to really focus on—obviously it’s always going to be about creating the best games for players to compete at the right level. But then adding in a broadcast component to allow viewing, whether it’s Twitch or YouTube or whatever your choice—I was blown away.

We had eight or nine commentators, and then studio hosts to really make the content of the event compelling for people to watch. It was on par with an NFL broadcast or a Premier League broadcast. Sitting with the team at the event and afterward, when we look at the opportunity with competitive gaming—at EA we’re looking at continuing to invest in Madden and Battlefield opportunities. But with FIFA—you can’t really view and enjoy something unless you understand what’s going on.

With soccer, football, pretty much anyone can watch it and understand what’s going on. The audience potential that has globally is huge. Certainly when we talk to our pro players within the sport, there’s a lot of excitement and energy around taking that to the next level. How can we take the FIFA business and competitive gaming and that pro level, whether it’s team-based or otherwise, into a broader league? That has an exciting, bright future ahead of it. 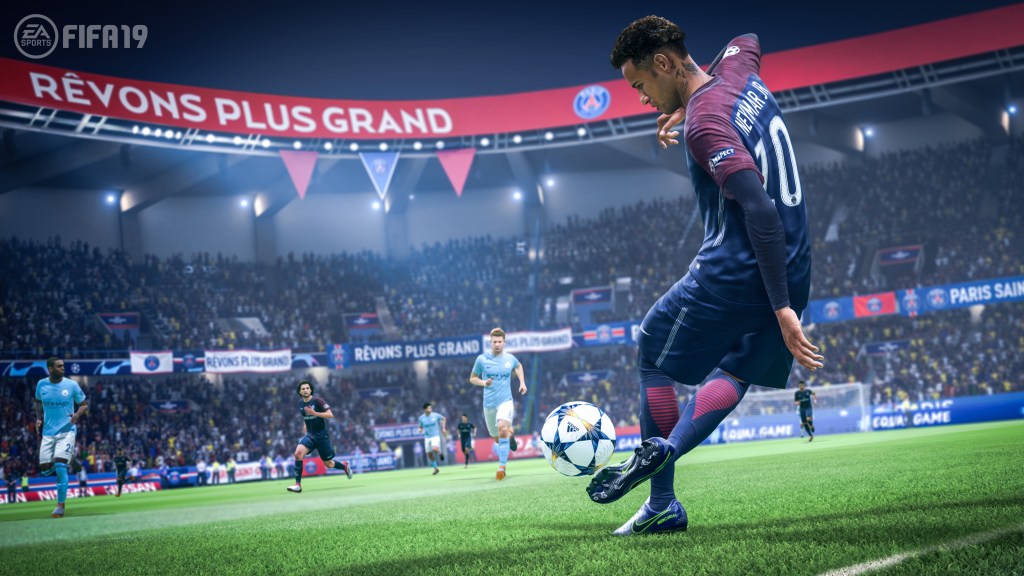 GamesBeat: I remember when Peter Moore said he was starting up the competitive gaming unit. He went around to a lot of studios and had conversations with them. It was going to take a while to work the idea of esports into the games – talking to developers, planting the seeds, and then a few years later you see how the games are different. It seems like that timeline is coming due now. I wonder what we should notice about how the games are now esports-ready.

Bilbey: I’d say that the very nature of many of our games – certainly sports and Battlefield – they have competition at their core. The progress we needed to make as a company is on many levels, but making sure you’re playing against the right level of person, and making sure you’re able to progress and see that progress—a big part of what Peter was referring to was being able to ensure that our games are created, to the point I made earlier, for viewing as well.

Certainly within all our sports games, like FIFA, you can view other people’s games. The road map of features—we’ve just launched FIFA Online 4 in Korea and China. That game has been developed with competitive gaming at its heart, with interactive broadcasting being a big part of it. That’s allowing gamers to actually curate their own broadcast component. We do understand that there are players and there are viewers, but then there’s a middle that wants to be involved in the broadcast and create their own content.

To meet the opportunity we have and that gamers are interested in, we need to look at it on many different levels. The in-game competition, like leveling and progression—sports is easier, certainly. With Battlefield, making sure you have the right length of game, the right size of maps, that took a bit more time. We’re now publicly testing the work that was done in Battlefield One. Peter’s view I think is pretty accurate from a timeline point of view. We probably added another couple of years on the end. Now we’ve learned more and we see the opportunity that lies ahead.

GamesBeat: On the interactive part, I talk a lot to a startup called Genvid. I don’t know if it’s similar to their tech, but it’s allowing you to do things like change to follow any view of any player that you want to follow in the game.

Bilbey: That’s the type of thing that interactive broadcast allows, but this is using our own engine technology.

GamesBeat: Does that also come with revenue opportunities? You could show very specific ads to someone who’s interested in a particular player. Getting to know the spectators has possibilities.

Bilbey: Within a lot of the work we’ve been doing as a company for a few years–historically our games have an identity system. There have been many different systems over the years at EA, but three years ago we underwent a project to have a consistent ID system, so that when you play FIFA or Battlefield, or even Star Wars: Galaxy of Heroes on your mobile, we can see a view of you as a gamer, rather than three different people. That allows us to develop and curate a personality of experience for you.

FIFA now—for a while it’s understood who you support and when you play. But through the AI and the understanding – we call it PIN, Player Insight Network – it allows us to do things like, if you’re losing a certain game, we can adjust without you knowing to ensure you continue you have an enjoyable experience. Or if you get stuck on different parts. All of that is starting to develop that personality and understanding of you as a gamer and what you want out of your game so you have the most fun you can have. 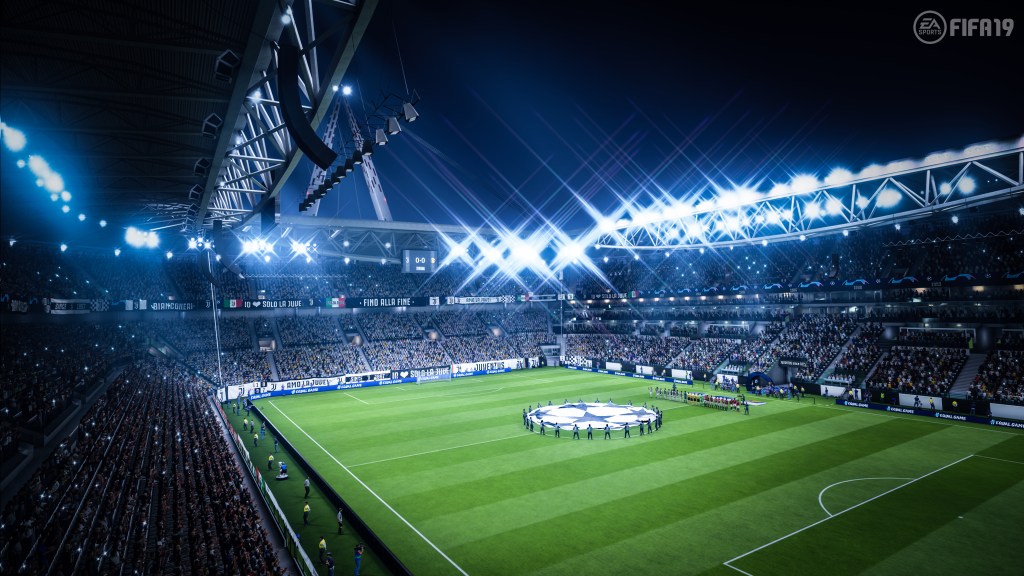 GamesBeat: What do you know that you want to do with the professional team organizations now? That seems to be solidifying. They’re diving into things like Overwatch League, but they’ll have many teams within one organization.

Bilbey: As I mentioned, the opportunity we have with FIFA is probably bigger than any game that exists on the market today, just based on what I mentioned about the ease of understanding. We haven’t made any solid plans to go into that. But it would be a natural step. Certainly a lot of our players and teams are looking for it, as well as a lot of our partners, whether it’s FIFA, the Premier League, the Bundesliga. You never know.

GamesBeat: What does that give you guys to think about? What do you have to work out?

Bilbey: It’s really the structure more than anything else. The game’s ready for it. The progress has been made around that interactive broadcast technology, which would be a big part of it. It’s really about how we could do something that’s aspirational, but still accessible. We have a pyramid of our competitive gaming, which at the top is the very best in esports, the eWorld Cup. In many ways the same challenge and opportunity that sports leagues have, about how we could create something that still fits into the cadence of everything else going on in the sport. It’s a challenge that can be overcome. We’re just not quite there.

GamesBeat: It presents interesting things to think about. On something like the Las Vegas Strip, you could build an EA venue somewhere.

Bilbey: [laughs] The venues are very different from what we thought a venue would be two years ago. When we started thinking about venues for esports, it was a stage with 100,000 people watching. That may still be the case, but what we’ve learned is—take the event in Amsterdam. You have a stage and people there watching live, but the backstage, with the broadcast trucks, was there for TV-ready broadcast. If we were to go into a venue, it would very much need to be dual-purpose, or have the ability to create that content live.

The breadth of fans around the world that want to watch—just watching a five-minute half of a game, it would be interesting for a little while. But if you have, as we have now—the overlays on the broadcast show scores of other games, whether we’re connecting with Twitch or whatever, doing interactive drops into games that you’re playing at home. The commentators we have in studio at halftime cut to the sofa commentators that we now have. They can take a feed of the game, and one of the commentators can actually fast forward, rewind, and draw over the top of what happened in the first half to create strategic conversation. All of this really does take it into that engaging broadcast. A venue is not out of the question. What type, I think, has changed a lot in the last couple of years. It’s probably more in line with a TV studio.

People like going to these events. We have a great partnership with Nexon and Tencent. By all accounts, over the last five years, esports in Asia has probably been at the forefront. There’s something about going to an event with 50,000 people in the crowd. So we’re thinking dual purpose.