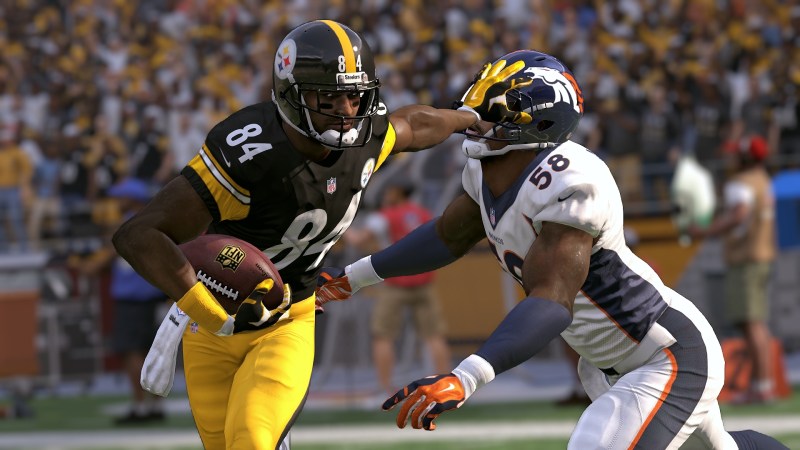 Above: Madden is esports now!

GamesBeat: What’s going to align the publishers’ interest with everyone else? They want to sell more games, but —

Barry: The publishers, for all intents and purposes — I’m trying to be PC about this. They’re rich. They are more interested — if I went to Valve tomorrow and said, “I want to broker a 10-year exclusive deal to do all the majors and give you $100 million for that,” they’d probably turn it down. They’d say, “What would you do for the community? How would you build the community? How is the audience served by an end to diversity in our space, just being with a single tournament group or league?”

In Valve’s eyes, the community is going to suffer from that. They believe in this diverse approach, in giving the ball to all these different divisions or companies with different resources and assets who can create different experiences and evolve the brand and the IP over time. In the model that ELeague is in, the better we can learn to serve the community, the more we can grow that community, the more successful we’re going to be with the publishers and with that community, and the easier it’s going to be to monetize.

I know there are these big numbers. Once you get into the space, as all of you out here probably know, you realize how small the space is, how fragmented it is. Everyone’s looking over their shoulder. We’re all ducks. We look calm on top, and we’re paddling like shit underneath to try to crack this code. The truth of the matter is that the grip is the publishers. Until we figure out the best way to work with the publishers, I don’t see it becoming this thriving business.

Birns: Each publisher has their own viewpoint on this, their own opinions and perspective. That’s informed by their culture and business model and all that. It’s not like there’s some unified interest there, where they’re all aligned in what they want and if you figure out one of them the rest fall in line. Although they follow each other, so it’s not crazy to think that if you solve this in a major way for one of them, others will be interested.

As Craig alluded to earlier, traditionally publishers don’t think of esports as a business. They think of it as marketing. It comes out of marketing budgets. They originally never intended to make money from it directly. They intended to use it to increase their conversion and LTVs and retention model in the game itself. That’s shifting a bit now, as you look at how Blizzard and Riot are beginning to think that maybe this can be its own independent business. But that ship is still underway. Until they get to a point where they decide that they can do this as a business, it’s tough to get them to buy into enabling and empowering third parties, external parties to run with it and succeed.

Even if they do decide they want to make this a business, some will decide that they want to own it themselves, as opposed to enabling other people to do that. It’ll take some time, some reps, and some failures to understand that making games is very different from running a large media company, which in turn is very different from running a major sports league and regulating that and so on. Until they understand that their core competency does not necessarily overlap with what it takes to make esports a success story on the business side, it’ll be tough. It won’t be a super fast process.

Pakendorf: There are two questions. One is about the live events and how we grow that. The second issue is around drawing in the publishers. In a way, perhaps the answer would be engagement.

If you think of the competitive side of esports, what you see on TBS or Twitch or whatever, as the pinnacle of what’s happening in the industry, it’s underpinned by different bands of competition. People, millions of them, have different skill sets, and they’re inspired to be like the heroes they watch playing in professional competition. They seek to compete at video games and be better. That’s human nature.

The same thing goes for publishers. Alex is right. They may see it as a form of marketing, and it is that, but it’s also a way of engaging. How do you engage with your community, from the pro level at the top to folks at the bottom? Being able to do that, executing on engagement, you’ll grow your title if you’re a publisher, your brand if you’re a league, or your team’s success if you’re a pro team. 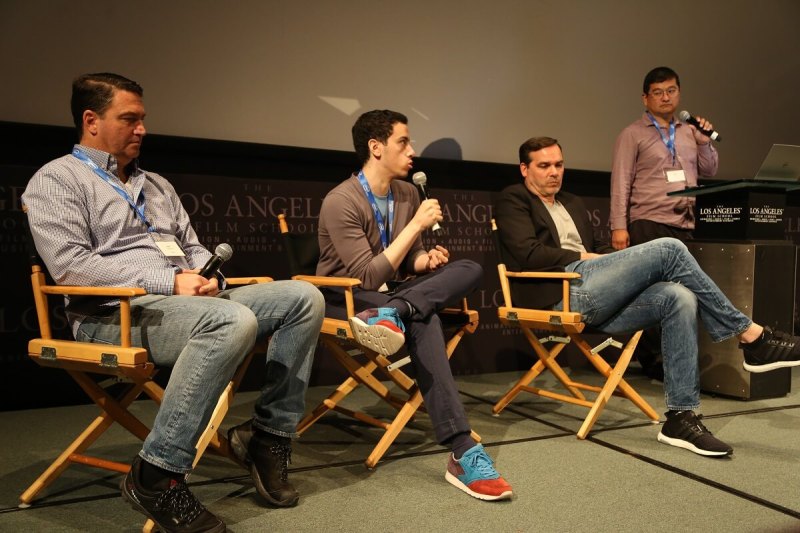 Barry: In the world of traditional media, full of ratings and CPMs and GRPs, I’d say the most important metric going forward is engagement. Are they watching? Are they sharing? Are they commenting? Whether that’s from a content standpoint, a platform standpoint, a live activation standpoint, an event marketing standpoint, that’s quickly becoming the measure of success.

In this business, which is clearly a native digital business, it’s even more important. A lot of people ask me about TBS. Why is esports on TBS? It’s on TBS not because we think that’s the evolution of the platform. It’s because we’re creating a portal for the casual fan or the curious fan to come in and convert to the digital platform and create a higher degree of engagement. We’re creating another doorway for people to walk through and get exposed to esports.

That’s on top of the fact that when we talk about esports, in parallel with traditional stick-and-ball sports, there’s a certain amount of validity to it being on broadcast. We have the support from the hardcore esports community and they understand that, but we also have this portal and this opportunity to create an entry for the casual fan. That’s an extremely important part of the linear aspect of broadcasting in our case.