GamesBeat: It’s interesting to hear business people say that they want things like regulation and player unions. Do you feel like those kinds of checks and balances are going to help the sport grow?

Pakendorf: Player unions, teams getting together, is not a bad thing. It’s a good thing for the industry. It helps drive conversation. We talk a lot about fragmentation in esports. There’s a fragmentation in how you go about dealing with participants in esports, which makes it difficult. Anything that enables you to go out and talk to people in a constructive manner is a good thing. Will some of these survive? No. Will we get new ones? Yes. Will some flourish and be great? Yes.

For us, I don’t think it’s an issue of being exclusive. It’s an issue of being inclusive. We try to be inclusive with people. We get asked a lot about the formation of this or that union and what we think about that, but it doesn’t affect us. Our league’s success is up to us. We’re not going to lose out because of some other organization. We’re going to lose out because of our own failure to execute. How we go about communicating with those people is key.

So I don’t think it’s necessarily a bad thing. From the players’ side, certainly, it’s useful. Through ECS, which Faceit’s involved in, we have minimum terms and conditions for players. We accept the fact that as the industry grows, that’s something we should have. In fact, we encourage it.

Birns: Increasingly, it’s becoming obvious to a lot of people in the traditional media space, traditional sports, VCs, whoever, that esports is a real thing. It’s not a fad. It’s growing. That’s step one, as an investor. You want to be behind a macro trend that’s moving in the right direction.

From there you ask what’s the best way to play this trend. How do I invest behind this in a way that makes sense and is going to produce the best outcomes for those businesses and for our fund? For people who are looking at sports, you see teams being sold for billions of dollars. The Clippers were sold for $2 billion. The Yankees or the Lakers or the Giants are valued at far more than that. Even less successful teams outside key markets are worth hundreds of millions. You draw the obvious analogy. People got rich buying and selling teams in traditional sports, so let’s check that out in esports.

There are going to be some crucial differences, at least in the short and medium term, that make it unlikely for us to see esports teams changing hands for more than a billion dollars any time soon. But that doesn’t necessarily mean it’s not a good investment. People are investing in these things at very early stages. There doesn’t have to be the same scale you see in traditional sports for there to be a good outcome, depending on when you get involved.

It does seem likely that, for the top teams that are able to build strong brands and build powerful affinities with the community and generate massive fan bases who are passionate about the team, they’ll be able to either turn that into a business by themselves through sponsorships and streaming revenue and various traditional channels, and also use those brands to create other consumer products that they can distribute using their team brand and community. People will get creative and find other ways to monetize over time.

The top teams will definitely be worth a decent amount of money. The question then becomes, are we talking tens of millions? Hundreds of millions? And how long will it take to get there? I have no idea. The bet people are taking is that it’s likely to have some material upside and some probability that it will hit numbers like that. It’s unlikely that, if you’re investing behind a strong brand, one of the top brands, that it’ll go to zero. It’s possible, but not likely at this point. 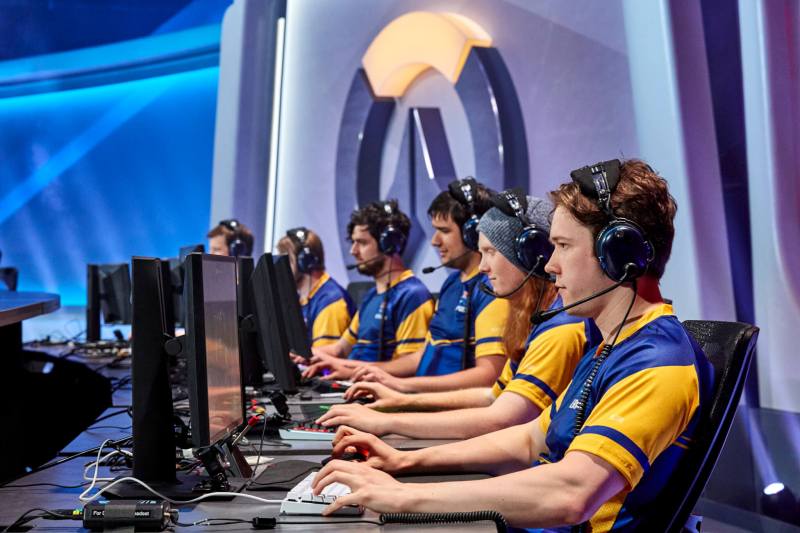 Question: This is a global thing, but regional conversations are important in esports as well. From what I understand, the idea with the Overwatch league is that communities in a physical location can get behind these teams. With stick-and-ball, being in a city with your team brings a community together and builds the brand locally in obvious ways. Do you think that will happen with this league or the leagues you’re talking to?

Barry: The markets are different. In North America you have four primary sports, each with a single league. If you go to the international side of things, you have cricket and rugby and soccer with multiple leagues all across the international landscape. At Turner, from a media standpoint, even though Time Warner is international and we have focus on international, growing the esports business in North America is paramount to our success, especially when you’re talking about broadcast and creating something viable for domestic sponsors. It comes down to being able to create a structure that can sustain longevity.

Again, we go back to the publisher having an umbrella where they own the teams and own the infrastructure and play teams in separate cities and have expansion opportunities. If we can serve that, that’s awesome, if we can create a model that works in that environment. When you get into the more global, 360-degree look of esports, the model changes pretty significantly. That’s the rub with esports. You have to be viable in both of those markets. Obviously the international market is much stronger than the domestic market right now, and it can be treated differently.

You were talking about teams unionizing. I think it’s more important to create infrastructure around leagues. The unionization of teams is a little bit counterproductive, because every IP — basketball is basketball. In the U.S. it’s the NBA, and every other country has its own basketball league, but everybody falls in under that governing body. That structure is important. The unionization of teams is more like a federation. It can fragment the opportunity to create strength behind these leagues. I don’t know if it’s wrong or right. I don’t necessarily have an opinion about it. I just have what I think is best — to create a league that’s sustainable and that people can emotionally connect to, finding a reason to care about the players and teams and consequences.

Pakendorf: It’s an interesting concept, regionalization. Depending on the title you’re playing with, it could play very well. From our view, based on our experience, esports is a global phenomenon and it comes down to a competitive community that’s at the bottom. The fans that actually follow what’s happening are a global audience. Just because you’re watching from Russia doesn’t necessarily mean you support a team from Russia. They tend to support the players they admire the most. That’s what draws them.

If you were to create a regionalized tournament and you didn’t have the best possible players in that tournament, you’d struggle to find people who would watch that and be drawn into that. Again, it comes back to engagement. If you can engage people who care about what you’re doing, you’re heading in the right direction.