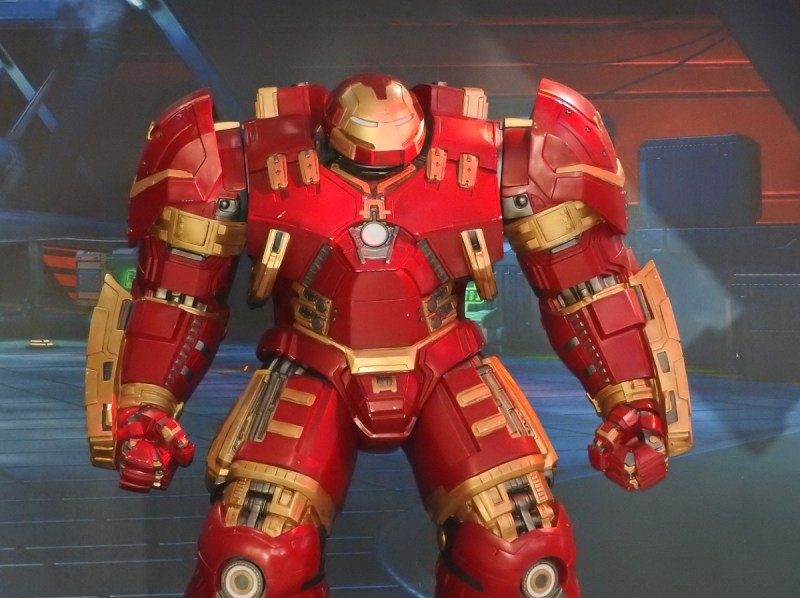 Above: Iron Man character from Marvel: Contest of Champions at ChinaJoy.

GamesBeat: You’ve had good timing over the years. You raised money at the right time to get Watercooler and Kabam off the ground. You did Facebook games at a very early stage, when there weren’t any other strategy games on the platform. When Facebook cracked down, you diversified and got into mobile at the right time. You also had a good call when you stopped focusing on top-100 games and narrowed in on top-10 games. That led to Marvel: Contest of Champions. Why are you feeling the timing is good here? Is timing just as important for esports as it was for you in mobile?

Chou: Timing in esports is going to be even more pivotal. My view of any technology, any investible industry right now, is that timelines are collapsing. Before, you may have had a window of three to five years to create a digital-media company. Today, that window is much less. In sports right now, I think the window is very tiny.

What’s happening right now with the biggest games in esports — there are major franchises, potential franchises, like the Warriors or Niners or the Giants. Once all these franchises are sold, getting in becomes much harder. The only way you get into the business is to buy one from someone who already owns one. That scarcity drives up asset values. It’s a fascinating trend happening right now.

There’s also not a lot of activity happening with traditional venture capital in the space. That’s one of the things I loved about it. VCs weren’t chasing esports. At some point, the venture industry will start chasing it. In the last six months since we got started, there have been several big deals announced in esports. It’s only just beginning right now. In six-to-12 months, though, I feel like the window is going to close and all the major games will have a franchise model established.

Then, you get to a world where a business that owns multiple esports franchises in San Francisco — if you’re a new esport coming into the game, you’re probably going to want to deal with the franchise that’s already involved in League of Legends or Overwatch League to get involved in your game. There’s a big-network-effect aspect to this business. Some games may not last for the next 50 years, but the aspect of building all the infrastructure to support big tournament events, create a local fan base, create a global fan base — the window for that will only exist for a short time. You’ll have the Bob Krafts and the Jerry Joneses of esports, and that’ll be that. It won’t change.

GamesBeat: Allegedly, you assembled $20 million to acquire your Overwatch franchises. How many of these franchises do you think are worth having, whether it’s for League of Legends or other games? Just because no game lasts forever. Should you diversify beyond one game?

Chou: This is the other common knock against esports. Football will be here in 50 years. Baseball’s been around 125 years. Soccer will be around. There’s that maturity and the assurance that these sports will be with us. Right now, we’re already seeing viewership of the NFL is down, though. Viewership of MLB is way, way down. Will these sports always be there?

As entrepreneurs, as investors, what’s present — you assume these trend lines will continue going forward because these trend lines are so long. But there are always these black-swan type of events that can dramatically change how an industry works. That’s happening in sports right now, I think. One big problem with sports is that the media rights are so expensive and so restrictive — whoever pays for NFL broadcast rights, they’re going to clamp down on that. They’re going to want to restrict the ways an NFL game is watched. But that limits the way you can grow a new fan base, a younger fan base that’s using new technology and new devices to access content. It’s hard to watch an NFL game online, right? It’s incredibly restrictive.

On the other side, you have esports, which is available on every device, everywhere, all over the place. That’s creating a lot of passionate engagement for a very young audience. That’s a fantastic trend. The trends in esports are phenomenal. It’s very global. The larger extrapolation for this crowd — I’m trying to peel the layers and understand what’s happening in the industry, what we can change about it, what’s the future pathway, and what are the fundamental drivers. 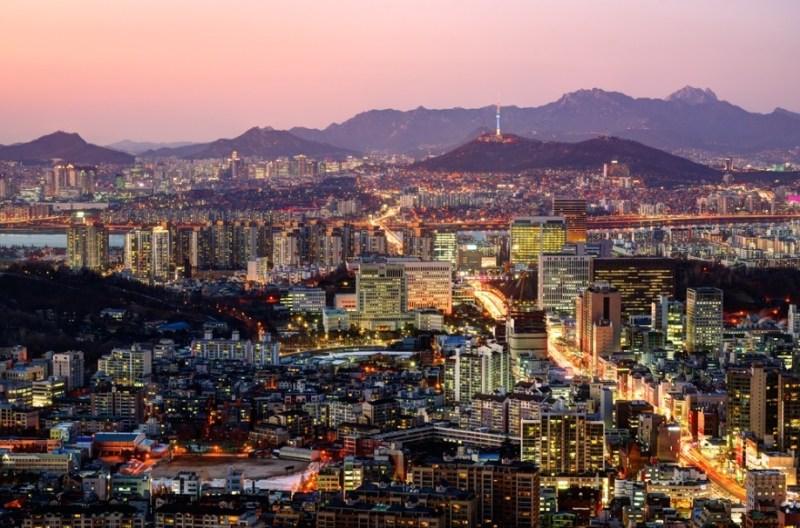 GamesBeat: You have the licenses in Seoul. I’m curious about what you think as far as the difference between Silicon Valley startups and Korean startups. You’re going to be spending a lot of your time in Korea now.

Chou: I spent a lot of time in Korea this year. It’s fascinating. It’s very different from China. Kabam had an office in China, in Beijing. I could have bought the Beijing rights, actually, but I chose not to because China is such a difficult place to do business. It’s incredibly restrictive. I’m Chinese-American and speak Mandarin, but I still need a translator to do business there. Everyone’s been focused on breaking into China for a long time, and you can do some business there. I remember getting $4 million or $5 million in revenue out of China, the largest market in the world. It’s so hard to break into China and make it work. So I decided not to do this new sports franchise in China for a lot of reasons.

We also had an office in Korea, a smaller office, but it was much, much easier for us to business there. The government, the geopolitical aspects of Korea — what’s happening in the North notwithstanding — South Korea is a great environment for entrepreneurs and business.

The tough part about Korea is that there’s no venture-capital market in Korea. Or, there’s a little bit, but not a lot, comparatively. But there are so many interesting global opportunities. Translink and others have focused a lot on China, on Silicon Valley, on a lot of these other large and talented metropolitan areas in the world. The innovation is absolutely there. I’ve been fascinated.

We’ve been able to find great talent in Korea. The nice thing about it is that, unlike Silicon Valley, where we’re competing for engineers straight out of Stanford and paying them a quarter-million dollars — the engineering costs in Korea — we can get fantastically talented, hardworking engineers for 20 or 30 percent of what they would cost here in Silicon Valley. That’s been fantastic.

The one challenge in Korea, because there hasn’t been that large history of venture capital and an ecosystem of startups and lawyers and investors, it’s very difficult to find management talent that has experience taking a ground-zero startup and building that up. The talent required to join a company that doesn’t have revenue yet, that’s really just a business plan — that experience in Korea is definitely in short supply. But I’m happy about operating in Korea. It’s been a fantastic learning experience for us.

GamesBeat: We have a lot of people from outside of gaming here. What do you think are the broader major investible trends, whether it’s in gaming or beyond gaming, in media and entertainment?

Chou: One of the most fascinating areas that I’ve spent a lot of time with is AI. A lot of AI is being created out of the gaming world. You have what Google is doing with Go, which started with building AI to master chess and so forth. Autonomous driving — I can’t remember the exact number, but there was a company that tested their autonomous driving software using Grand Theft Auto because the virtual world was so realistic that they could use it to test algorithms for autonomous driving and a lot of accessories to that technology. Many interesting applications are coming out of AI right now. Some really complex software engineering is happening in the gaming world. That’s a ripe area.