After many years in the wilderness, esports has matured. It grew to $892 million in 2016, according to market researcher SuperData Research. And the investors in the market are in a bit of a rush to stake out territory that they believe will be valuable in the future. In this case, investors with considerable financial and entertainment clout are stepping up to participate in esports. 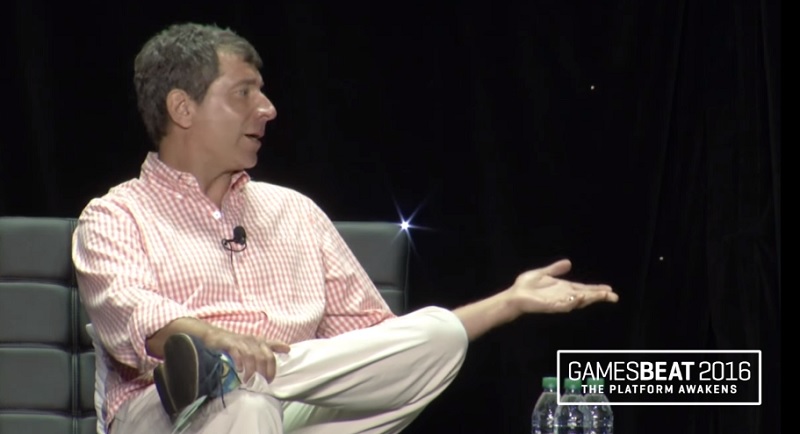 Above: Peter Levin of Lionsgate is bullish on the medium of VR.

“We’re delighted to be an early mover in a market that has the potential to transform the face of sports entertainment,” said Lionsgate president of Interactive Ventures & Games, Peter Levin, in a statement. “Our involvement in eSports creates tremendous opportunities to develop new content and utilize our suite of distribution platforms for a coveted consumer demographic with compelling engagement metrics. Collaborating with an elite group of partners, the combination of the Lionsgate and Immortals brands will be formidable.”

The esports business is getting to be a lot like pro physical sports. The Immortals was formed in September of 2015 with the acquisition of Team 8.  And The Immortals acquired another pro team recently: Tempo Storm‘s Counter-Strike group, as part of an attempt to establish a powerhouse franchise in a fledgling industry.

“Lionsgate joins a dream team of media, tech, and traditional sports partners who share our vision of building a dynamic Immortals organization and a strong e-sports foundation,” said Immortals chairman and CrossCut Ventures managing director Clinton Foy, in a statement. “What we’re doing today in eSports is like the early days of building the NFL and NBA. It’s not the evolution of games — it’s the evolution of sports, technology, and media.”

Lionsgate’s investment in Immortals is the latest step in the company’s esports initiatives. Last year, Pilgrim Media Group, in which Lionsgate is a majority investor, announced that it was partnering with ESL, the world’s largest eSports promoter, to create original esports entertainment content for television and digital platforms. Their first collaboration, in partnership with Microsoft, will be centered around the gaming brand Halo.

“Lionsgate is the perfect entrepreneurial partner for our Immortals family,” said Immortals CEO Noah Whinston, in a statement. “Immortals and Lionsgate are both focused on developing new entertainment formats, and we’re thrilled to collaborate with them at the cutting edge of eSports media.”