Mari “AtomicMari” Takahashi, a popular gaming personality, has made an investment into esports organization Spacestation Gaming.

Takahashi now adds co-owner of an esports company to her titles of award-winning TV and digital host, gaming personality, and actress. She joins original founder Shaun “Shonduras” McBride to help usher the esports organization into a new chapter.

Takahashi (no relation to me as far as I know; there’s a town in Japan with a population of 31,000) joins a trend where celebrity influencers make the transition from being popular entertainers to becoming owners and investors in larger enterprises. She believes that her skills in content creation can help make companies like Spacestation Gaming become better known and generate more revenues from the associated media income, which could ultimately become the biggest revenue source for esports.

“I think there are possibilities for the evolution of what a creator does,” Takahashi said in an interview with GamesBeat. “It’s like we’re coming to that point where we’re all wondering what that path can look like. And as we get to the five-year mark, 10-year mark, 15-year mark of being a creator, it’s sometimes surprising for us because we’re this has turned out to be a viable thing that we banked on all those years ago, and we’re still able to do it. And now we’re in positions where it’s more and more important to expand outside of just yourself.”

(Takahashi will be a speaker at our upcoming GamesBeat Summit Next online event on November 9-10, where she will talk about the crossover between creators and esports).

Spacestation Gaming, a top esports organization known for winning the 2020 Rainbow Six World Championships, placing fifth out of forty teams in the Apex Legends Global Series Championship. It also placed second in the most recent regional League of Legends Championship, and it is ranked No. 1 in the North American League.

“SSG already does so many things right in running their organization,” Takahashi said. “I will be in the weeds week by week, but I don’t see myself as the person who’s going to come in and disrupt that path. They already know where they’re going.

She added, “Each team brings a different sort of flavor, if you will. It’s not just about the game and the players, but it’s about the culture that each team brings with it. I saw that it was a serious team that loves having fun. That is the thing that really reeled me in from the beginning.” 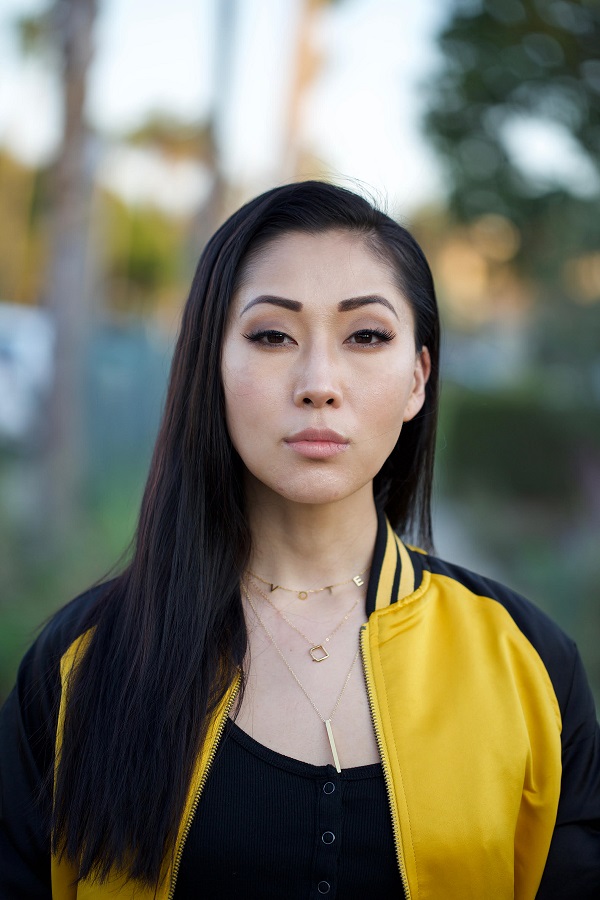 Other owners include Sean Holladay and Mari’s business partner Peter Kitch. Established in 2017 with a focus on content and creators, Spacestation Gaming is a pro esports organization competing at the highest level in several top-tier esports titles.

“I feel an added sort of responsibility since this is their first time opening Spacestation Gaming up to another co-owner,” Takahashi said. “Compared to some other esports organizations that have had a lot of rounds of investment, what I love about SSG is that they’re so homegrown. I’ve known them and Shaun for a while. He started this team out of a passion, and I’ve been following them ever since. This has been a long time coming for us.” 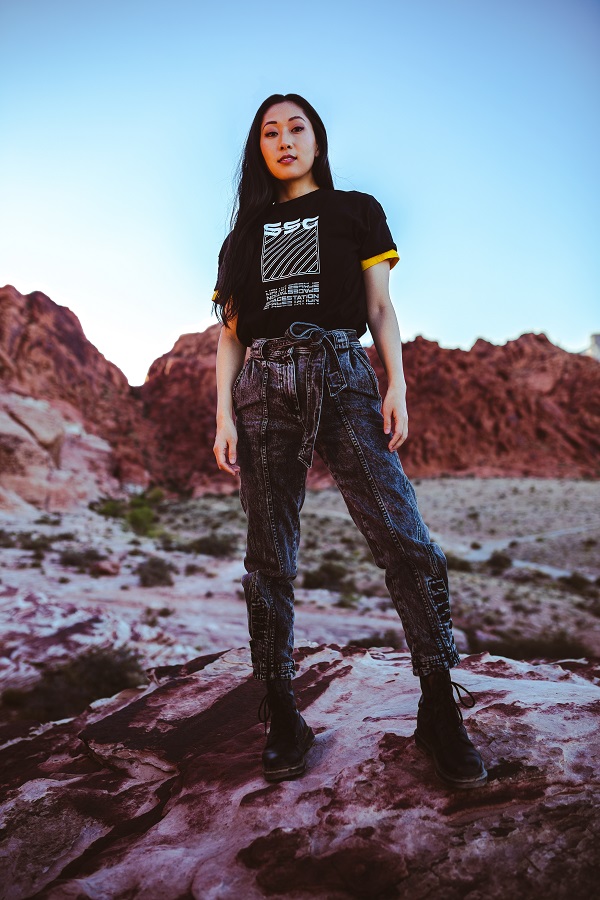 Above: AtomicMari is a gaming personality, actress, and dancer.

In 2017, Takahashi was named one of the “Top Influencers in Gaming” by Forbes, and during her 10-year tenure with comedy powerhouse, Smosh, she cofounded its sister channel Smosh Games and produced and starred in shows like Maricraft (47 million views), Smosh Pit Weekly (120 million views) and Operation: Open World.

In 2020, she served as the correspondent for Polygon’s Speedrun on Quibi, playing games and interviewing A-list talent including Kevin Smith, Terry Crews and Jordan Fisher.

In addition to digital media credits, Takahashi has done commercial work for Ericsson, Microsoft, Samsung and Verizon, recently hosted for Netflix and Paramount, has made appearances on Disney XD, Popular Science, and CBS’s Survivor, and has two Streamy Awards under her belt.

Takahashi is also the founder of Rebel Atom Production House and cofounder of ABXY Bags. When she’s not dancing, playing video games, or geeking out about space, Takahashi spends her time in school, pursuing certification in Method Acting at The Lee Strasberg Theatre & Film Institute.

“I am a Pokemon. I don’t know what phase of evolution I’m in,” she said. “But it’s happening, you know, from a ballerina to an esports owner.”

Takahashi is also very focused on making a meaningful impact on the gaming and science technology, engineering and math (STEM) industry, having worked with the Ad Council and Entertainment Software Association for Women in STEM programs and lobbying Congress on behalf of Bill Nye’s non-profit organization, The Planetary Society, to secure funding for NASA.

Takahashi said it’s surprising to see how long esports teams and creators have lasted as gaming has become bigger. In honing her craft in digital entertainment over 11 years, Takahashi said she can see a long road ahead and the goal is to keep the path forward open.

She agreed that esports could benefit from more diversity. While women are close to being half of gaming, they aren’t represented well in the esports athlete ranks, nor are they very plentiful among esports team owners.

“Esports is also in its infancy,” she said. “It’s only going to get bigger and bigger. The gaming industry has a lot more room to grow. And I love being a part of this industry. And I think we all want to see it grow into the thing that we want it to be. I’ve been able to selfishly work on my role in the gaming industry, working on how can I further myself for the past 11 years.”

She added, “I find that this is perhaps the avenue where I can play a bigger part in making it an inclusive, welcoming arena for more and more folks to come through and find success in it immediately and over the long haul. I hope that I could be a conduit for welcoming more people in.”

Takahashi has invested her own money in the organization, and that’s a first for her.

“Gaming has always been part of my portfolio, and this is where I’m putting my stamp on it as me as an individual, in a partnership in that is diverse. The goal is to help turn it into a better-known organization,” she said. “I’ve always been gaming adjacent, but I’ve never been in esports.

It has signed some of the biggest creators in Rocket League including Sunless Khan, Jon Sandman and Lethamyr as well as the Scuffed Cast (Widow, Neato, Ranny, TriHouse, Veeds).

Takahashi will work with the team to continue to develop the Spacestation Gaming organization into one of the most recognized esports organizations in the world. With her background and worldwide recognition, Takahashi will work with original founder McBride to expand the creator and community aspects of Spacestation Gaming, as well as pursue further esports championships across multiple video game titles. 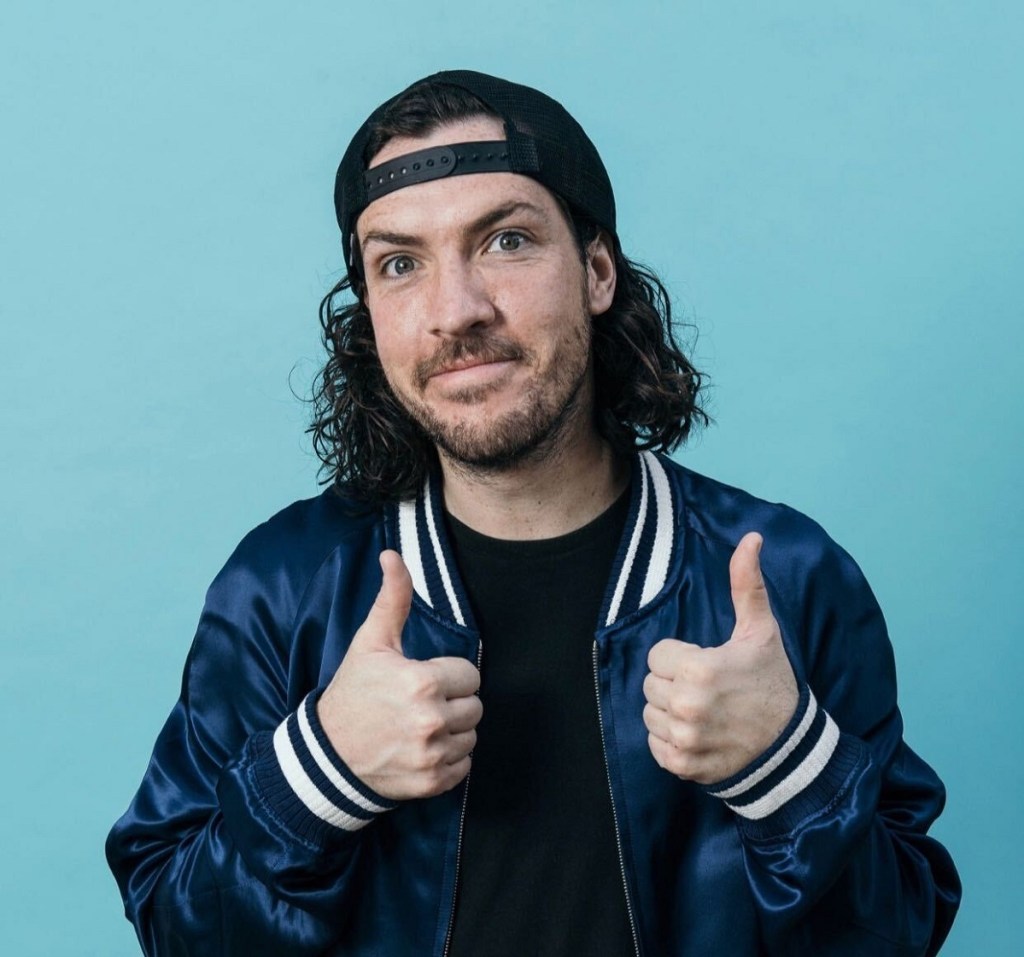 Above: Shaun “Shonduras” McBride is founder of Spacestation Gaming.

McBride, better known as Shonduras, is an entrepreneur, YouTuber, and social media influencer. McBride started on Snapchat, using his creative stories and organic growth of one of the largest and most engaged audiences. His artwork got a lot of attention on Snapchat and then he expanded.

He expanded to YouTube where he once again created a far-reaching and engaged audience in a short amount of time. His channels have a combined 6.4 million subscribers and over 4 billion views.

“Mari’s incomparable experience and ‘now-how’ in this space made her an obvious choice as our new co-owner,” said McBride, in a statement. “Having worked with her in the past and experienced first-hand what she brings to the table, I can’t wait to once again work alongside her and continue to build one of the best esports organizations in the business.”