Nielsen has been a trusted researcher of television habits for decades, and now it has begun to explore the popularity of esports. In its first in-depth report on the industry, Nielsen found that the audience is growing fast, but esports fans are unique and hard to pin down compared to traditional sports.

For starters, esports fans follow an average of 5.7 different games and 2.6 genres — a testament to the diversity of games and the fact that gamers aren’t wedded to just a single game.

“The esports industry is developing rapidly, with new tournaments, new investors, new teams and new ways of consuming content all contributing to the growing esports culture,” the report said.

Brands are starting to get involved as advertisers and sponsors, but they have to tread carefully. 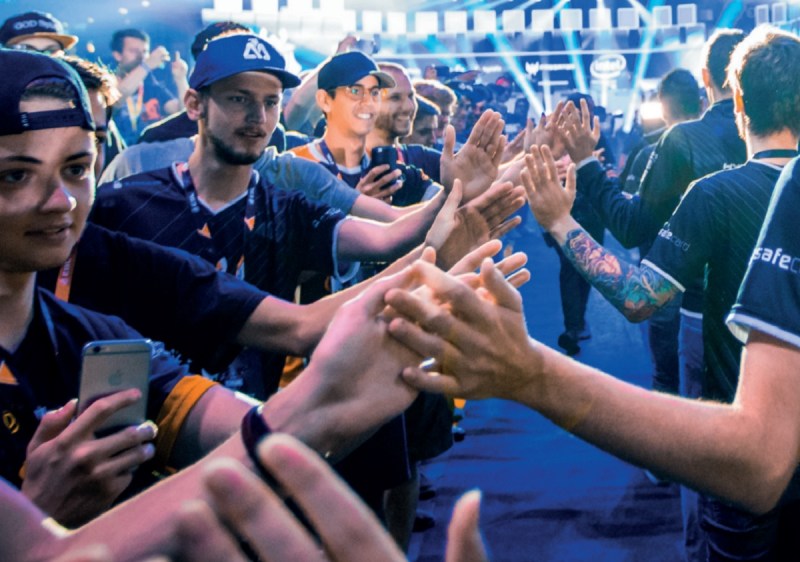 “Brands entering the esports space, in whatever capacity, need to have done their due diligence and homework, to understand not only their own objectives but also the audience, their habits and their preferences,” said Nicole Pike, Nielsen Esports’ Global Research and product lead, in a statement. “Understanding the complexities and intricacies of the esports marketplace is another major challenge – there are a multitude of teams, tournaments, titles, players and commercial and broadcast models in play, as the sector develops and matures. We are already seeing examples of brands making the most of the opportunity and generating significant returns on their investments in esports.”

For the most part, esports fans don’t like corporate sponsorships, but they do prefer endemic brands (those that have a connection to the game industry, or related fields like tech and snacks) over non-endemic brands, Nielsen said.

Nielsen compared the esports demographic — about 70 percent male, ages 13 to 40 — to soccer fans, and it said they are “irresistible” to brand advertisers. Esports fans use social networks ranging from Reddit (22 percent) to Facebook (57 percent). In the U.S., about 66 percent say they watch livestreams of esports live, while only 37 percent attend live esports events. For the most part, esports fans aren’t as excited about viewing traditional sports. About 66 percent of U.S. esports fans watch football, while just 39 percent watch boxing.

Esports fans spent about 8 hours playing video games a week, but they only watch TV for about four hours. The top medium for following teams is YouTube, followed by Twitter and then Facebook. The top teams that are followed in the U.S. are Cloud9, Optic Gaming, and Team Liquid.

Nielsen said that a study by esports marketing firm Rfrsh Entertainment showed that Audi received media exposure valued at more than 10 times its investment during the Eleague Finals on TBS in January and the DreamHack event in Las Vegas in February. That success was driven by live broadcasts and mentions on digital and social media. Eleague accounted for 82 percent of the value delivered by the broadcast due to higher viewership and good performance of the sponsored team, Astralis, which won the championship. 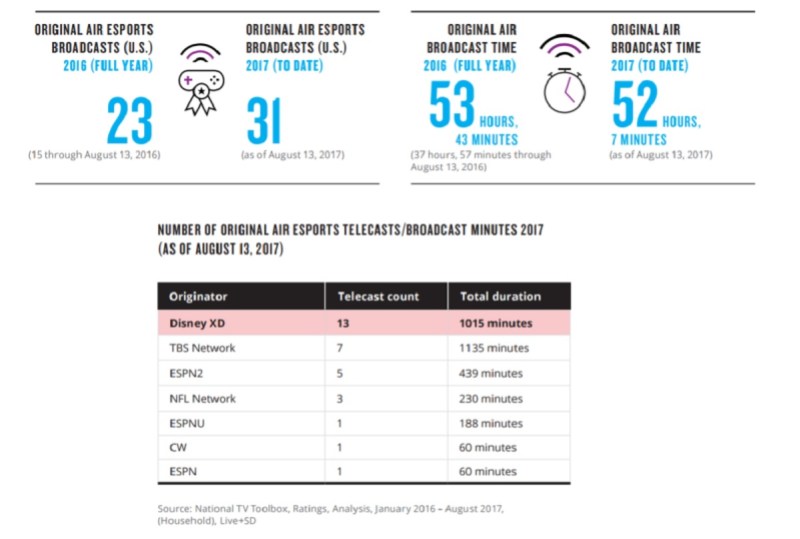 Above: Stats for TV broadcasts of esports.

Television air time for esports is on the rise. TV networks broadcast 52 hours of content in 31 programs so far this year, compared to 53 hours across 23 programs last year. 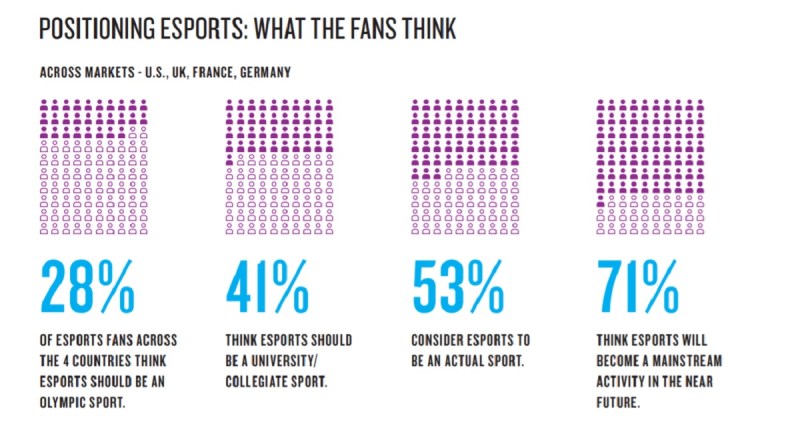 Above: Esports fan think their pastime will be big, but not everyone thinks it will be in the Olympics.

71 percent of esports fans think that it is poised to become a mainstream activity in the near future. 51 percent view esports as a spot, 41 percent think it should be a college sport, and 28 percent think esports should be in the Olympics. In April, the
Olympic Council of Asia (OCA) decided that esports will be part of the 2022 Asian Games.

Nielsen said the cost of VR devices continues to be a barrier.

Nielsen interviewed 1,000 esports fans in four countries: the U.S., Germany, the United Kingdom, and France. It will continue to interview fans in Japan, China, and South Korea in the fourth quarter.