“We’re an internationally regulated sportsbook and business has growth at 15% per month since we started,” Salz said.  “We’re looking to build products for a younger demographic.”

The investors in the oversubscribed round include institutional investors from Canada, the United States, the European Union, and a major land-based casino operator. The Toronto-based company isn’t saying who all those investors are yet, and it sees this as one step toward going public later this year. Esports veterans Billy Levy and Zack Zeldin serve as both advisers and investors.

With the new money, Salz said the company will be able to accelerate its expansion plans through new licenses and gray markets under its existing regulatory regime. It will also enable new product development and help the company provide what it calls the safest and most engaging sports betting experience in the world.

Above: Rivalry is at the center of sports and esports betting.

While Rivalry started by focusing on esports betting, an increasing percentage of its business is traditional sports, including an upcoming suite of original casino intellectual property.

And Salz said that while it’s hard to make money in the fledgling market of esports, betting monetizes much better. So that means that the company can grow profitably as the excitement around esports itself picks up.

“Esports has not been an area where a lot of people have been able to monetize really well and build businesses,” said Billy Levy, an investor/adviser in Rivalry, in an interview with GamesBeat.

The challenge of running a gambling company is more regulation, and that’s why the company hopes to enter the U.S. market through a sublicensing partnership with a land-based casino company, Salz said. Many of those casino companies are eager to partner, as their physical casinos are suffering in the pandemic. More states and Canada are moving toward legalization as a way to get more tax revenues.

“This capital helps us enter the U.S. market,” Levy said. “And legalization is moving forward, very similar to cannabis legalization.” 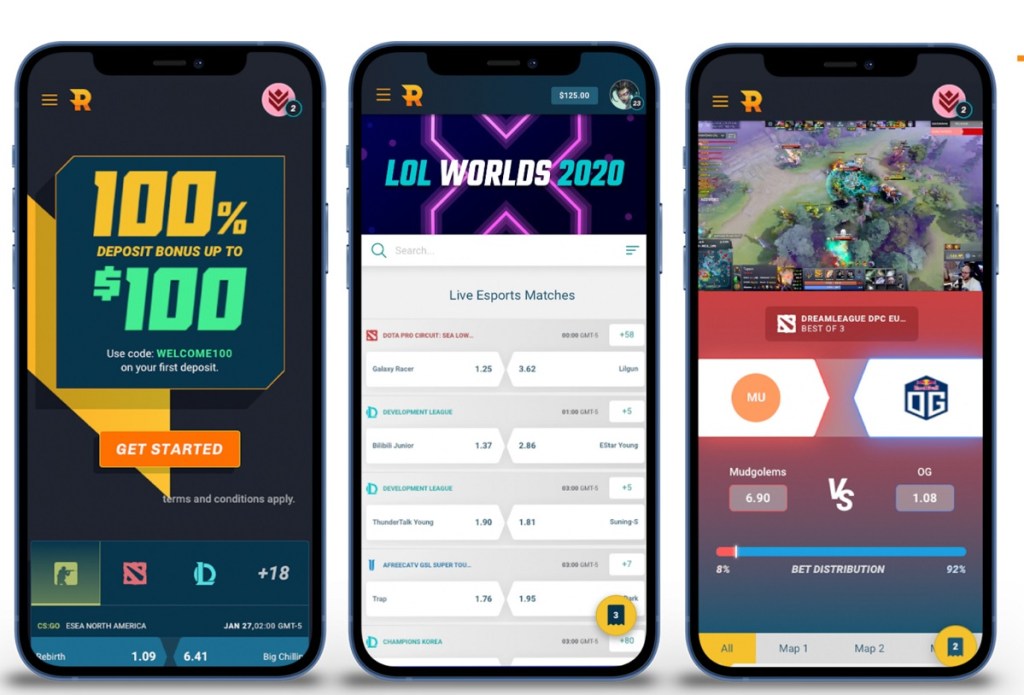 Rivalry owns all of its intellectual property and utilizes no white labels, which is a rarity in the world of sports betting and casino. This approach offers total control of the user experience. Its plan is to become like the Robinhood of esports and sports betting, making it simpler and easier to place bets, just as Robinhood has done for stock trading.

Rivalry also has a media strategy. Its social and content properties generate more engagement than any other brand in esports betting, and the company is still only in the first leg of its media vertical roadmap, Salz said. The social media is key to reaching the target audience, Salz said. Rivalry has 18 different social media properties in different languages, as well as multiple YouTube properties that generate more than a million views a month.

“The content is … a way to reach the audience, but also a way to create brand equity and loyalty,” Salz said. “We sponsor more than 120 different content creators, and often we are their only sponsors.”

That content has gone viral, and it has driven the cost of acquiring new users down dramatically, so the company makes money on all of the new users that sign up, Salz said. By contrast, other gambling companies have to spend a lot on ads to reach the right users.

The company has 60 employees. Rivalry is a subsidiary of Canadian parent company PMML, whose founders include Salz, Kevin Wimer, Ryan White, and Steve Isenberg.