Team Liquid today unveiled Liquid+, a platform that rewards the company’s esports fans for engaging with players such as watching streams or participating in online events. It’s a way to reward fans and better monetize them by understanding who they are, what they want, and how they want to spend their money with their favorite esports stars.

The platform’s launch is part of Team Liquid’s 20th anniversary celebration this year. It took more than 18 months to pull off Liquid+, which is the organization’s first rewards program. Liquid+ will be accessible via an internet browser and with a mobile app in the works for early 2021, said Team Liquid co-CEO Steve Arhancet in an interview with GamesBeat.

Team Liquid has a lot of fans for its 100 players in 17 games. It has a social media reach of 28 million people. In 2019, the company streamed 59,000 hours of content, and it had 106 million viewer hours on Twitch and 277 million viewer hours on YouTube. But until now, the team didn’t have a way of tracking and rewarding fans who came back.

With Liquid+, fans can opt-in to being identified when they interact with Team Liquid. They can connect to Liquid+ and link their social media accounts, such as Twitch, Discord, Twitter, or Reddit. Liquid+ will award them points for the engagement they show. Those points can be redeemed for in-game currency, event tickets, Team Liquid swag, and tailored fan experiences with Team Liquid personalities.

“We will never sell the data, like the information of an individual user to anyone, so we are compliant with all of the laws,” Arhancet said. “We want to make sure this thing is sustainable, and it has a long term future.” 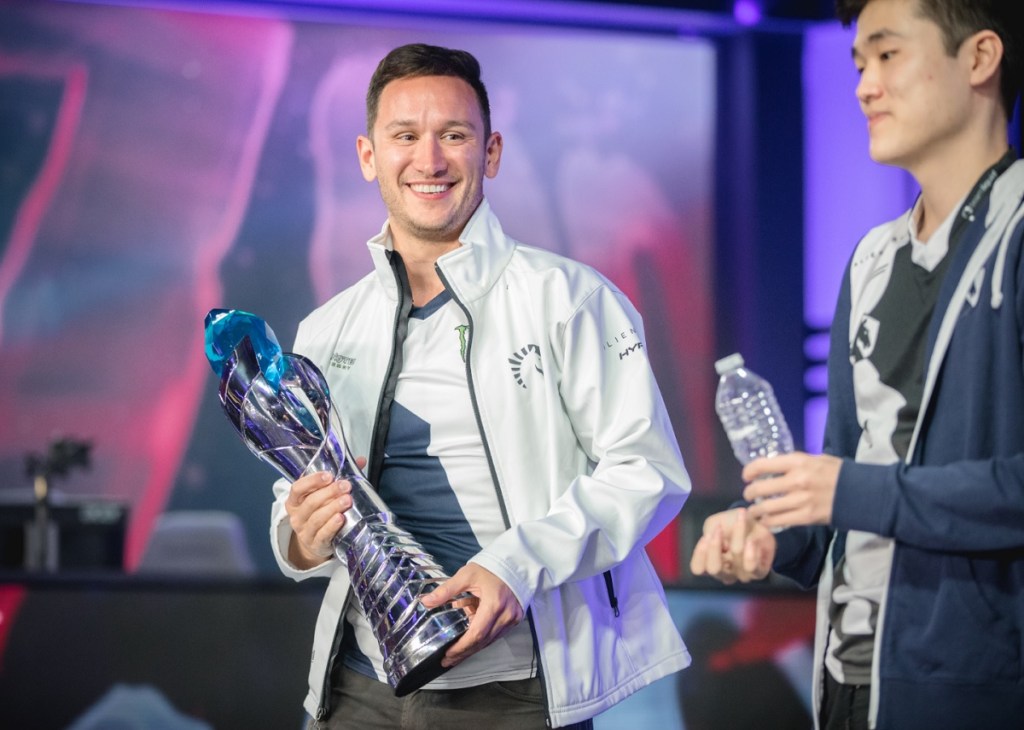 Above: Steve Arhancet (left) is co-CEO of Team Liquid.

Arhancet got the inspiration at his League of Legends studio, where the team practices. People were outside having a kind of tailgate party. A female fan saw Arhancet and started shaking. He walked over and gave her a hug. She said she had been a fan for years and was thrilled to meet him. Arhancet felt bad because he had no idea who she was and that there was no way for him to discover such fans.

“I felt like such an asshole. She had been expressing so much loyalty, like purchasing merch and following the brand on Twitter, and I didn’t know? How messed up is that?” Arhancet said. “That was the inspiration. We had to start recognizing our fans as individual people that are coming to our matches and watching our games and supporting our players and donating and subscribing and watching streams. So we started thinking about how we do that.”

“We knew that esports fans leave a digital footprint of all of their loyalty activities for the players,” Arhancet said. “We saw there were many platforms that they were active on. There wasn’t anything to do this, so we decided to build it.”

They had to think about different tiers, the varying degrees of status, and whether there was a geographic element to the fandom.

“We didn’t want it to be a content hub. We just want to be able to say, we see you, thank you for caring for us,” Arhancet said. “So it’s literally that simple. Our goal as an organization is to build a multi-generational youth esports brand and hopefully be the biggest in the world. In order to do that, we need to have a high engagement or be having conversations with the fans that are part of our community.” 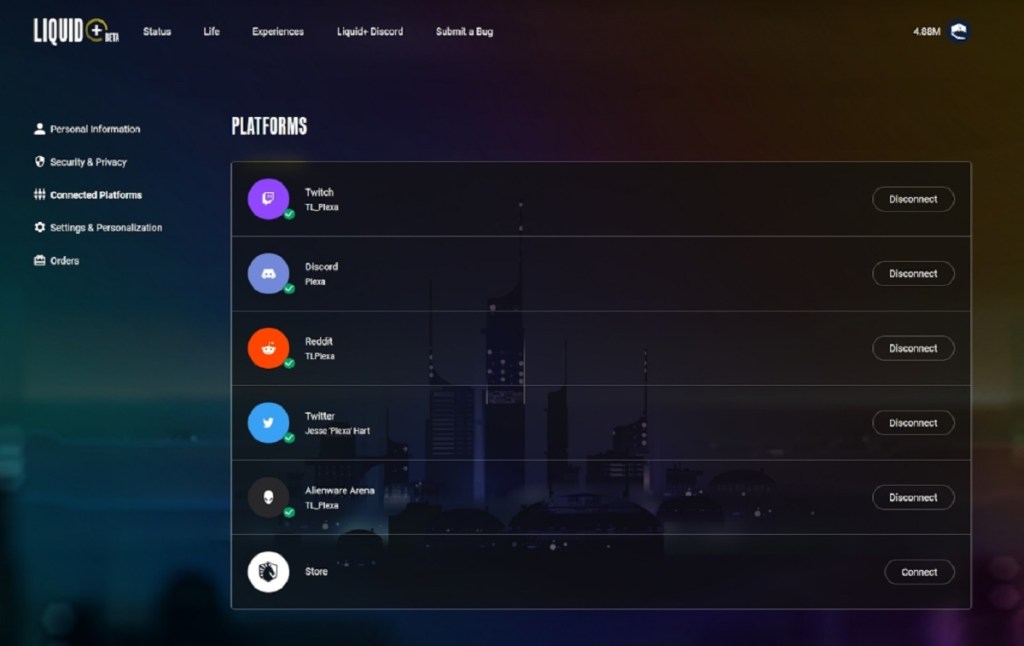 Above: The Liquid+ beta is starting with 500 people and expanding throughout the year.

When you sign in, you see a dashboard page that looks like a credit card login. You see your reward point balance and membership status. Later on, you’ll be able to create your own avatar. You can see your activity log, what you’ve earned, and how you can earn more points. If you earn a lot of points, you can get VIP access which includes wikis to find out more about your favorite athletes or even a call with Arhancet.

Liquid+ will employ a quest system that grants bonuses upon completion. These will help direct fan attention to relevant events or expose them to new streamers and games they might not have seen. Most quests will have achievements attached to them, represented by badges fans can display in their profile’s Showcase.

As part of a fan’s profile, Liquid+ will keep track of their lifetime points, used to rank membership status and unlock exclusive opportunities. Fans can have Team Liquid verify their profile page by submitting their fan story to the organization, which will be read by someone on Team Liquid staff and used to confirm their fan legacy.

The open beta will launch with 500 signups on the first day, with more fans to be let in on a regular basis. Liquid+ is scheduled to move out of beta status by the end of the year. Once fans can go back to physical esports events at a stadium, Liquid+ should have more ways to reward fans.

Team Liquid was founded in 2000 in the Netherlands and has evolved into one of the leading international multigame esports teams with training centers in Utrecht, São Paulo, Brazil, and Los Angeles. In September 2016, controlling interest in Team Liquid was purchased by the esports ownership group, Axiomatic. Axiomatic leadership includes CEO Bruce Stein and co-executive chairmen Peter Guber, Leonsis, Jeff Vinik, and Bruce Karsh.