New Year’s resolutions are so last year, (not to mention hard to keep).

We’ve all been there. We give ourselves a great number of reasons to try harder, highlight areas of business that deserve our renewed focus, and commit to specific (albeit sometimes intangible) goals. And it actually works for a month or so — until excuses become more frequent and negotiations with our inner-selves creep in.

Let’s not do that this year.

Instead, let’s recognize that life, and business, are moving targets. Priorities change, and we get busy. Rather than dwell in the pressure of short-lived resolutions, we offer you 10 indisputable facts and our full-strength Manifesto — a collection of mantras and mottos to keep us feeling inspired all year long (without any of the guilt).

It’s a great time to be a mobile app developer. Here’s the data to prove it: 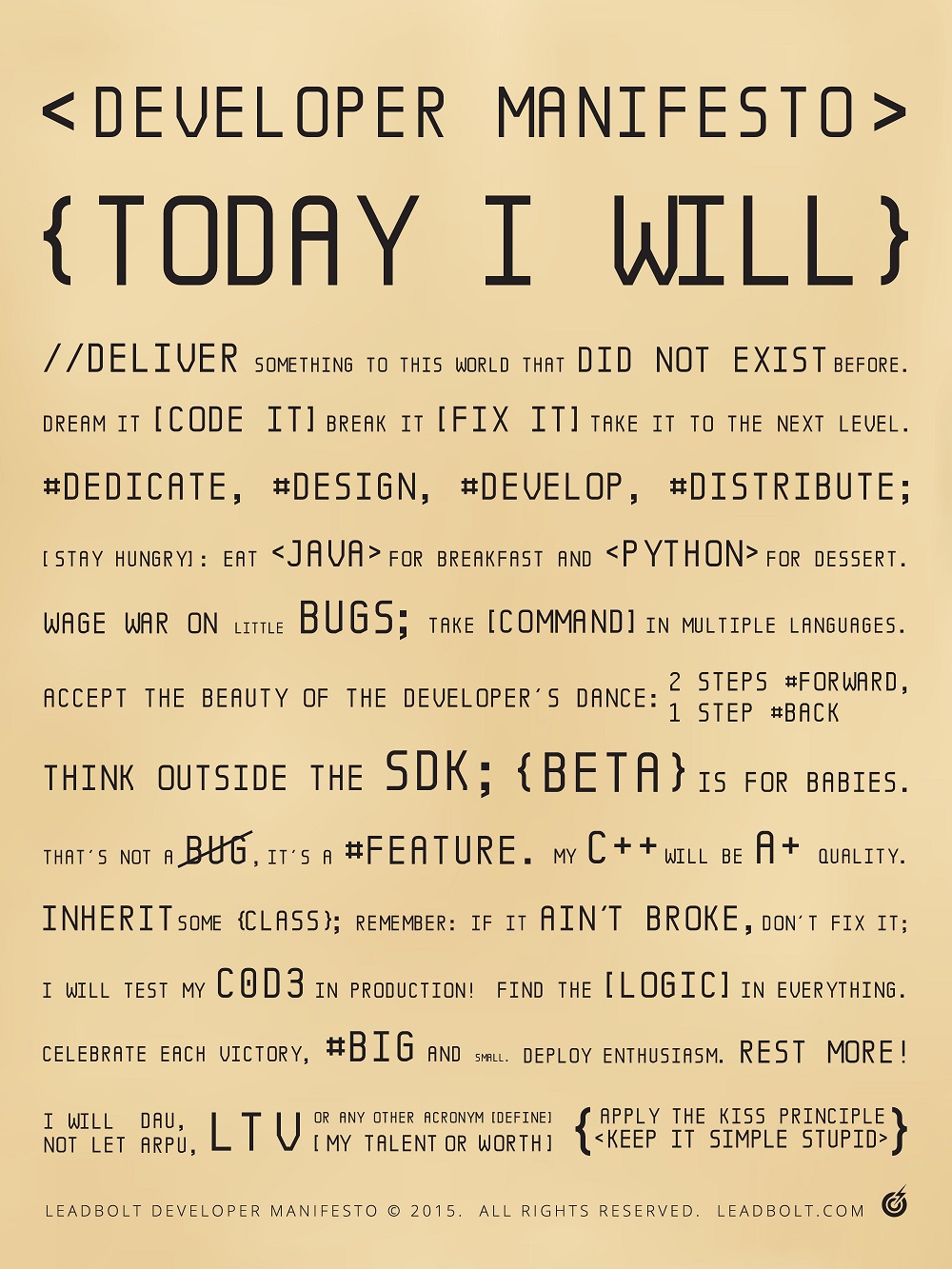 In addition to the truly inspiring facts and figures, the Leadbolt team collected wisdom from app developers across the globe to bring you a Manifesto that will fuel your drive and cheer you on every step of the way for a prosperous and innovative new year.

App developers, if you’re looking for inspiration, the signs are all around you.  The facts speak for themselves, and the mobile industry is moving at lightning speed and only getting stronger.  2015 is indeed a great time to be a mobile app developer.

Dale Carr is the founder and CEO of Leadbolt, the mobile marketing platform. Ernst & Young named Carr its 2013 Entrepreneur of the Year for Technology in Australia.