Maybe you feel sick over the infamous torture scene in Grand Theft Auto V and want to amend for all the crimes you’ve committed since September. We feel you. Rockstar’s latest game is far from the epitome of an ethical or empathetic game.

These games are. With a little help from the Electronic Software Association to get us started, we’ve rounded up a list of 10 games that you can play or support to get in touch with morality again. 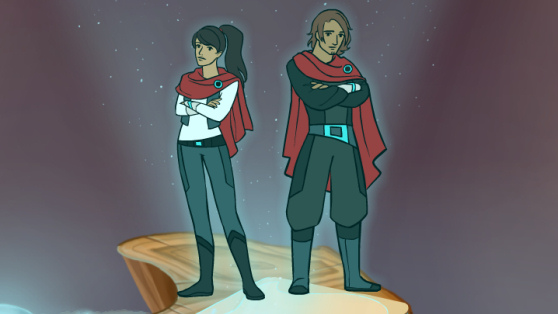 Quandary is a free browser game that emerged from the combined efforts of two student development teams, the Learning Games Network, and FableVision Studios. Each of the three episodes takes up to 30 minutes to complete and will help you learn how to better solve problems.

Players act as captain of a futuristic space colony and must weigh issues that the residents (depicted as digital character cards) bring to your attention. This means considering multiple perspectives, gathering all the facts, and making the best choice for everyone’s needs.

Quandary won the award for “Best Game of the Year” at Games for Change 2013, so it’s worth an hour or two. A tablet version is available for iOS and Android. 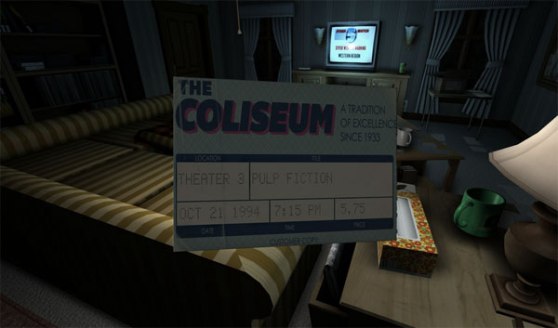 Above: A room and memento in Gone Home.

Gone Home is The Fullbright Company’s debut title, an interactive-story game for PC, Mac, and Linux. You play as a girl who’s come back from Europe to find an empty house, her family members missing. Letters, audio diaries, and mementos piece together their stories.

The 1995 setting, riot grrrl music, and horror vibe might draw you in, but Gone Home is about empathizing with the reasons people have for acting a certain way, even if their behavior or perspective clashes with your life views. Extramarital affairs, sexuality, and abuse are among the issues that Gone Home explores through characters you come to know intimately but never meet. 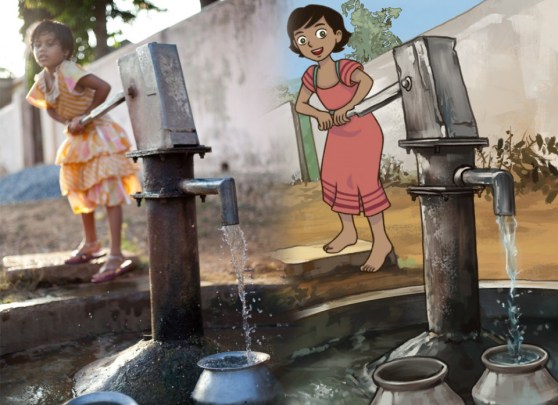 Get Water! For India

Get Water! For India is the newest version of Decode Global’s debut game (available in the App Store). It’s a story-driven endless runner that follows a girl named Maya, whose search for water interferes with her education.

This edition features support from nonprofit organization Charity: Water, which helps bring clean drinking water to people around the world. Players learn about the hardships that people in developing countries endure every day and the ways we can make a social impact.

For once, you can actually feel good about microtransactions: Half of proceeds from in-app purchases benefit Charity: Water. 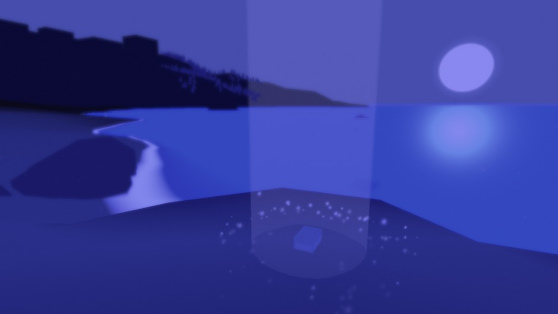 Above: 9.03m honors victims of the Great East Japan earthquake.

Here’s one that should appeal to every gamer: 9.03m from Space Budgie is a first-person art game about the devastating Tōhoku earthquake that rocked Japan in 2011, triggering a devastating tsunami that killed thousands and disrupted the country’s business industries. The PC title (available on the indie-game digital distribution service Desura) aims to remember the victims as people, not numbers in news reports.

Players comb Baker Beach in San Francisco, where debris from the tsunami washed ashore, to gather objects and collect butterflies. Half of sales benefit Aid for Japan, which helps children who lost their parents in the tsunami.

You can also vote for the game on Steam Greenlight. 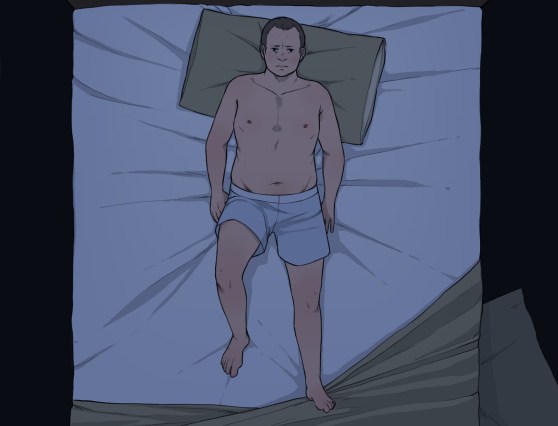 Above: Evan Winters in Actual Sunlight.

Actual Sunlight deals with mature themes and features heavy profanity, so it’s not for younger players. Developer Will O’Neill describes it as “a short interactive story about love, depression, and the corporation.”

Players assume the role of Evan Winter as he moves through three distinct periods in his life, but they’re only observers. They can’t change the destructive path he takes in life.

The tackling of issues like suicide makes Actual Sunlight an emotional experience similar to Depression Quest, in which players learn what it’s like to suffer with a mental illness.

This game is also in need of votes on Steam Greenlight. You can get it from Desura or the official website.

Above: Just a dream.

The unconventional war simulator Unmanned is a Games for Change Festival award winner from writer Jim Munroe and Italian studio Molleindustria. Available for free in browsers or as a download for PC and Mac, it examines the comfortable and relatively guilt-free life of a soldier who controls remote attack aircraft.

Through its split screens, Unmanned explores this separation of soldier and battlefield and the personal toll — and apathy — of killing from miles away. To the character, acts like shaving and playing video games with his son are as normal as assassinating a real-life target.

Call of Duty this is not.