Kingdom is not an easy game. It’s also a deliberately obtuse one — it gives you very little information, letting you learn by doing or talking with other people. But some working strategies may not be clear, so here are some of the more effective ones.

The main thing that will ruin your kingdom is traveling or expanding too far, too fast. To wit:

Save your horse’s energy for the getaway

It’s tempting to gallop as much as possible. But when you’re exploring away from your base, save the energy for the run back in case demons appear. They can take your crown in a real hurry, no matter how great your base is.

People are more important than money 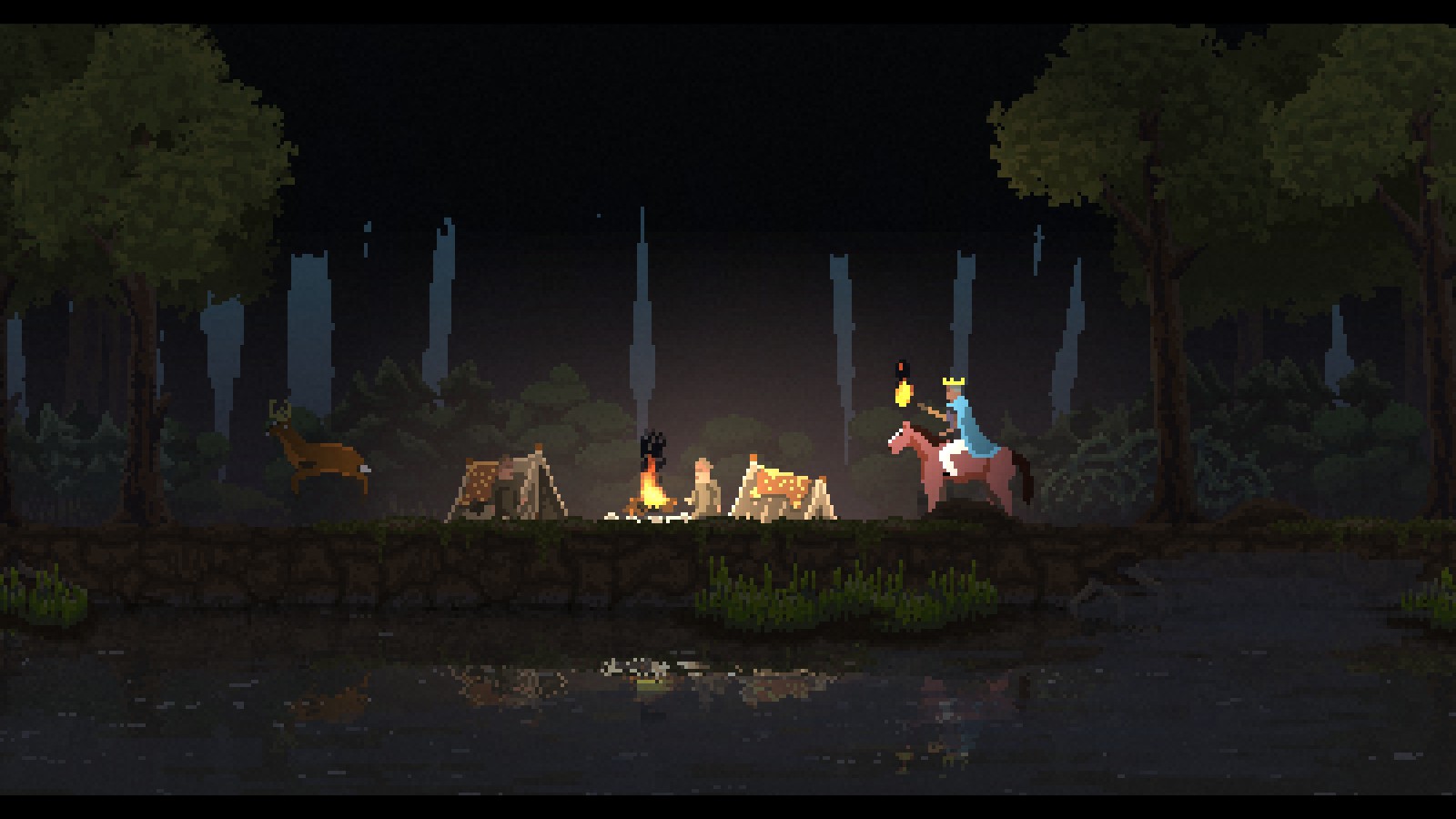 Above: Don’t expand so fast that you crowd out neutral camps.

In the early game, cash is rare, so it can feel like Kingdom is about saving and spending wisely. But once you start building farms, money becomes far less of an issue. Instead, find nearly neutral camps in the forest and build your population. Also, if your people get attacked, they can revert to neutral and wander off — try to reclaim them before they go.

Expanding too fast gets rid of the neutral camps — they need to have trees on both sides — with no way to get more population other than ranging further and further into the woods. Build up instead of out while you get your people set up. But how do you know when to expand?

By far the most important item to craft in the early game are bows. Archers will kill wildlife to get more gold and fill in any watchtowers you build. Once you’ve got 10 or so archers roaming around on each side, you can expand relatively safely. Keep replenishing them, too — you always want free archers around. 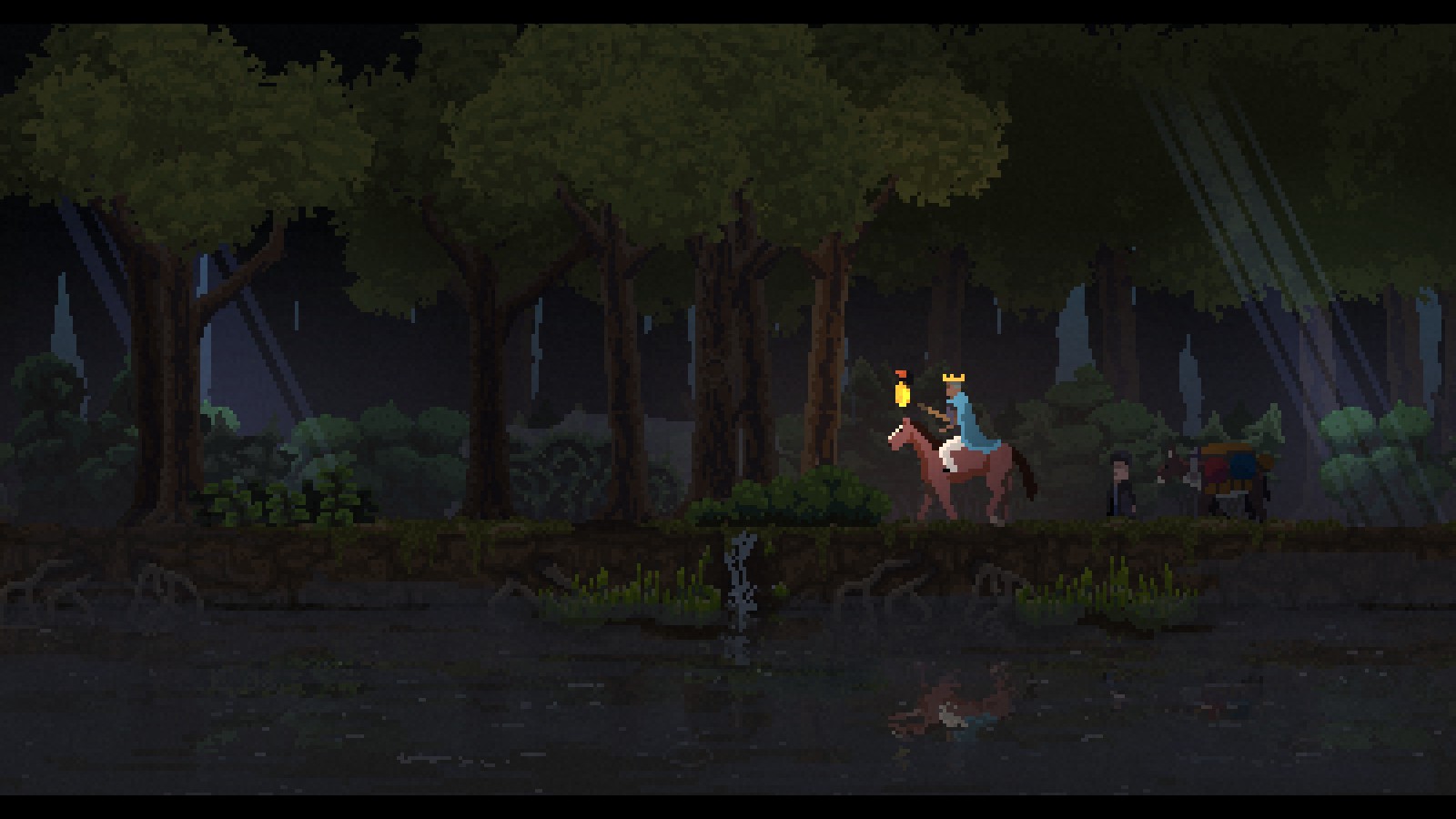 Above: The merchant is key to your realm’s growth.

The most efficient method of building your item stocks is to find the merchant. He’ll be deep in the woods, near the demon gates, so be careful. But for just 4 gold, he’ll wander back into town and fill your stock of one item at random — and keep filling as long as he’s standing there, so you can get six or seven scythes if your citizens are nearby — that’s 4 gold to the merchant for 35 gold worth of farming. Best of all, the merchant is always in the same spot, so he’s pretty easy to find and exploit.

When you clear enough land, you’ll find some streams. Build these up once, and they’ll become a farm. Your scythe-carrying people will come out and farm, making a good amount of money, and then they’ll head back to base at night. If you upgrade the farm a second time, however, you’ll get a farmhouse, and your people will stay the night there, allowing them to make much more money — but they won’t be safe at night.

So don’t build that farm upgrade until you’ve got walls on the outside of the farms — otherwise you’ll lose farmers and scythes after every attack, and that’s expensive. 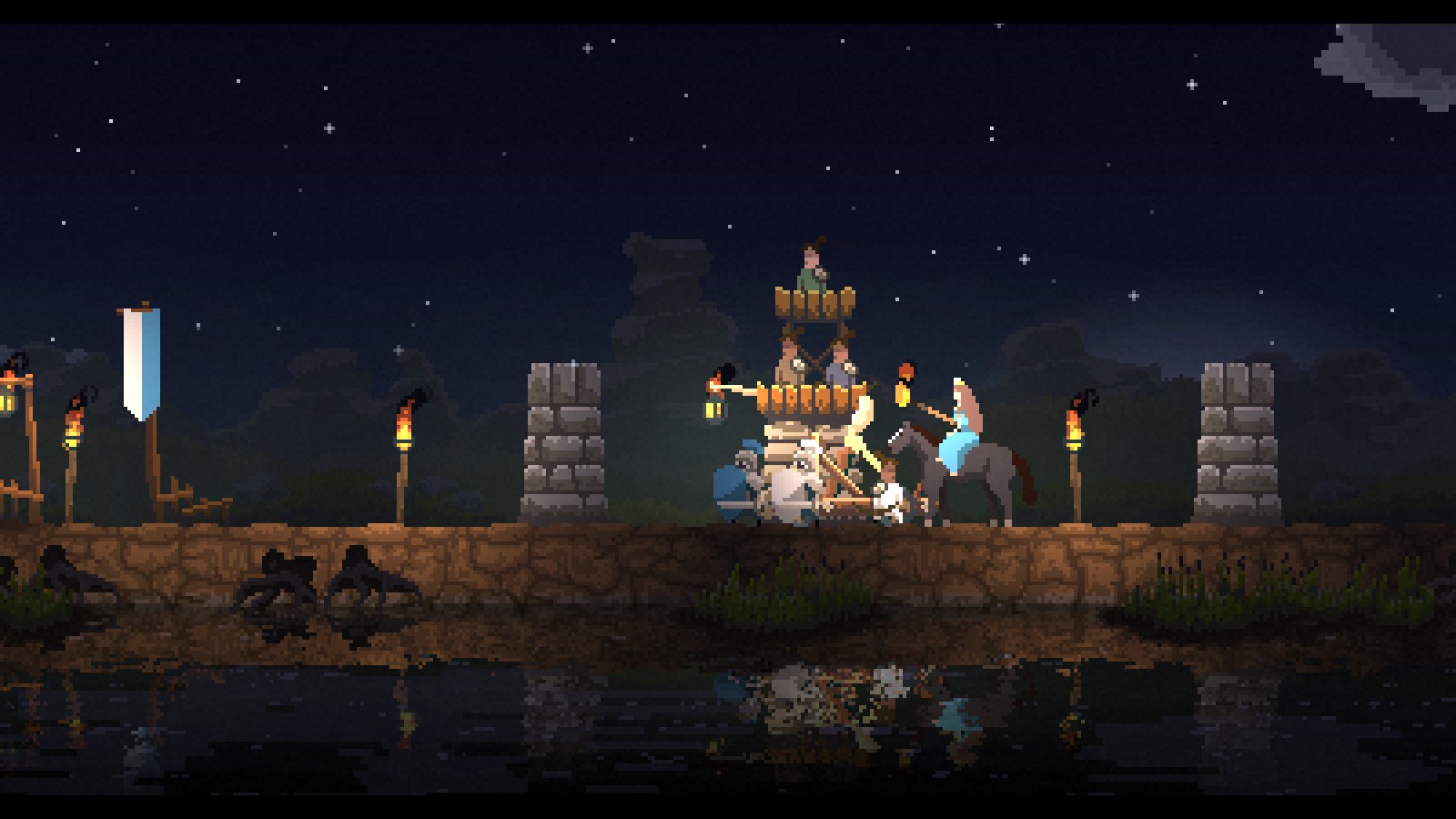 Above: Establishing strong defensive positions is key in Kingdom.

The defensive setup at the start of a game is simple and effective–two wall/watchtower setups in both directions. But outside of that, the earth mounts and rock outcropping that turn into defenses are randomized, so it can be tough to find a good setup. Here’s a good one, with a watchtower wedged between two walls (you’ll usually want towers behind walls).

But you’ll want to seek them out, and expand to those points and only those points, because. …

Your furthest walls are your defensive focus

The A.I. for your troops pushes out to the furthest walls. So you can have a perfect defensive setup in one location. But if you’ve even put a tiny stockade out beyond that, your catapults will move there, as will your armies (more on them momentarily), and many of your archers will set up behind that outer wall. This will almost always defend against most enemy attacks — but if your forces get spread out, they’ll get wiped out easily.

When you’ve upgraded your camp into a castle, you’ll have the opportunity to build new stuff on both sides of the castle. These are shields, which citizens who become knights pick up, and they then recruit a few archers to form little armies. This sounds great, but it has some caveats.

The main one is that any new archers are immediately used to fill in any gaps in an army This means they won’t fill in watchtowers, and they won’t wander and hunt. As such, building an army too early — or rebuilding it after a difficult defeat — can severely hamper your defenses and infrastructure. Be careful to build the armies when you’re comfortable with your defenses.

During the daytime, your armies will move out beyond the walls, under a banner. If you drop a coin on the banner, they’ll go out on a sortie to attempt to destroy a demon portal. Whether they succeed or not, this results in a massive demon invasion that will almost certainly kill them all, and likely do major damage to your defenses. Therefore, only do this when you’re secure in population, gold, and defenses.

Also, be extremely careful with your king or queen–it can be tempting to watch the army do their thing, but it’s super easy to leave too late when the demons come, and you’ll lose your crown and the game.

With these tips you should have a good understanding of the structure of a Kingdom game. Good luck, though–you’re still gonna need that!