Fifteen new cities are being added in total, though Google didn’t say how many schools exactly would be participating in the expansion or how many the program now totals. It did say that teachers can choose from more than 120 tours of places such as Antarctica, the Acropolis, or the Borneo Rainforest to show their students.

Along with partner Subaru, Google gives participating schools an Expeditions kit, which includes Asus smartphones, a tablet for the teacher, a router, and viewers that turn phones into virtual reality headsets. Some kits include Mattel’s new View-Master virtual reality viewers while others include Google Cardboard (a simple gadget made out of a few pieces of cardboard and a couple of lenses). 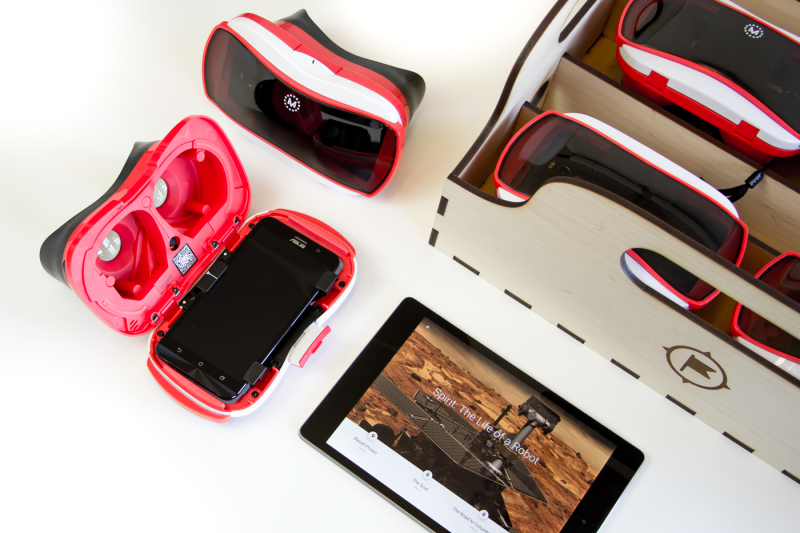 Google today also revealed that more than 100,000 students have participated in the Expeditions Pioneer Program. Not bad for a program that rolled out just two months ago, but also not too surprising considering all students in the same classroom can go on one trip. With the expansion today, it’s easy to see how Google will hit 1 million students sometime next year.

Google seems to be accelerating its virtual reality push as of late. Just last week, YouTube made every one of its videos compatible with Google Cardboard.

While Google’s strategy is to get cheap Cardboard kits into as many hands as possible, Facebook has a very different approach. CEO Mark Zuckerberg said last week he expects Oculus Rift sales will be very small to start.