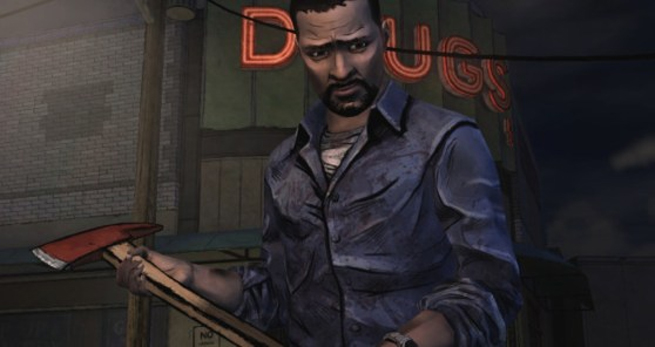 After the lukewarm reception for Telltale Games’ previous licensed titles, Jurassic Park and Back to the Future, expectations weren’t exceedingly high for The Walking Dead. So it was a pleasant shock when the video game turned out to be one of the best examples of interactive storytelling we’ve seen all year.

The Walking Dead (for the Xbox 360, PlayStation 3, PC, Mac, and iOS devices) is a classic point-and-click adventure game, its simple puzzles interspersed with light action sequences, quick-time events, and tension-filled decision-making. But it’s the story, not the gameplay, that makes it so compelling. At its core is the relationship between the hero, Lee Everett, and Clementine, an 8-year-old girl he befriends while seeking refuge from zombies in the Georgia suburbs. Over the course of five episodes, the game tells a grim tale of survival and morality, but none of it would have been nearly as effective if Telltale hadn’t done such a wonderful job in creating a cast of believable, relatable characters.

Children are often difficult to portray in video games or other types of entertainment media, but Telltale nails it. Clementine is both vulnerable and courageous. She’s innocent but not cloying. The game’s writers could’ve easily turned her into an annoying albatross, a character in need of protection and little else (see: the television show’s Season Two Carl). Instead, she’s a capable sidekick (see: Season Three Carl) and moral compass. Years from now, developers and critics alike will point to Clementine as an example of how to do a child character right.

Many of the game’s adult survivors are just as well-rounded and interesting to interact with, which makes it all the more gut-wrenching when you lose one. Telltale pulls no punches, offing its main cast in shocking and gruesome fashion. I lost track of the number of times such a moment made me gasp out loud, curse at the screen, or even cry. And judging from comments made around the Internet, I’m not the only one. It’s rare for a game to evoke such a visceral reaction in players.

The Walking Dead is by no means a perfect game. The puzzles are a little too simple at times, and the game suffers from some nasty bugs and framerate issues. But what it lacks in technical polish it more than makes up for in emotional, stress-inducing storytelling. For years, people have wondered why video game narratives don’t seem to have the same maturity and depth as films. While The Walking Dead has little in common with the latest Oscar contenders, it’s proof that we, as gamers, are ready for more than bombastic summer blockbusters. We’re ready for games that push the boundaries of storytelling — ones that move us and make us think. Many triple-A publishers have attempted it, but to see an indie studio accomplish it in a $25 downloadable episodic title is laudable. And that’s why The Walking Dead is GamesBeat’s 2012 Game of the Year.

Read our The Walking Dead reviews

Episode  4: Around Every Corner review

GamesBeat’s 2012 Game of the Year Runners-Up