2015 isn’t short of great and memorable video game stories, whether it’s playing the role of a detective and solving a murder, escaping the clutches of a serial killer, or battling your demons as a vigilante.

As games and their developers continue to mature, the importance of telling a great story alongside creating fun gameplay will keep rising. The days of only playing Super Mario-type platformers with minimal plots are long gone. We now expect well-written characters and interesting narratives, and for the most part this year, developers haven’t disappointed us.

We’ve an episodic-adventure title that pushes boundaries with the types of subjects video games can cover, a horror title inspired by The Matrix, a mystery thriller that relies heavily on full-motion video, and a game that fully embraces teen-horror movie tropes — creating something that’s unexpectedly exciting and fresh. Oh, and who can forget the thrilling psychological battle between Batman and the Joker?

7. Everybody’s Gone to the Rapture 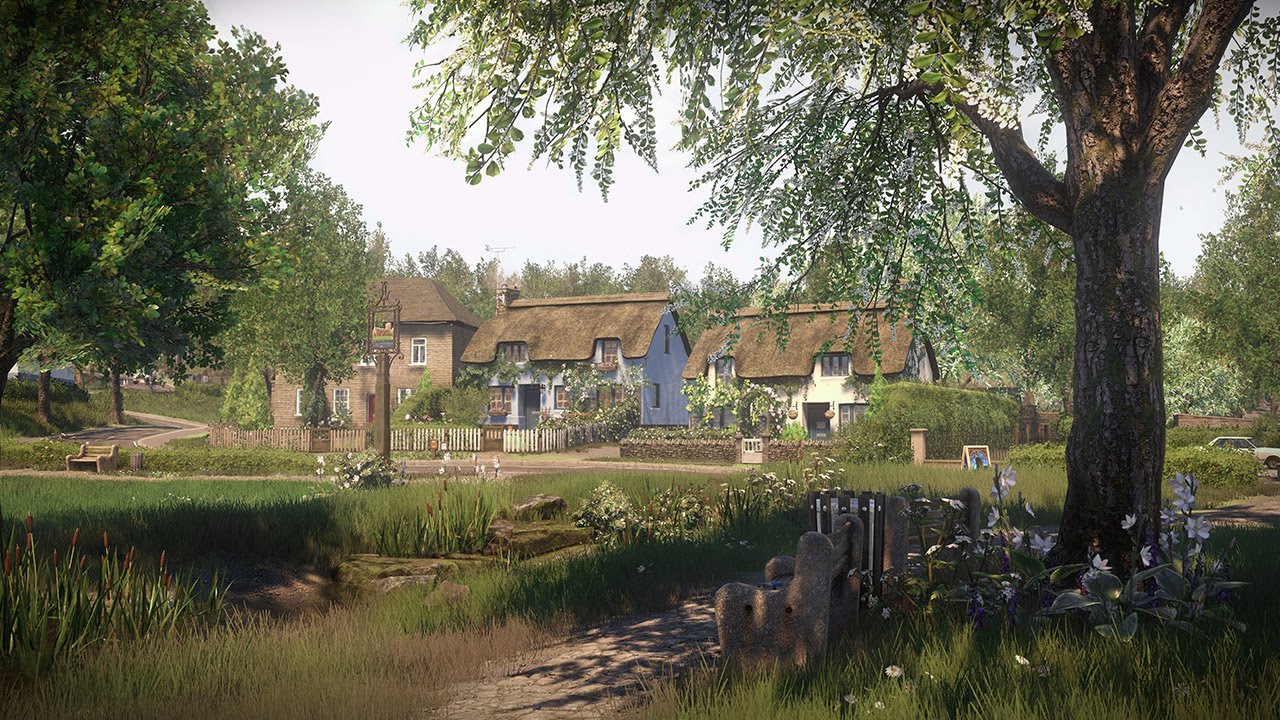 Developer The Chinese Room’s Everybody’s Gone to the Rapture is a first-person, story-driven exploration game that takes place in a small English village whose inhabitants have disappeared, and it’s up to you to find out how and why.

The game tells two interwoven stories. One is about the people who live in the village (England county Shropshire’s fictional Yaughton Valley), which is told through mysterious floating balls of light that you can find and interact with, and the other is the story of the apocalyptic incident that presumably caused them to go to the Rapture. It’s a captivating plot that puts a clever twist on the ancient biblical story of the Second Coming of Jesus Christ.

The Chinese Room was able to craft a complicated narrative that feels disturbing and harrowing, and one that requires you to play through the game multiple times to fully understand it and catch every little detail. Everybody’s Gone to the Rapture is one of this year’s best examples of the growing rise of quality first-person exploration games that rely solely on storytelling rather than gameplay. 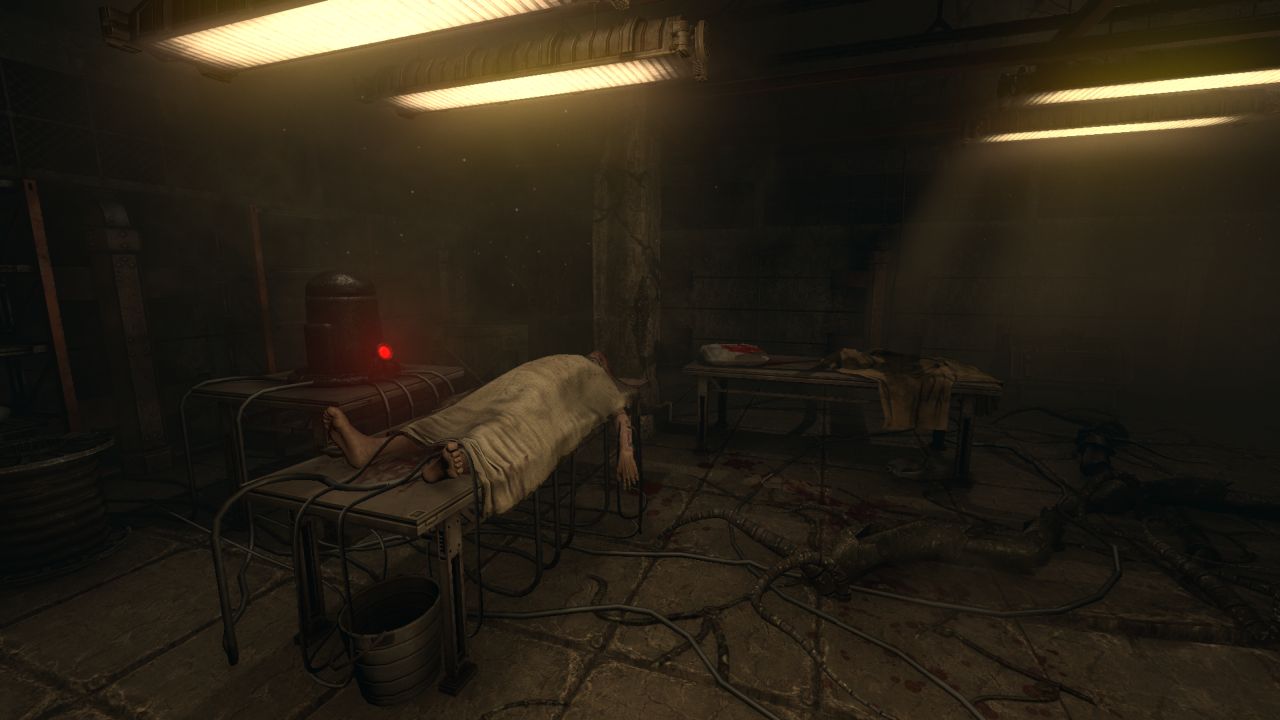 Above: Is he dead?

Soma is a first-person horror game similar to Everybody’s Gone to the Rapture in that it doesn’t contain any combat whatsoever. Developed by Frictional Games, which made the terrifying Penumbra series and Amnesia: The Dark Descent, Soma deals with the horrors of reality and the lengths people will go to in order to live “normal” lives.

You assume the role of Simon Jarrett, who suffers from brain damage and cranial bleeding due to a recent car crash. As he visits a doctor for an experimental brain scan, he passes out and wakes up a century later in an abandoned underwater research facility.

What follows is a brooding story brimming with crazy plot twists as Jarrett tries to figure out where he is, how he got there, who he has become, and what is wrong with him. Soma cleverly borrows from The Matrix but contains enough of its own original story beats to create a thought-provoking game that will stay with you for a long time.

5. Tales from the Borderlands 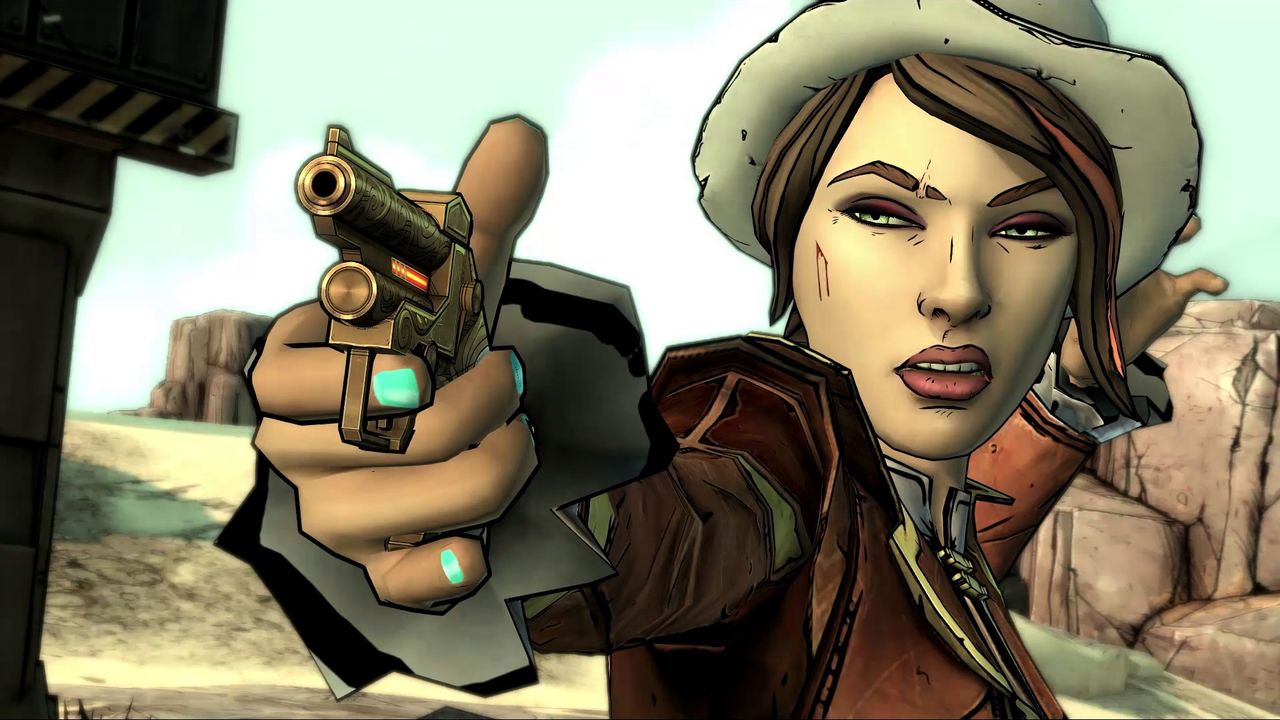 Based on Gearbox Software’s Borderlands series and set after the events of Borderlands 2, Tales’ story is largely told in media res — opening in the middle of the action, with exposition largely bypassed and filled in gradually through flashbacks or dialogue. You play as two likeable main protagonists: Rhys, a Hyperion employee, and Fiona, a con artist working on Pandora.

The game features a fun story, which revolves around acquiring Vault Keys and opening new Vaults, a great set of characters and voice actors, tough story choices to make, and arguably the funniest writing in games this year. Though Tales from the Borderlands isn’t as poignant as some of the other entries on this list, it’s still arguably the funnest video game story this year and a raucous great time. 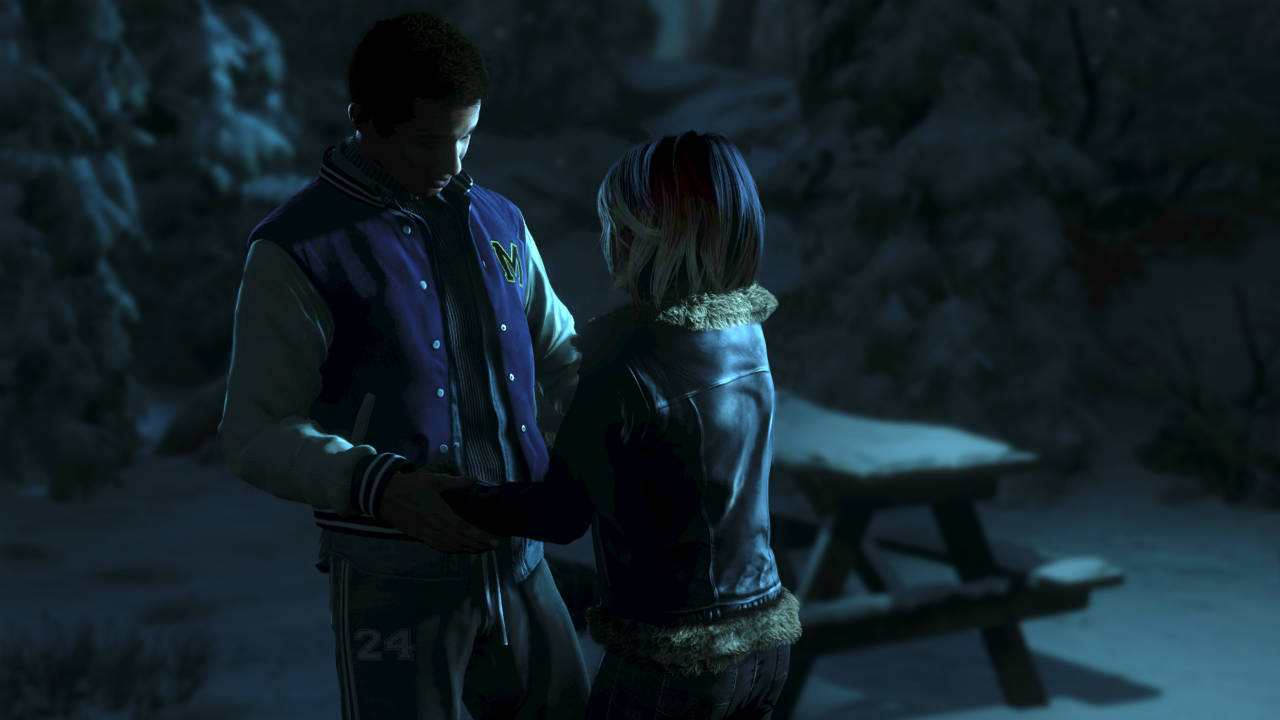 Above: What a touching love story.

The interesting thing about developer Supermassive Games’ Until Dawn is that it does something refreshing by basing its story on teen-horror movies and its gameplay on developer Quantic Dream’s past work, such as Heavy Rain. It fuses tried-and-true narrative and gameplay elements to make it one of the most surprising games this year.

The story is simple: A group of seven young adult friends go to their Blackwood Pines lodge to celebrate their annual winter getaway. Of course, it’s quickly made apparent that a psychotic serial killer, inspired by characters like Jason Voorhees and Michael Myers, is on the loose and picking off these teenagers one by one.

Surprisingly, Until Dawn’s cast of characters aren’t annoying little brats, and you’ll find plenty of intriguing plot twists. More importantly, however, Until Dawn is driven by a deluge of choices you can make that’ll dramatically shape the story. Each player’s experience will be different, which makes your own playthrough that much more special.

Developer Dontnod Entertainment’s Life Is Strange is the other episodic-adventure game on this list. It ventures into territories that very few games will — taboo subjects like school bullying, rape, depression, suicide, and murder. This is all told through the perspective of a high school photographer named Maxine Caulfield and her best friend Chloe Price.

Though Life Is Strange could’ve easily been a game solely about teen angst and high school drama, Dontnod puts a cool spin things by introducing Maxine’s ability to rewind time, leading to your every choice enacting the butterfly effect. One small change in one timeline can result in bigger changes in another timeline.

You’ll be making a ton of these types of difficult decisions throughout Life Is Strange’s five episodes, and the added mystery of a friend’s disappearance makes the whole story even that much more interesting. 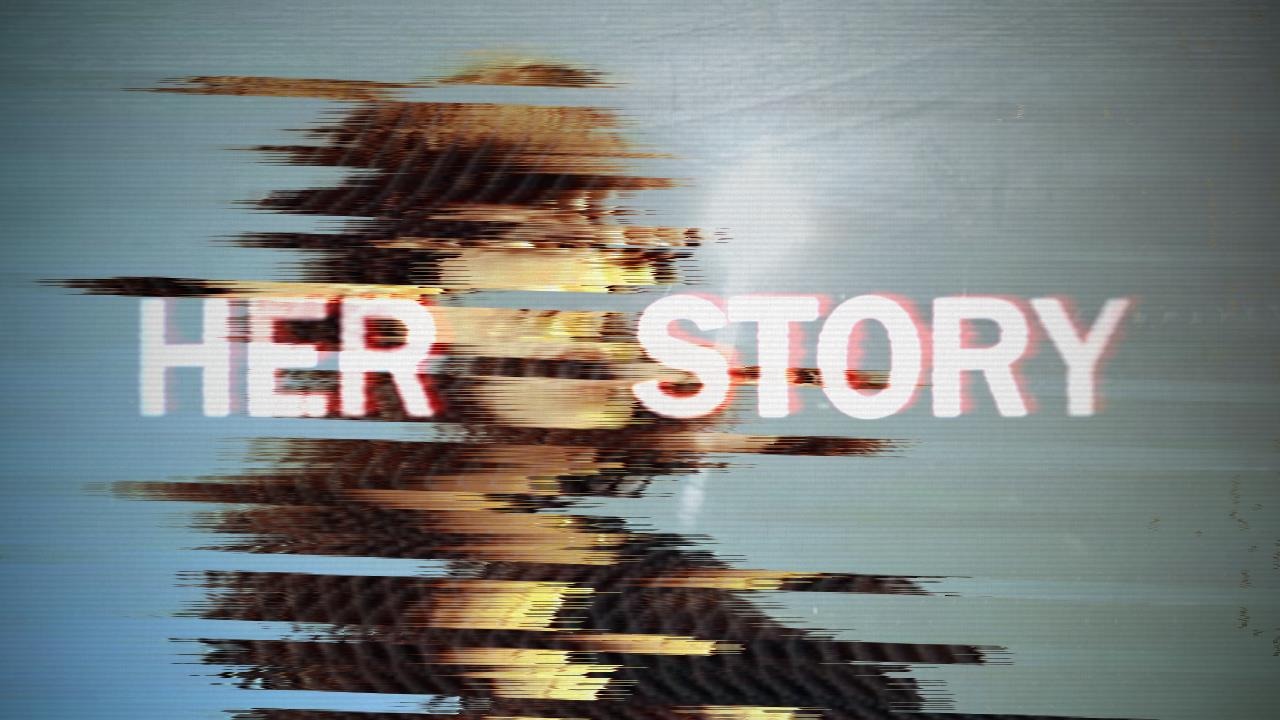 Sam Barlow’s captivating full-motion video mystery thriller has you playing the role of a detective like you never have before.

For those unfamiliar, an FMV video game has a narration technique that relies upon pre-recorded video files with real people acting, rather than the sprites or 3D models typically found in games. Barlow uses this design choice with great effect, crafting one of the most authentic detective games to date. Her Story is about a set of fictional interview tapes that feature a woman named Hannah Smith, played by the excellent Viva Seifert, whose husband, Sam, has gone missing and is later found murdered.

By sorting through these interview tapes (which you do so by searching an old computer database), you attempt to solve the murder by piecing together the slew of clues and details you gather from the clips. As you’d expect, Her Story does have a few shocking plot twists and is very well written, but the game’s biggest strengths are Seifert’s wonderful performance and the game’s heavy reliance on your ability to actually find the culprit with no handholding. It’s interactive storytelling at its best. 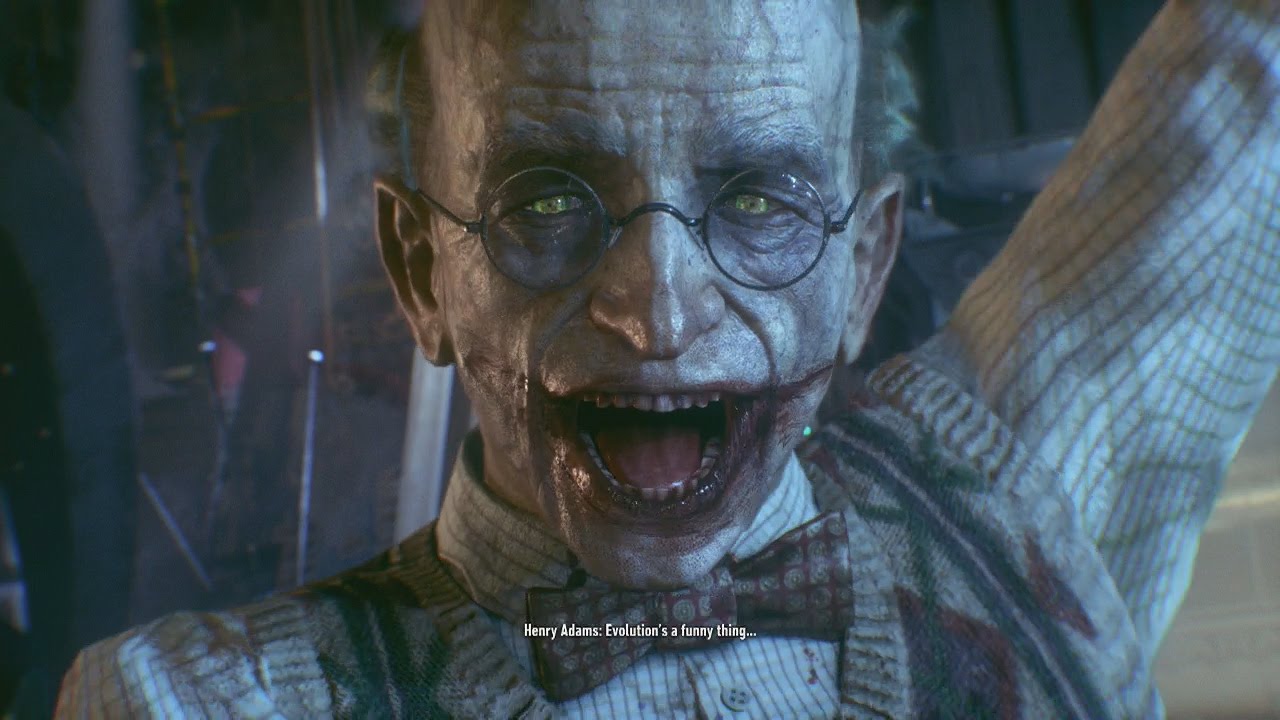 Though Rocksteady’s third Arkham game is arguably the weakest entry in the studio’s Batman trilogy, that’s solely down to Arkham Knight’s gameplay flaws. The main story, however, is definitely the best in the series.

Arkham Knight examines the tumultuous relationship between Batman and the Joker in some of the cleverest and coolest ways possible, and the game shows us why we’ve been so in love with both of these comic book characters for several decades now. The emotional struggles that have consumed Batman after years of fighting crime provide for some truly memorable moments and scenes, which I won’t spoil here.

Aside from the Joker’s involvement, Batman’s exceptional rogues gallery is put to great use with the Scarecrow and new villain Arkham Knight acting as the main baddies. The talented voice cast does great work here, and the presentation is top-notch as well. Even though Arkham Knight fails to bring anything revolutionary or new when it comes to video game storytelling, like the other games on this list, its old-fashioned tendencies don’t take away from how well realized and well written it actually is.