2K, a label of hardcore game publisher Take-Two Interactive, is announcing today it is creating a new game studio, Hangar 13, which will be led by veteran Star Wars game developer Haden Blackman.

Blackman told GamesBeat that the studio will work on a game for current-generation consoles and PCs. It will be based at the 2K location in Novato, Calif., north of San Francisco, where there are lots of game developers who once worked for George Lucas’ LucasArts game studio, which was acquired by Disney as part of its $4 billion purchase of Lucasfilm. Disney shut down LucasArts in April 2013.

It’s rare to see a brand new console game studio appear at a time when everyone is diving into mobile gaming. The barriers to entry for mobile and online games are much lower, but building high-quality console and PC games is hard work. But it’s not a surprise that 2K and Take-Two are taking the risk of funding such an enterprise. Take-Two’s studios include Rockstar Games, the creator of the Grand Theft Auto series, and 2K has published numerous high-quality titles, from Borderlands to XCOM and BioShock. Taking risks and betting big is part of 2K’s DNA.

“I jumped at the opportunity to work with 2K,” Blackman said. “They are really committed to quality. I also love working on big games, console and PC titles. Those are the games that I like to play, with complex problems to solve and building teams to solve those problems. I also love the opportunity to develop proprietary technology. It’s super-empowering and challenging.”

Hangar 13 isn’t describing its debut game yet, but it will offer players “the opportunity to shape their own experiences through moment-to-moment gameplay, characters, and narrative,” Blackman said.

The company is building its own proprietary technology, and it is assembling a sizable core team to work on its titles. Its name refers to the refurbished aircraft hangars that have been rebuilt as office buildings. There is no Hangar No. 13 among the buildings.

“It’s an exciting place to be in the North Bay, where we’ll be close to Telltale Games and Toys For Bob,” Blackman said. “We have an air of mystery here. We’re working on a top-secret project in a hangar that doesn’t exist.”

Blackman is a veteran who has worked on more than 20 games. He started his career as a writer at LucasArts Entertainment. He became the franchise director and senior executive producer for Star Wars games. He was instrumental in shaping and launching Star Wars: Knights of the Old Republic and Star Wars: The Force Unleashed. For the latter, Blackman won the Writer’s Guild of America Video Game Writing Award. He has also won awards for writing DC Comics’ Batwoman, and he is currently writing Elektra for Marvel Comics.

Blackman spent some time in mobile. He co-founded independent game developer Fearless Studios, which was acquired by Kabam in January 2012.

“I had a great time and learned a ton, but I wanted to get back to making the games I love to play — the really deep, immersive console and PC games,” Blackman said.

“It was an easy choice bringing on a talented creative mind and proven leader like Haden Blackman to head our new 2K studio,” said Christoph Hartmann, the president of 2K, in a statement. “Under Blackman’s direction, Hangar 13 will lead the charge in creating some of the most memorable triple-A experiences of this generation.”

The team includes veterans from across the industry, including some from 2K Marin and LucasArts, Blackman said.

Asked if it’s not too late to start a console game studio, he said, “Absolutely not. That is what drew me here.” 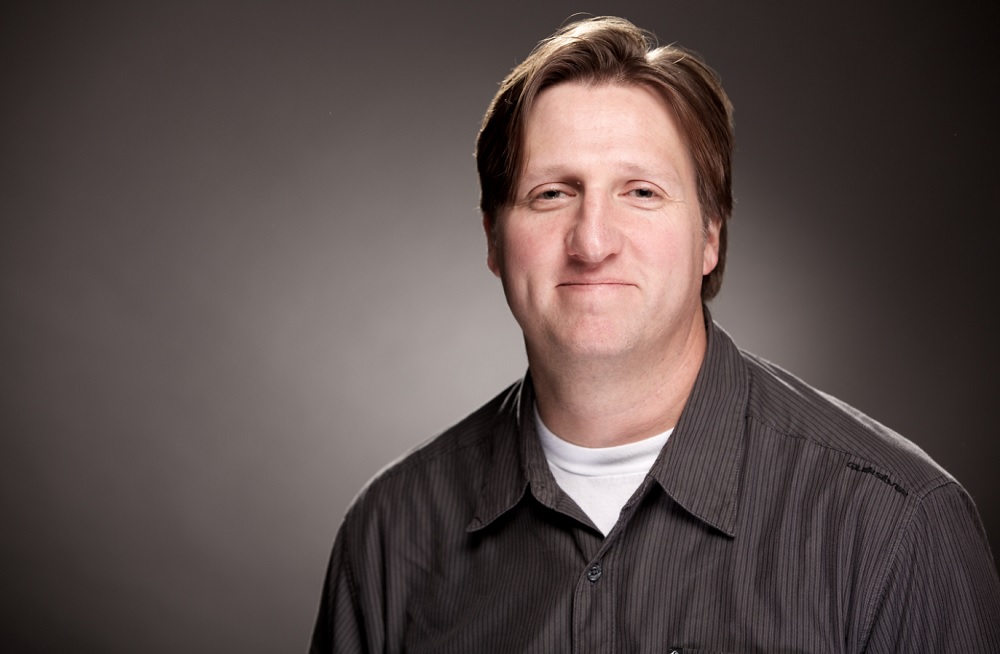 Above: Haden Blackman of Hangar 13