3D Realms is under new ownership and is trying to breathe life into the old-style shooter games, as evidenced by the announcement of Ion Maiden, a neo-retro first-person shooter for the PC.

“Ion Maiden is a throwback to classic shooters, a spiritual successor to Duke Nukem 3D,” said Frederik Schreiber, vice president of 3D Realms, in an interview and demo with GamesBeat. “It doesn’t impersonate a ’90s game. It is a ’90s game.” 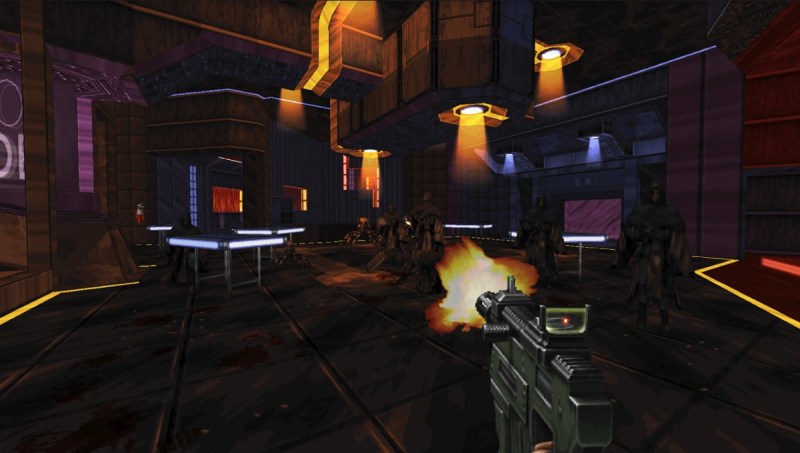 Above: Ion Maiden has lots of weapons and big explosions.

The game will debut in the third quarter of 2018 on the Windows PC, Mac, and Linux. The preview campaign, which comes with a preorder, will have several hours of gameplay.

In the Ion Maiden game, you play as Shelly “Bombshell” Harrison, who earned her nickname as a bomb disposal expert for the Global Defense Force. When transhumanist cult mastermind Dr. Jadus Heskel unleashes a cybernetic army on Neo DC, Shelly decides it’s time to start chucking bombs rather than diffusing them.

Her journey will leave trails of blood and gore in huge, multipath levels filled with those famous colorful keycards and plenty of secrets and Easter eggs to discover behind every corner. Your health doesn’t regenerate, so you’ll have to stop taking cover and start runnin’-and-gunnin’. Honestly, Ion Maiden should probably come out on three hundred floppy disks, 3D Realms said. 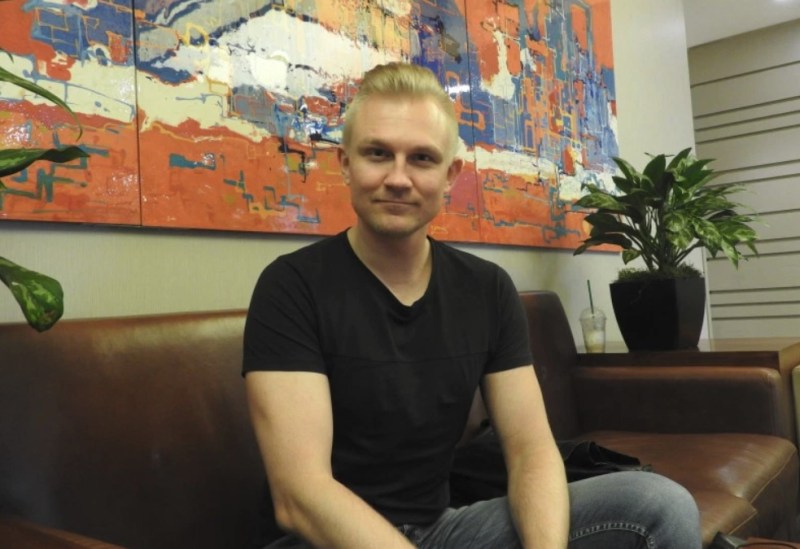 The game has an arsenal of weapons, all with alternate fire modes or different ammo types. Shelly’s signature revolver, Loverboy, brings enemies pain and players pleasure with single shots. She also has access to shotguns and grenades. In the demo, I thought the funniest thing was the Bowling Bomb, which you roll on the ground. It automatically seeks out targets and explodes on contact, even if those enemies are hiding. It’s an example of a typical over-the-top 3D Realms weapon.

The first level of the game has 28 secrets, and some of them you can only find by making your way to upper levels through some very difficult jumps. The levels are pretty open, with many paths to the end. The game runs really fast, as much as 999 frames per second. But it can run on an old 486 computer with 4 megabytes of main memory.

Some of the enemies are comical, like the spiders with human skulls that try to attach to your face. You can shoot corpses and play soccer with their heads. There’s a place where you can eat a McMonster Burger made up of salt and fat. 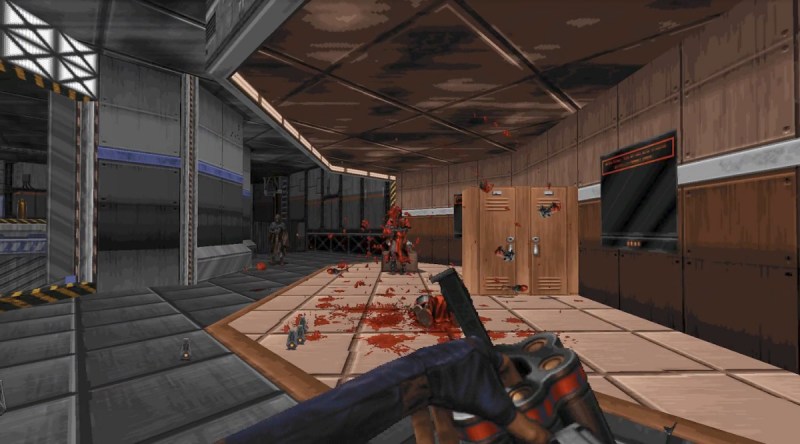 Above: Ion Maiden is bloody.

3D Realms is working with developer Voidpoint to make the game, which is based on the Build engine, which powered Duke Nukem 3D, Blood, and Shadow Warrior in the 1990s. The art is hand-crafted in a pixelated style, with some modernizations. Many of the places in the environment are interactive. If you go up to a wall socket, you can put your finger in and shock yourself.

“We wanted to make it as authentic as possible, but we didn’t want to limit it to the 1990s,”  Schreiber said. “We are bringing 3D Realms back to its roots. [3D Realms founder] Scott Miller told us that this game should feel like it was built in Texas in the 1990s. It will have a classically illustrated cover.”

Ion Maiden will be available in English, French, Italian, German, Spanish, and Russian for $20. Ion Maiden is a prequel to Bombshell, which debuted in 2016. It has no multiplayer gameplay at the moment.

About 15 people are working on the game. 3D Realms owns about 30 intellectual properties from the good old days. But some of its titles have been spread around the industry, like Duke Nukem, owned by Gearbox. Prey was sold to Bethesda, Max Payne was sold to Take-Two Interactive, and Shadow Warrior was sold to Devolver.