Dark Souls II is one of the finest, and most challenging, games released this year. The notoriously difficult action-role-player is as brutal and soul-destroying as it is rewarding, but its dark-gaming magic keeps players coming back for more.

Publisher Bandai Namco has been keeping track of what gamers are up to in Dark Souls II — including how they’re dying and what they’re killing — and we’ve been keeping an eye on these official stats via the Beyond the Fire website. Breaking them down, we’ve found some cool facts and figures that seem pretty unbelievable.

By contrast, the world death rate in 2011 was 105 deaths per minute, around 2 every second. That’s according to the Population Reference Bureau & The World Factbook. 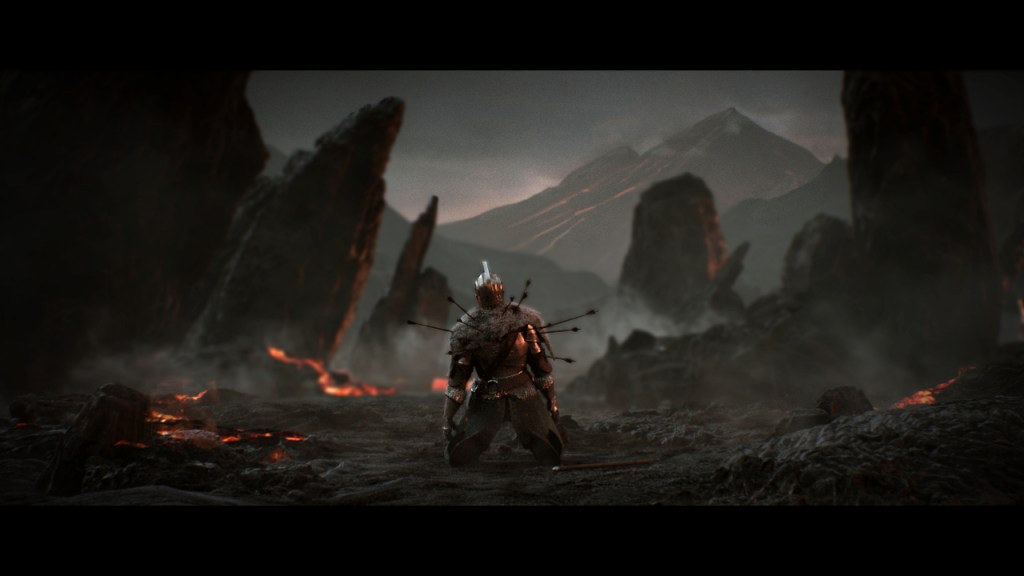 Above: Death comes all too easily in Drangleic. It’s more dangerous to live there than in the real world.

The Pursuer dies every time you take a breath

The Pursuer is one tough opponent, but he’s still dying 735 times every hour, or 12 times a minute. That’s the same as the resting respiratory rate of an adult human, according to A. Chandrasekhar, M.D.

PlayStation 3 gamers account for 501 of his hourly deaths, with Xbox 360 gamers nailing him the remaining 234 times. 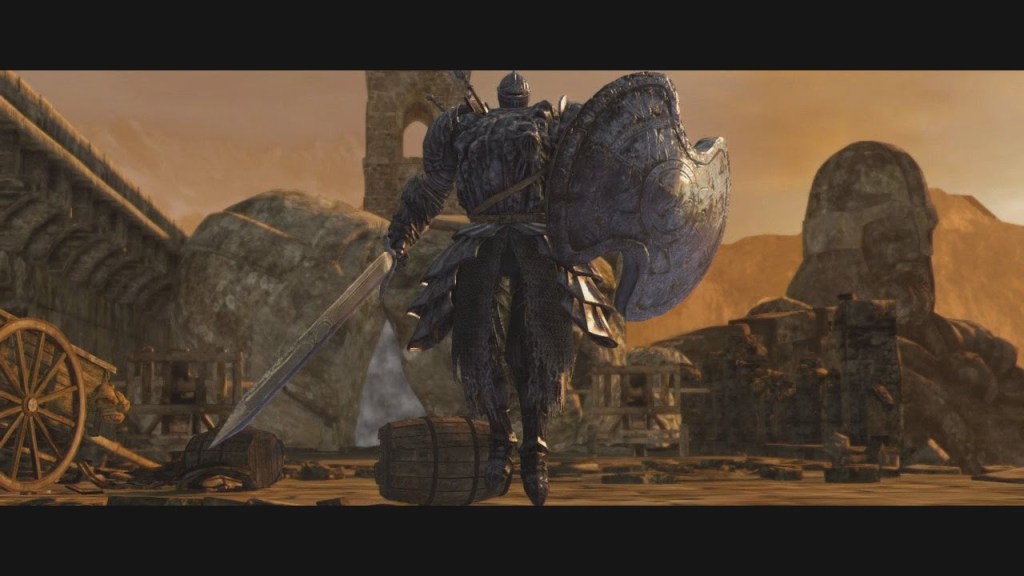 The number of Drangleic insects that gamers have saved this year

Best stick some bug spray in that inventory. 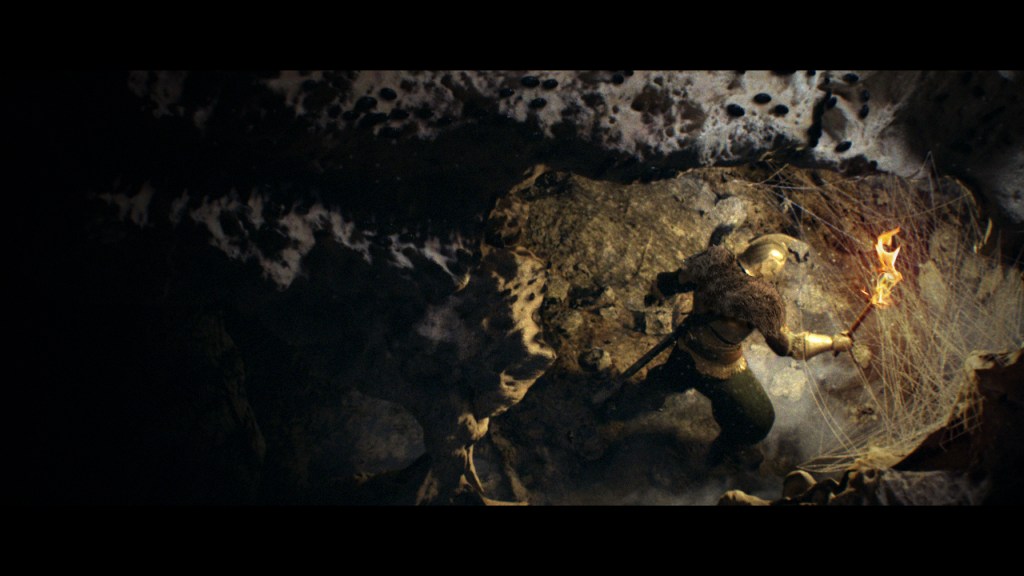 Above: The spider population of Drangleic has taken a serious hit recently. They probably only wanted to get out of the rain.

The number of souls console gamers have lost. If souls were dollars, that would have paid off the U.S. national debt back in 2011 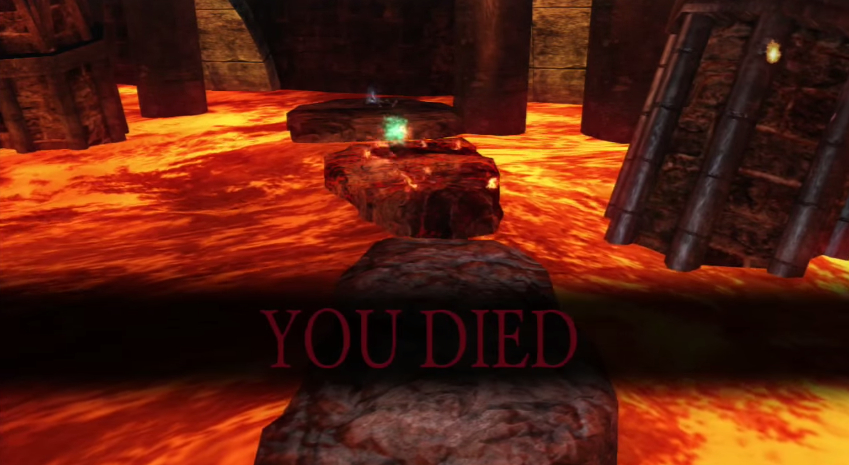 Above: Well, I’m not going back to retrieve those souls. No sirree.

Drangleic is an unfriendly place even when you take away the traps and enemies. Eight percent of deaths are from fellow gamers making trouble. Every minute, 360 players get struck down by a human opponent. That’s six every second. 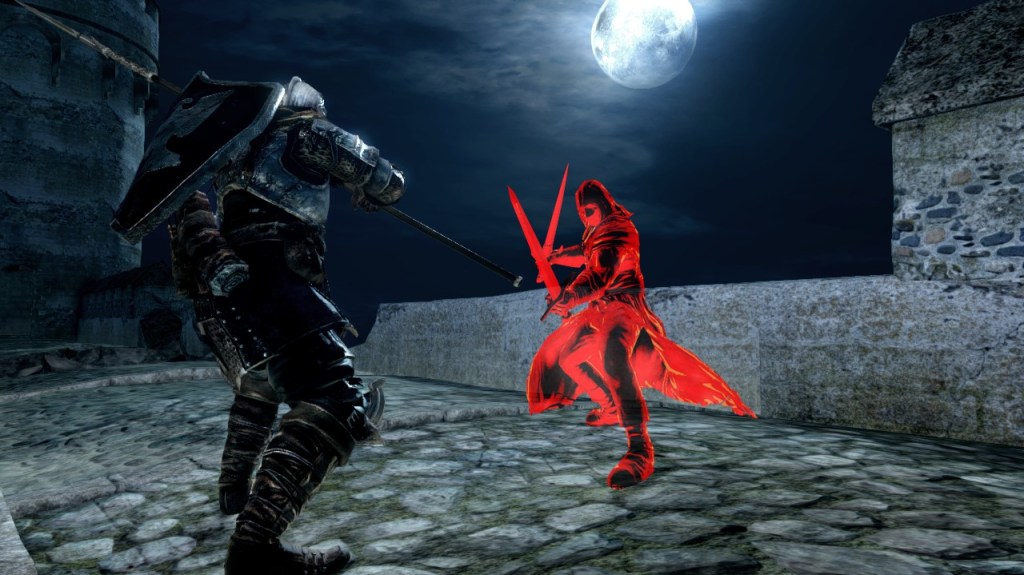 Above: Human players insist on piling on the misery in Dark Souls II.

The number of deaths due to something other than a fall, an enemy, a trap, or another player

Is it possible to die from the humiliation of repeated failure? Well, something must have caused those 16,721,802 deaths.

World War I also resulted in an estimated 16 million deaths, according the U.S. National Archives. 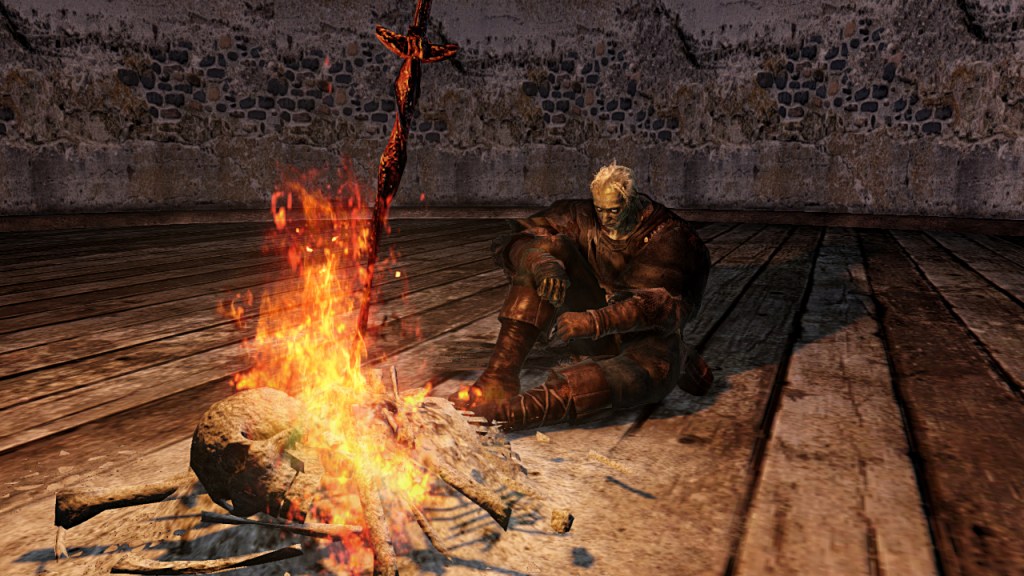 Above: Feel like you can’t go on? Yep, we’ve all been there.

According to the U.S. Pet Ownership & Demographics Sourcebook, the U.S. dog population was 69,926,000 in 2012. They’d all be dead within 45 days if Dark Souls II players were let loose into the real world. 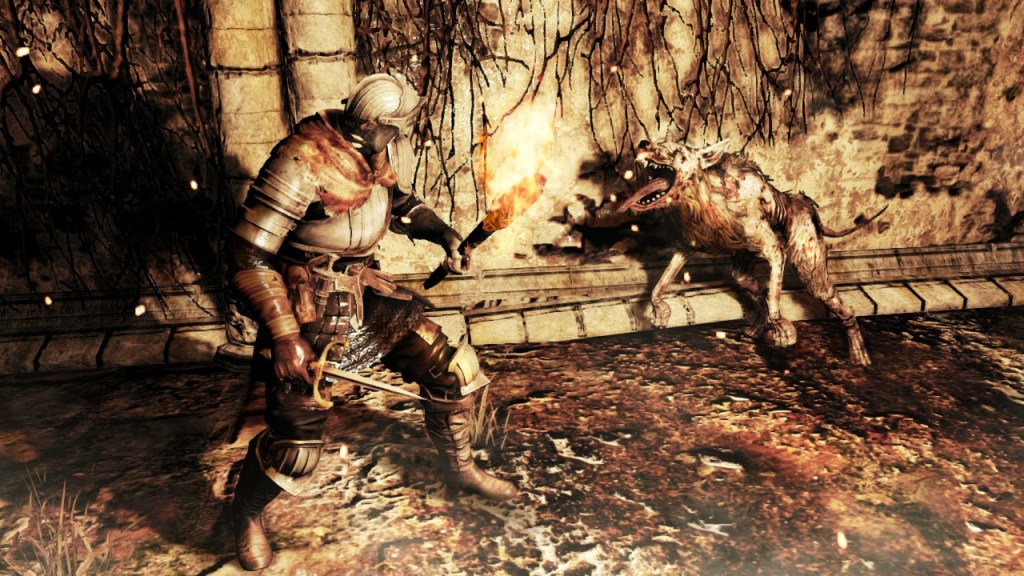 How many players clear Dark Souls II every hour

As tough as Dark Souls II is, plenty of gamers are beating it. Every hour, 168 Xbox 360 players and 235 PlayStation 3 players defeat the final boss. That’s ever so slightly more efficient than a robot chef, which can crank out 400 gourmet burgers an hour.

Currently, a total of 431,567 console gamers have made it to the end of Dark Souls II. And one very keen PC gamer. 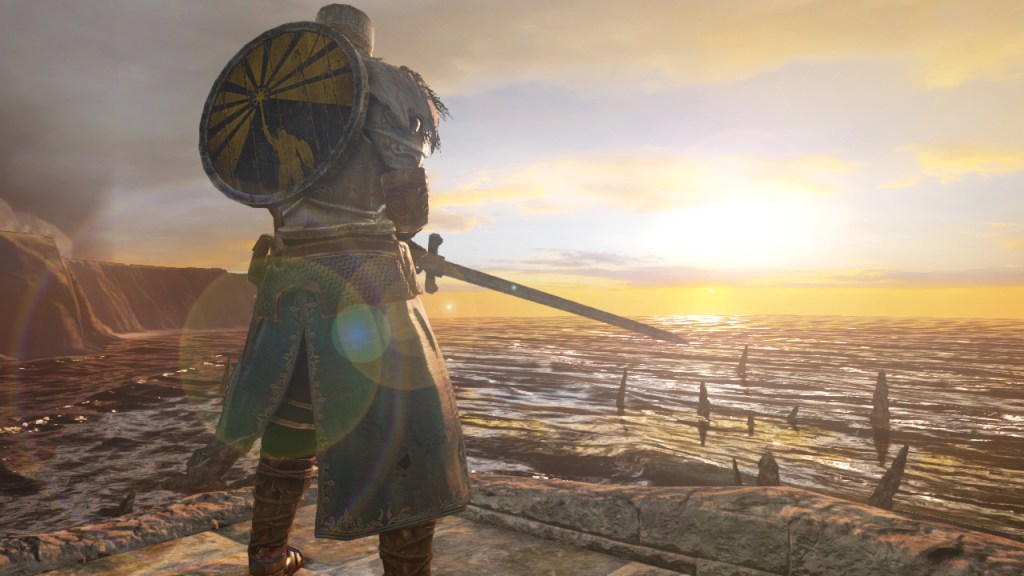 Above: Altogether now: “Open up your heart and let the sunshine in.”

The number of deaths the PlayStation 3 community has registered for each member that’s cleared Dark Souls II. On Xbox 360, that figure is only 421

Does this mean that PlayStation 3 gamers are more careless? We’ll leave that open for discussion. … 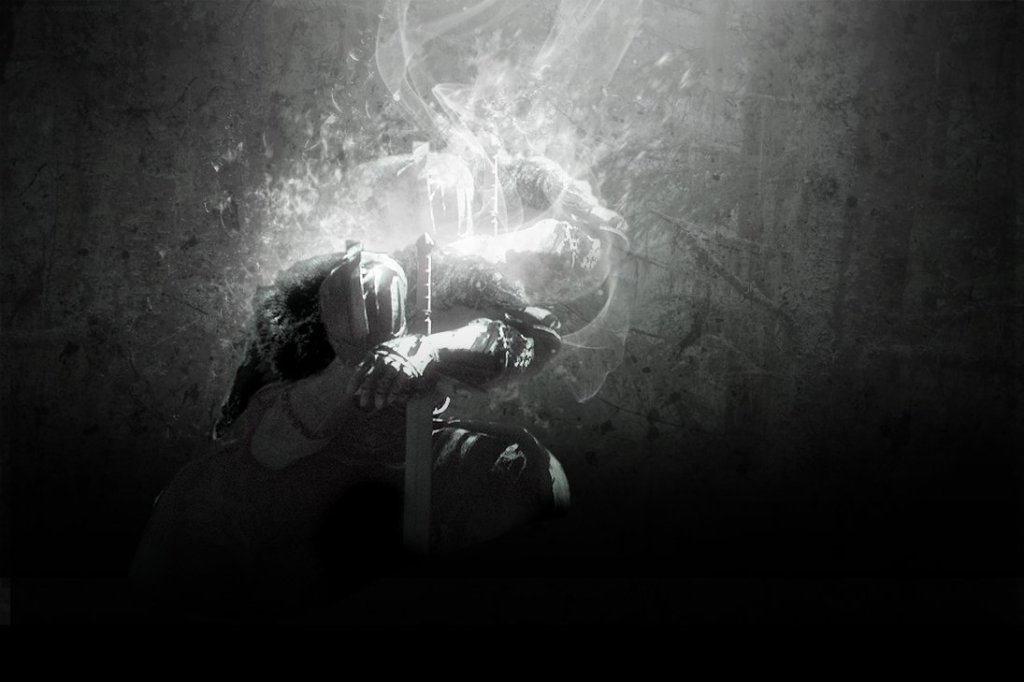 Above: A PlayStation 3 owner hangs his head in shame.

It’s treacherous underfoot in Drangleic, and console gamers have already plummeted to their death 51,256,592 times.

In the U.S., falls killed 26,009 people in 2010. That’s according to the Centers for Disease Control and Prevention. 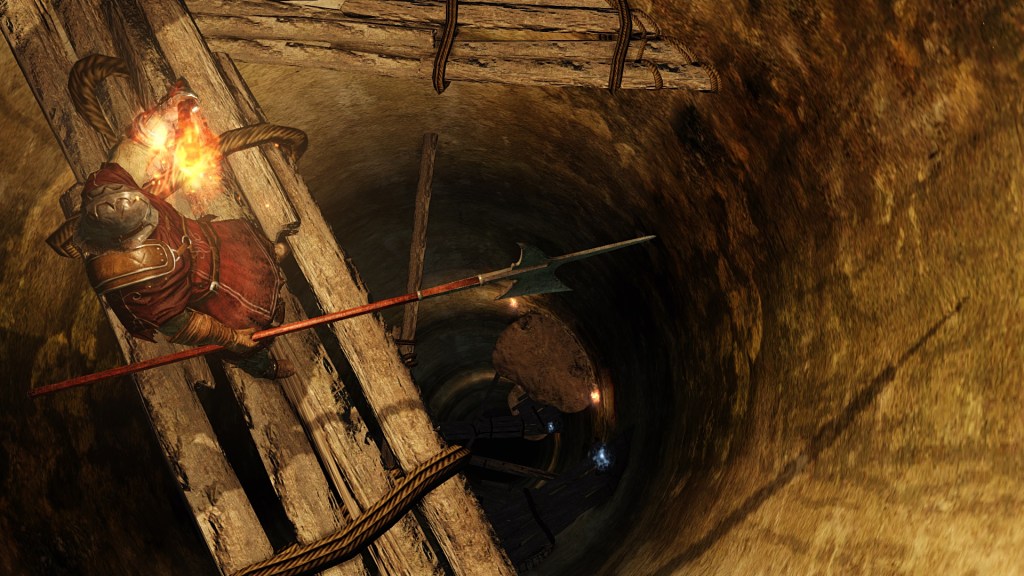 Above: This probably isn’t going to end well. Pardon the pun.