The company that owns League of Legends and has a minority stake in Unreal Engine also owns an enormous chunk of the Chinese Android gaming market. 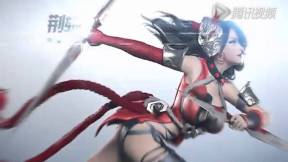 Above: King of Glory is the top-grossing game in China on Android as it has made MOBAs work on smartphones and tablets.

Tencent accounts for 44.5 percent of all the revenue spent on the top 100 highest-grossing Android games in China, according to a joint intelligence report from research firms Newzoo and TalkingData. The international conglomerate publishes 23 of the 100 top-performing games. In 2016, China is on pace to generate $7 billion in mobile gaming revenues, which puts it ahead of the United States and Japan as the top market for in the world.

“[King of Glory], a popular MOBA mobile game, continues to be the company’s top performing title in terms of revenues,” reads the Newzoo and TalkingData report. “The most installed Tencent game is Happy Lord. It released at the end of 2015 and is favored by people of all ages and playable across both low- and high-end devices.”

Tencent’s Myapp store is also still the top installed distribution channel in China. Google Play is not available in the country, and this has led to dozens of marketplaces popping up and competing for players. Myapp, with a 24 percent install rate, is the clear winner. 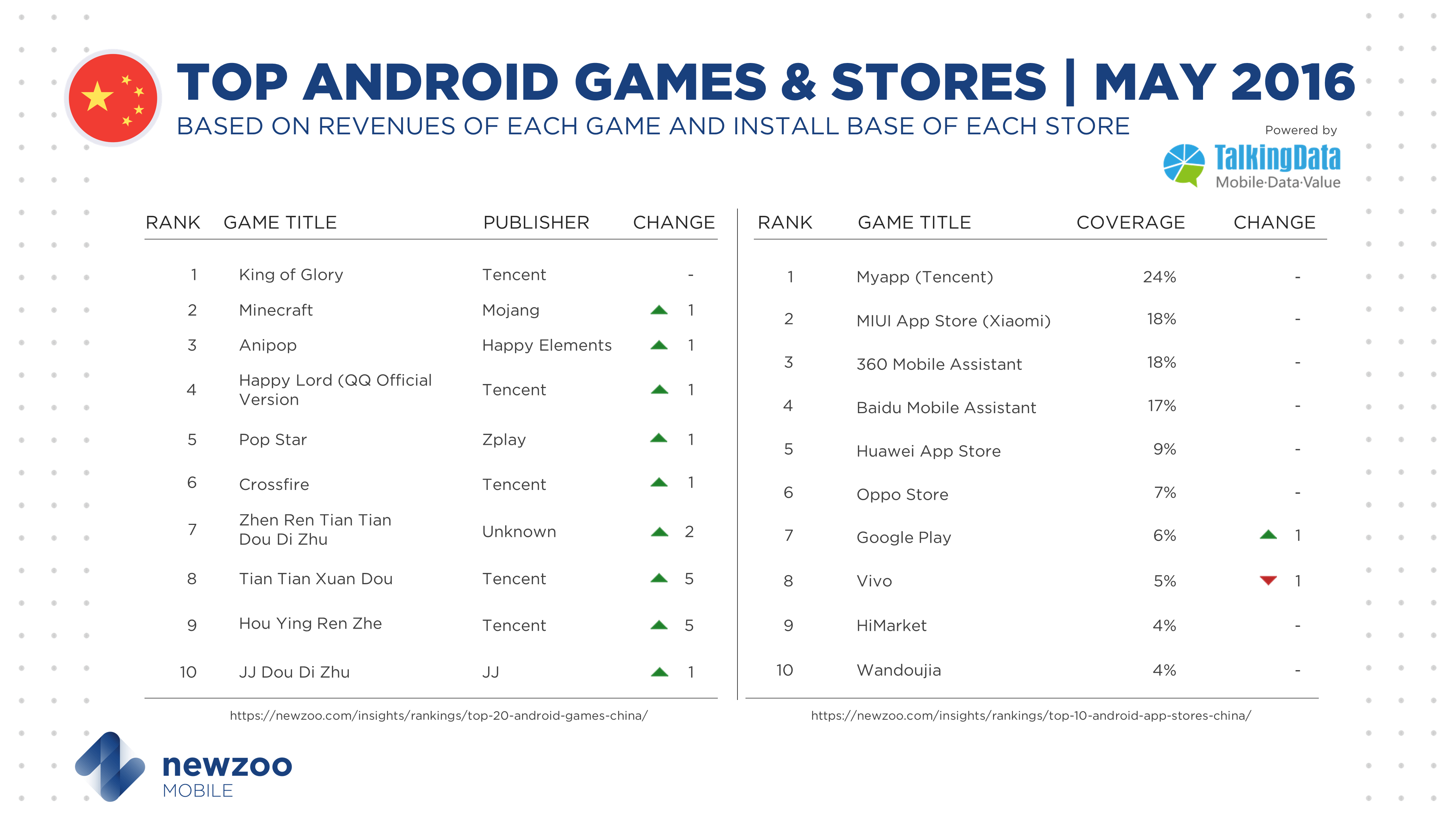 Tencent’s dominating market position in China is likely going to grow once it closes the deal to acquire leading global mobile-game developer Supercell this summer. Earlier this month, Tencent spent $8.6 billion to take an 84-percent stake in the maker of Clash Royale and Clash of Clans.

Clash Royale is an ideal game for China because of its focus on head-to-head competitive play. That kind of action is popular on all platforms there.

“In May, Clash Royale landed the No. 3 spot in top downloaded games on app channel 360 Mobile Assistant and No. 6 on the Baidu Mobile Assistant store,” reads the Newzoo report. “We believe it won’t take long for the title to appear in the rankings of China´s No. 1 Android app store — Tencent’s Myapp store.”

And that is likely one of the major reasons why Tencent decided to invest so heavily in Supercell. If the publisher can bring worldwide hits like Clash Royale and any future releases to its players, it could continue unlocking more of the value in a mobile-gaming market that isn’t finished growing.