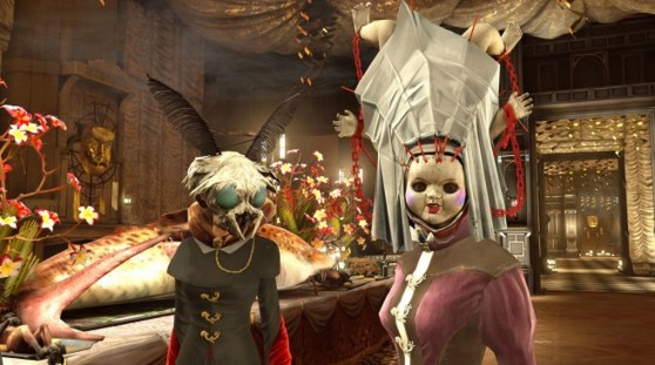 Who says originality in gaming is dead? Well, a lot of people do, actually. Every year, it seems store shelves are bombarded with licensed games and triple-A sequels, especially during the holiday season. Only 195 titles released on consoles and handhelds this year weren’t based on existing franchises, according to a recent article from Penny Arcade Report. PAR says that’s a 35 percent drop from 2011. Luckily, what 2012 lacked in quantity it more than made up for in quality. Here, in alphabetical order, are five brand new, non-franchise, non-licensed video games worth your time and money.

This stylish steampunk action-stealth game borrows heavily from titles like Deus Ex, Thief, and BioShock, but manages to feel fresh thanks to its atmospheric setting. The fictional city of Dunwall — brought to life by a celebrity voice cast (Susan Sarandon, John Slattery, Brad Dourif, and Chloë Grace Moretz to name a few), a soundtrack from Dexter composer Daniel Licht, and the creative talents of industry veterans Raphael Colantonio and Harvey Smith — is as memorable as BioShock’s Rapture or Half-Life 2’s City 17. Toss in an intriguing mission-based storyline of politics and betrayal and an emphasis on player freedom, and you have the beginnings of a bold new franchise.

Capcom’s attempt at a Western-style role-playing game was one of the sleeper hits of 2012. Its blend of punishing hack-n-slash combat and asynchronous multiplayer in an open fantasy world full of gigantic monsters proved popular with both players and critics. It debuted at the top of the Japanese software charts, selling over 300,000 units on the PlayStation 3 and Xbox 360 at launch and making it the fastest-selling new IP of this console generation, according to MCV. A sequel is already in the works, and Capcom is teasing the possibility of a player-generated quest system.

It’s easy to look at Dust: An Elysian Tail’s Saturday morning cartoon art style and anthropomorphic characters and dismiss it as too childish or too “furry.” But those who do are missing out on a fun indie 2D platformer. Dust features a mature story about war and memory. The combat has depth without being overly complicated, and the game world is full of secret passages and hidden items waiting to be discovered. But what’s most amazing about this game is its background: Professional animator and illustrator Dean Dodrill taught himself to program and spent nearly four years of his life making the game a reality. His hard work paid off. Dust is a beautiful, charming game that’s sure to please anyone who gives it the chance. 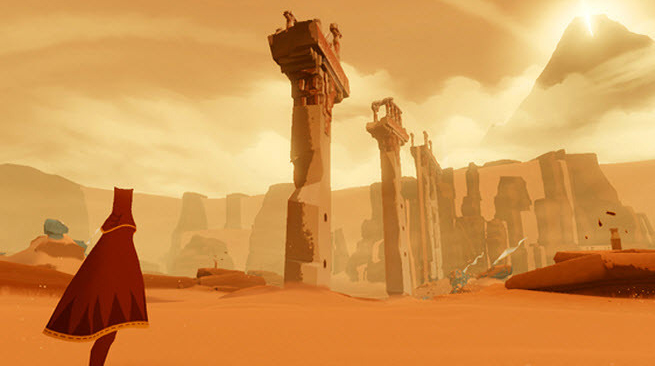 The joy of playing Journey isn’t in its length (it’s incredibly short) or its challenge (there is none) but in exploring a beautiful game world — set to a Grammy-nominated soundtrack — with an anonymous online companion. For years, Thatgamecompany has sought to push the boundaries of interactive entertainment, and Journey is its best attempt yet, proving that you don’t need guns, blood, or explosions to create an interesting and meaningful experience. Sometimes, simply jumping, running, and sliding down sand dunes with a friend is enough. 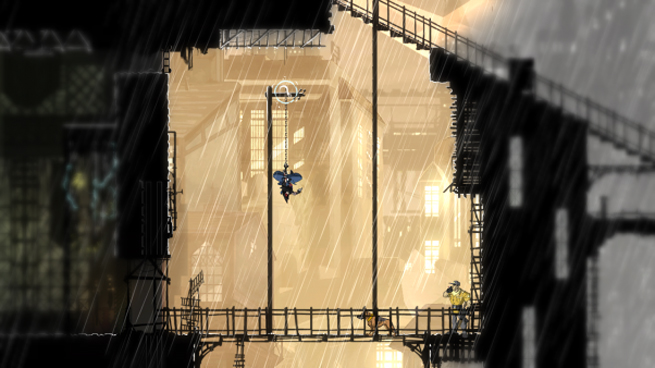 A “tribute to silent badassery,” according to GamesBeat reviewer Evan Killham, Mark of the Ninja is a masterclass in stealth gaming. Like Dust: An Elysian Tail, it’s a downloadable 2D sidescroller with a Saturday morning cartoon art style, but the similarity ends there. This game is all about avoiding detection, executing silent takedowns, manipulating darkness, and other feats of ninja-y goodness. Plenty of stealth titles are on the market, but a 2D one that pulls it off so well is a rare treat.

Read our Mark of the Ninja review