I remember a time when the only digital card game I owned was solitaire, but a new trend of digital versions of the most popular collectible card games, like the famous Magic: The Gathering, has changed that.

And now Blizzard, the developer and publisher best known for expensive blockbusters like World of Warcraft, is coming out with a digital card game of its own. Hearthstone: Heroes of Warcraft is a free-to-play experience that’s currently in beta. And while it bears a striking resemblance to Magic: The Gathering (although it feels closer to the recently discontinued World of Warcraft card game, which itself took plenty of inspiration from Magic), Hearthstone features some flash and smart design elements that actually make for a far more satisfying experience.

I know some people will always enjoy lugging binders of cards around, but Hearthstone caters to those of us who’d rather not spend a whole week learning rules and building a deck before we can actually play anything. And while it certainly isn’t the first take on a digital card game, its simple, efficient design and flashy production values make it stand out. But let’s get specific. Below are five reasons why Hearthstone’s digital experience surpasses the real thing. 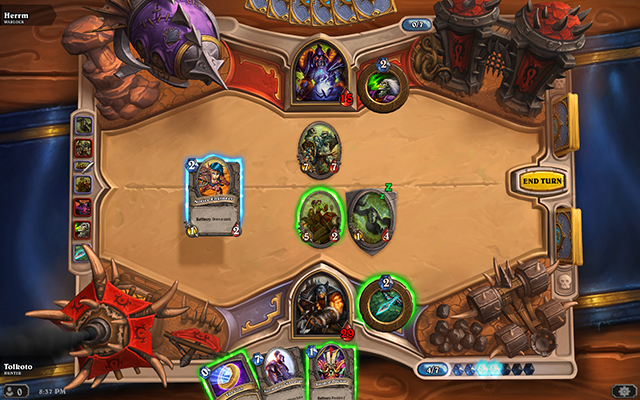 Playing Magic: The Gathering can get time-consuming. People can spend eons planning their strategies each turn, while complex cards with vague instructions send you scouring through manuals for help.

Hearthstone moves a lot faster than your typical card game in many ways. Most obviously, it’s digital, which means the computer automates and streamlines certain functions, so you won’t need dice and counters to keep track of everyone’s health. You can easily review how each card works by hovering over it, so there’s no need to keep a Wiki page open on your phone.

Players also have a time limit every turn. It’s more than long enough to ensure that you’ll have all the time you need for a complex turn, but it helps keep annoyingly indecisive players moving along. A winner will usually emerge in about 10 minutes. 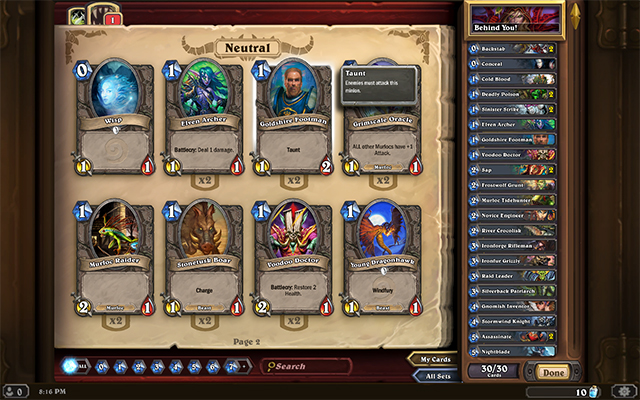 I remember spending days of my youth making decks for the Pokémon card game. I agonized for hours over the smallest details. How many energy or resource cards should I use? What cards are even legal for my deck? Oh wait, how many cards do I have already? Guess I better get counting.

Being digital gives Hearthstone’s deck-building a lot of benefits. You simply click on which cards you want from a virtual binder while your work-in-progress of a deck sits on the side. Hearthstone will even suggest additions for you if you’re stuck. Also, Hearthstone decks only contain 30 cards, almost half of the usual size for games like Magic and Pokémon.

You’ll also find less kinds of cards. Hearthsone uses a mana pool that increases by one each turn. Better cards cost more mana to play, and the pool regenerates at the start of your turn. This means you don’t need to worry about resource cards. Instead, you can focus on putting together a deck full of minions, spells, and a few other specialty powers. You can make a decent deck in a matter of minutes. 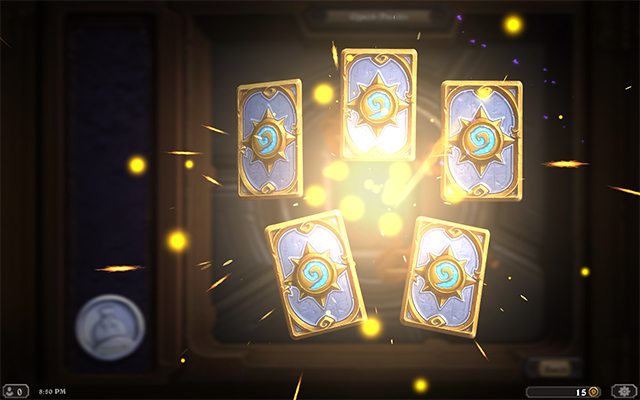 If you’re coming to Hearthstone more for your love of World of Warcraft than for an affinity toward collectible card games, then I bet you have a thing for reward-based gameplay. Multiplayer games like Warcraft have perfected the art of constantly rewarding its players with items, achievements, and a dozen other made-up currencies and collectibles.

Hearthstone works in a similar way. One of nine heroes anchors every deck. The hero acts as the main card (it’s their 30 health that ends the game when depleted). You can level up each hero simply by playing as them. You’ll get the most experience if you win, but you’ll even get a little thrown your way for losing. As you level up, you’ll unlock new class-specific cards. You can also unlock more classes simply by beating them in practice mode.

Each day also brings new quests. For instance, maybe today you need to win two games with a mage deck. Perhaps tomorrow you will just need to destroy 50 minions. Gold is your reward for completing quests, which you can exchange for booster packs of five new, random cards.

Those are just a few examples of the constant stream of rewards. You also gain a little gold every time you win five matches online. I mean, it’s a very small amount of gold, but it helps you feel like your victories are working toward something. Of course, you can always use real money to just buy boosters, but cheap gamers can still earn plenty through persistence.

The atmosphere and music 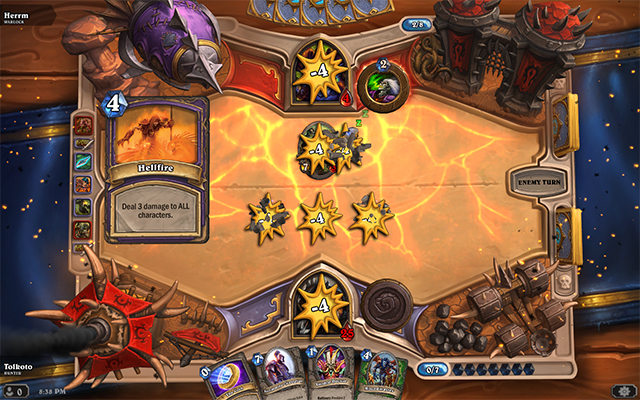 As an old World of Warcraft player, I can honestly say that I miss the sights and sounds of Azeroth more than the actual gameplay. Blizzard has spent a lot of time building the Warcraft world with a rich lore, and I hate that I’m missing out on that world now that I don’t want to sink any more of my life into WoW.

While Hearthstone is obviously light on plot and story, it oozes that Warcraft feeling. It’s a colorful fantasy where the terrifying undead march alongside childish gnomes and panda warriors. Buildings and landscapes from across Azeroth adorn the corners of the play board, giving a very two-dimensional game some eye-popping depth. The card effects also look great, with a constant stream of magical wisps and fiery explosions shooting across the screen. I’m also a big fan of the game’s tavern-friendly music.

Playing a regular card game is plenty fun, but it’s not really a sensory feast for your brain. Maybe you can give credit to the former for requiring you to use your imagination, but I love how much atmosphere Blizzard was able to inject into Hearthstone. 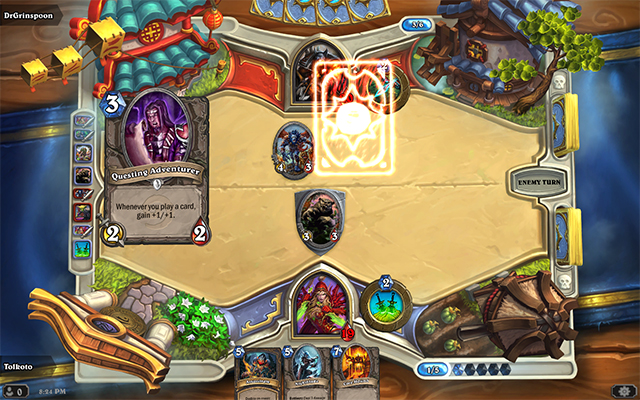 Did you ever use one of those foldable mats that come with certain card games? They tell you where to place certain kinds of cards, have some of the basic rules listed on the sides, and sometimes even contain a small glossary. Hearthstone doesn’t need all that because it’s digital. But even if it was somehow a physical card game, it’s so simple you wouldn’t need one.

Now, Hearthstone isn’t the first digital card game on the market. The Magic the Gathering: Duels of the Planeswalkers series has similarly automated complex rules and gameplay. But Blizzard has built Hearthstone from the ground up to work on a computer. Cards really only go in two places: your hand or the field. Like I said earlier, you won’t find any resource cards. Hearthstone also does a great job explaining how every power works on the actual card so you never need outside help for the rules.

I’m not saying that the simplicity prohibits complexity. You’ll still need a good deal of strategy to win, both when building your deck and when playing. But it’s awfully nice to see the screen so neat and composed while playing, especially after years of Magic and Pokémon games where I’d find cards thrown all about my basement after a few rounds.

Again, some people will always prefer the “real” thing, but I would have a hard time returning to the hassle and micromanagement of something like Magic after spending a few days with Hearthstone. The faster, simpler gameplay makes for an addicting and rewarding experience without the need to go to your local comic store to find some rude strangers to play with.