It’s pretty hard to move anywhere in the world of games without bumping into someone talking about the metaverse. Supposing you’re not familiar with the metaverse concept in games, the simplest thing is to tell you that it’s an interconnected universe of the virtual worlds akin to what Ernest Cline envisaged in his cult novel Ready Player One, since vibrantly brought to life as a Steven Spielberg blockbuster.

The metaverse moved a step closer to reality when Epic Games announced that it has secured a $1 billion investment for these interconnected virtual worlds, with $200 million coming from Sony. Epic CEO Tim Sweeney effectively sees the metaverse as the next natural evolution of the internet that will be built using open standards to connect these experiences.

Ultimately, the metaverse is likely a long way off, but we see some green shoots of what it may look like on mobile in the gaming space in the interim. So let’s take a look at what aspects would have to evolve in the world of mobile games for the metaverse to become more of a reality.

Nobody is quite sure what the actual level of immersion in the metaverse will be. According to the Oasis in Ready Player One, it resembles a haptic whole body suit with VR goggles. On the plus side, we see significant leaps in VR technology with Oculus expanding its range beyond the clunky, PC-reliant headsets with external tracking and favoring more mass-market standalone devices such as the Quest 2 with internal tracking.

Still, the future of VR very much feels tied to console, PC, or standalone headsets such as the Quest. Mobile and VR have not come together yet, although AR is the dominant reality on mobile. The rumor mill has been in overdrive regarding the development of the so-called “Apple Glass” AR tech, but who knows? Even if Apple (or another company) overlays reality on top of our own, AR is still not quite the immersive vision we envisage for the metaverse.

The metaverse will also need full-body tracking capabilities. Some exciting developments, such as the technology developed for the recently announced Virtual Taekwondo Olympic events in conjunction with the Axis XR Interface system, turn your entire body into a controller.

The mobile world is pretty much wedded to content delivery through Apple and Google. People have to download an app and then have the option to pay in different ways. But the world of game streaming is making significant leaps. Google Stadia has had a somewhat patchy start in the world, but Microsoft has launched Xbox Cloud Gaming that runs on mobile. This is all a step closer to the metaverse vision of seamless streaming experiences on mobile devices. However, this also requires an abundance of high-speed data outside of the home, and so we would need to see much greater availability of high-speed 5G networks (and beyond), which is some time off.

If the true metaverse is realized as a successor to the internet, it must be built on open standards that connect all these virtual experiences. This means there is no one company that “owns” the metaverse, which could be highly problematic. This open standard lies at odds with the current business model of Apple and Google that operate walled gardens where they retain strict control of the billing and what is allowed to be published. This has best been exemplified by the highly documented battle between Epic and Apple over Fortnite, which has resulted in the game disappearing from the App Store. When we consider Sweeney’s greater aspirations for the metaverse and Epic’s place in it, it comes as little surprise that he is willing to challenge Apple’s dominance as a potential barrier to a true metaverse. Ultimately, the app stores are so lucrative for both Apple and Google that it will be a surprise if they don’t adapt to future changing market dynamics if they see their power shifting. 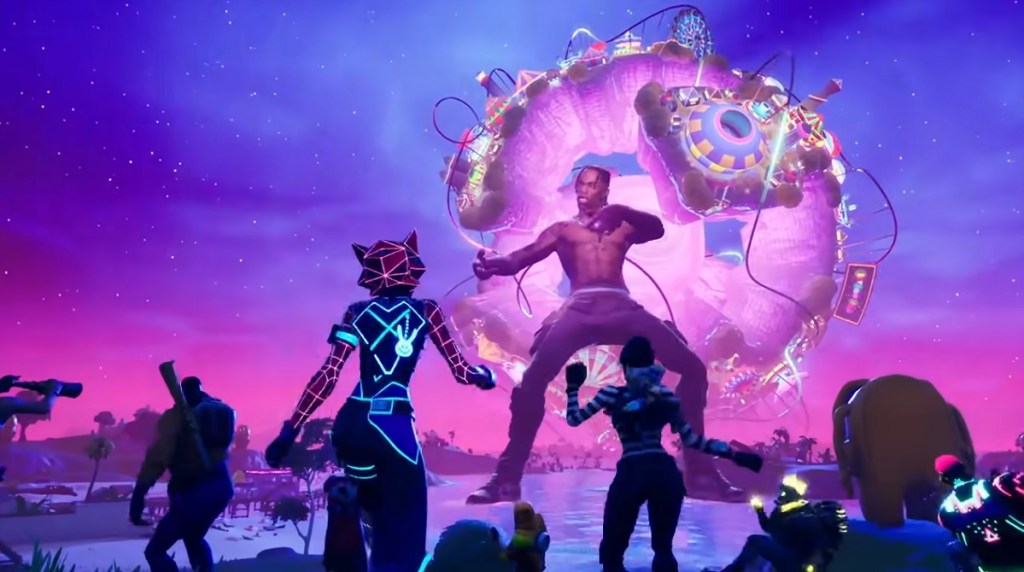 Mobile games have seen an explosion in social features in recent months, especially Chinese apps with dedicated hangout social areas.  Even casual games are beginning to adopt guild mechanics and co-op gameplay. Looking at co-op-style tasks, you can see the rising trend across the top 100 grossing mobile games on iOS for the last three years in this chart.

This ties back to the previous walled garden point, specifically with Apple and Google, which want to retain control of the ecosystem and the payment structure. Roblox uses its Robux currency to reward creators and let people trade items, but this is still within the walled garden environment. For a true metaverse to thrive, there would need to be a decentralized economy. This is where we have to tread lightly, as the backlash in the games industry toward the environmental impact of blockchain has been clear, as well as the gross over-inflation of NFTs and their recent collapse. However, ignoring the lack of green credentials and NFT volatility, blockchain and decentralized finance lays out a vision for technological solutions that could facilitate a global economy for the metaverse.

The mobile metaverse is truly the sum of its parts, relying on many different things coming good for it to be truly realized. And this is before we even address the broader issues of policing, legalities, and other things that come with running the next version of the internet. One thing is sure, and it’s the fact that mobile is likely to be the primary platform for the metaverse if we’re going to give people the ultimate freedom to experience its immersive wonders anytime and anywhere.

That said, it may be some time before you catch me commuting into work on the rush-hour subway wearing VR goggles, gloves, and a haptic feedback full bodysuit.

Erno Kiiski has analyzed hundreds of mobile games as the chief game analyst for the U.S. at analytics company GameRefinery by Vungle, providing feature level analytics, market insights, and benchmarks for the mobile gaming industry.