To be frank I thought the idea of HD collections were pointless. “Stupid money grabbing companies trying to squeeze every last penny out of a franchise” was what you might of heard me say in argument against the HD collection. Having confided this I broke eventually in early 2012 and bought the Sly Collection. I sold myself on the merits that I'd get 3 games to add to my list this year and I'd get to play a PS2 franchise I completely missed the boat on. Playing through Sly 1 and 2 made me realize there may be some merit to the idea of HD collections. After humming and hawing over whether to pick up another HD collection Jak and Daxter reeled me back in.

Jak & Daxter: The Precursor Legacy (from now on let's call it… Jak 1) was the first game that I played in the trilogy. My first immediate emotion upon starting up the game was that I was in for the long one. There is no way of denying that Jak 1 looks the part of a 10 year old game but upon further inspection I found it to be worth the investment. 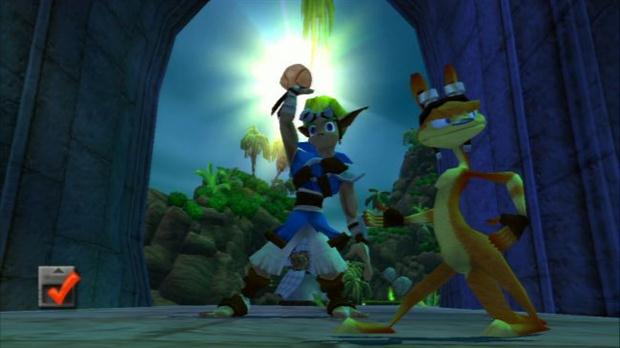 As Jak your a meddling teenager with your friend Daxter snooping around places you shouldn't be. Even against the towns warnings Jak & Daxter go poking around on Mystery Island. Daxter falls into a pool of Dark Eco (Bad energy) and gets spat out in rodent form. These turn of events set the wheels of motion in Jak & Daxter's journey as they ultimately look to return Daxter to his human form while trying to stop some villains from spreading the Dark Eco.

The main premise of Jak 1 is something of a collectathon. You collect Precursor Orbs, Scout Flies and Power Cells a long your adventure and through most areas this offers the basis of gameplay. Many story advancing spots ask you to have a certain amount of Power Cells which can be bought with Precursor Orbs making them mandatory to collect. Luckily this can be quite entertaining and when mixed with combat can make the gameplay experience of Jak 1 enjoyable. The actual gameplay is quite a simple mechanic based on jumping and swiping with no weapons at your disposal. There is some fun vehicle levels spiced in throughout the game that mixes up the pace but largely Jak 1 plays like an action adventure. 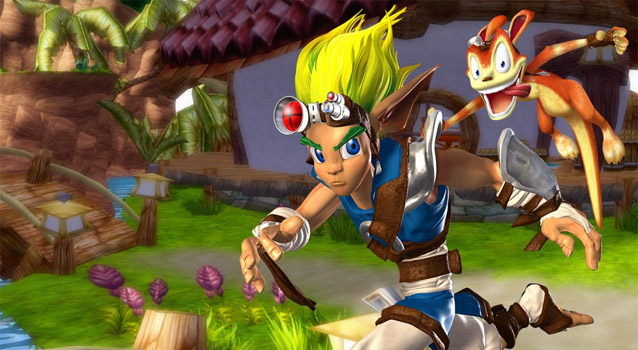 Jak & Daxter: The Precursor Legacy has a title to live up to but largely does a great job in standing the test of time while giving a fun adventure style game that many sorely miss in this decade. Even if the graphics are outdated there is still a lot to like in this classic Naughty Dog game and is worth a purchase if you've yet to play it.

Cons: Age stands out and certain game mechanics are clunky.