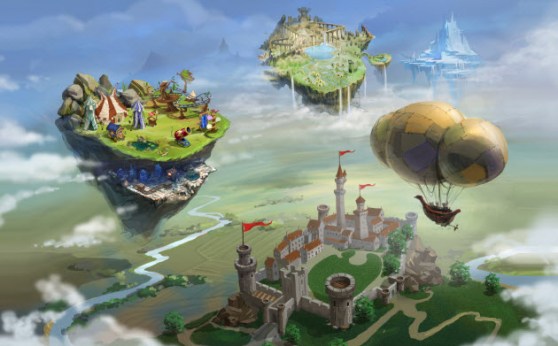 6L, the social-gaming company formerly known as 6waves Lolapps, said today that it has laid off much of its development staff.

Instead of using these staffers to create more in-house games, the company will publish games made by outside developers. 6L was formed last year through the merger of Hong Kong-based 6waves and San Francisco-based Lolapps, the publisher of games such as Ravenwood Fair. 6waves focused on publishing third-party games on Facebook and it recently expanded into mobile games. Lolapps had focused on making social games on Facebook with its internal development staff. We hear about 80 percent of the internal development team has been let go.

That means the “L” part of the name, or Lolapps, is pretty much gone. It’s not clear yet what will happen with the Lolapps founders and their Raven social-game franchise. 6L has about 11.2 million monthly active users on Facebook, with most of the those people coming via games such as Ravenskye City, Give Hearts, and Ravenwood Fair. Arjun Sethi, chief executive of the firm, is still with the company and will be chief product officer.

“6waves Lolapps will now focus on working with independent developers to launch and grow their mobile and social games,” CEO Rex Ng, who ran 6waves, said in a statement. “As a result we have restructured the company to focus on key functions which include developer outreach, product advisory, user growth initiatives and our publishing platform. The re-structuring means that we will have more resources to continue our leadership in the social and mobile game publishing space.”

Nexon and Insight Venture Partners invested $35 million in the combined company. 6L also bought mobile game firms Smartron5 and Escalation Studios. Those firms will continue to operate and focus on mobile development and expanding into China.