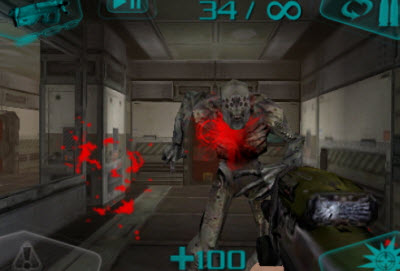 6waves Lolapps said today it has acquired Dallas-based mobile game maker Escalation Studios. The move is part of a concerted effort by the social game publisher to get big in mobile. Terms of the deal were not announced.

San Francisco-based 6waves Lolapps is one of the biggest social game makers on Facebook, with more than 14.6 million monthly active users. But 6L, as the company will be known in the future, considers mobile to be its fastest-growing market opportunity, said Arjun Sethi, chief product officer, in an interview. It’s also a market that, unlike Facebook, isn’t dominated by Zynga or any other company.

“This feels like the early days of Facebook,” Sethi said. “The good thing about mobile is that there is no clear winner. It’s going to be a huge playing field. ”

The Escalation Studios team will stay at its location and continue to focus on delivering cutting-edge mobile games such as Doom Resurrection, pictured. The team was founded by Tom Mustaine and Marc Tardiff, both veterans of the game industry. They will become design directors. A third co-founder, Shawn Green, will become director of engineering for 6L. The company’s more recent games include the musical chain reaction game Splode and Yeti Town. Tardiff said the company started out with work-for-hire and later moved on to original titles.

“Marc and his team are doing wonderfully,” Sethi said, adding that he was impressed that Escalation’s goals for its future aligned closely with 6L’s.

6L plans to double its business in 2012, and mobile is expected to play a big role in that growth. As the company expands, it will both hire and acquire new talent.

Escalation Studios has 30 employees, while 6L has 200. So the combined company will have around 230 people. GCA Savvian Advisors was the financial advisor for Escalation.