Three out of four game developers still work crunch time, or extended hours, according to new data from the latest International Game Developers Association (IGDA) Developer Satisfaction Survey (DSS). And of those, about a third do not receive paid overtime for their work.

The survey shows that more than 76 percent of video game industry professionals report work weeks periodically exceeding 40 hours each year. IGDA executive director Kate Edwards said in an interview with GamesBeat that the percentage is down since the IGDA began doing periodic surveys in 2004.

“But it’s still not a good number,” Edwards said. “The fact is that crunch is still so prevalent.”

Sixty-five percent of respondents indicated their jobs involved crunch time. Meanwhile, an additional 32 percent of those who did not “crunch” asserted they were still required to work periods of protracted hours or extended overtime. Despite this, 89 percent of the sample did not receive paid overtime but rather perks like meals, future time off … or simply nothing at all.

Other crucial points of this most recent analysis include tough working conditions.

During crunch periods — or times when developers are trying to finish a game — 35 percent reported 50 hour to 59 hour work weeks, while 28 percent worked 60 hours to 69 hours a week and 13 percent declared weeks exceeding 70 hours at the office. Over half the sample (52 percent) reported they were in crunch more than twice in the past two years.

When working beyond normal office hours, 34 percent of respondents received no additional compensation, though others received perks like meals (44 percent) or future time off (29 percent).

It’s still not clear why crunch happens, particularly since it’s been about 13 years since Erin Hoffman, writing under the name EA_Spouse, shook up the game industry with her story about unpaid overtime at Electronic Arts. To stop unpaid crunch, Edwards said it takes willpower among management. 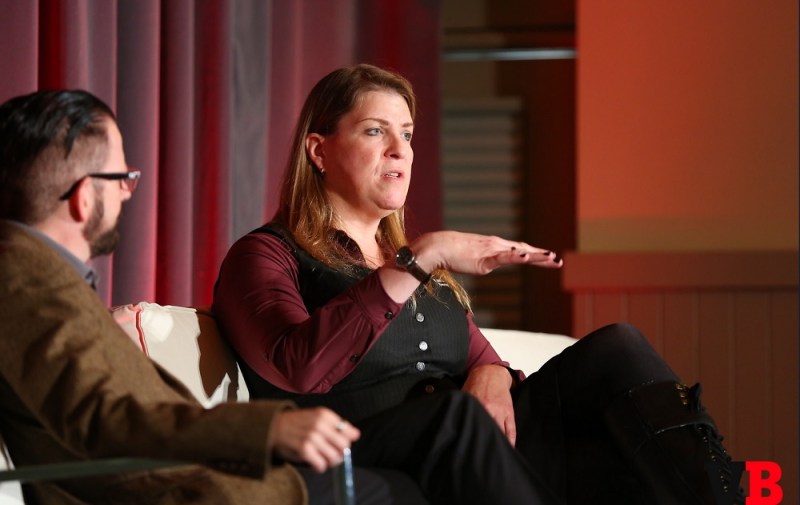 “It comes down to just the will,” she said. “Some companies release games when the work is done, like Blizzard. Others try to hit a deadline. But developers want to have better project management. Sometimes the cause is feature creep, when the manager or someone else asks for one more thing. You have to have the will power to change a company’s culture.”

Only 11 percent of respondents listed paid overtime for their additional labor.

Though respondents were predominately male (72 percent), with 23 percent describing themselves as female. About 1.8 percent of respondents identified as transgender, with an additional 3 percent selecting “other.” This contrasts with a recent study from the University of California that estimates 0.6 percent of U.S. adults are transgender.

The game industry stats are better than information technology, which is about 15 percent female.

“We saw the number of women tick up by 1 percent,” Edwards said. “That is a small gain, but it’s good. I’m hoping we’ll see that slowly go up over time. We are doing better than the overall tech sector, but that is no reason to celebrate.”

Statistics estimate 2.2 percent to 3.0 percent of the U.S. population is gay, lesbian or bisexual, but these figures were higher in the DSS sample: homosexual (4 percent), bisexual (10 percent), other (7 percent).

Freelancers earned significantly less than their traditionally employed counterparts, with half of the sample making less than $15,000 (in U.S. dollars). Meanwhile, 60 percent of employees reported making over $50,000, as opposed to just 22 percent of freelancers.

Seventy percent of freelancers did not receive incentives or bonuses as part of their compensation, while 79 percent of employees did in the form of lump sum payments (40 percent), company equity (24 percent), and royalty payments contingent on a project’s success (15 percent).

Only 4 percent of freelancers reported contracts including paid time off, while 43 percent of firms provided employees packages for sick leave, vacation, personal days and holidays.

Last year, Edwards considered talking publicly about the game companies that avoided crunch, and she thought about publicly identifying the companies that engaged in crunch the most. But she had trouble coming up with the methodology for that, and she is still in talks with companies about how to do it in a constructive way.