In a special Electronic Entertainment Expo edition of its Nintendo Direct webcast today, the Japanese publisher announced two new entries in its over-the-top fighting series in which its many beloved mascots try to punch each other into the stratosphere: Super Smash Bros. Wii U and Super Smash Bros. 3DS.

The trailer showed off a number of familiar faces, including Mario, Samus, and Bowser, before introducing its first new combatants: an unnamed villager from Animal Crossing and the Blue Bomber himself, Mega Man. It looks like Mega Man will be able to use weapons stolen from Robot Masters throughout the Mega Man series, and one quick scene showed him facing off against the Yellow Devil boss from the original Mega Man game.

Meanwhile, the Animal Crossing villager can trap people in his butterfly net. It looked cooler than it sounds.

Nintendo later announced during an event at its E3 booth that the Wii Fit Trainer will also join the roster. OK, she’s no Blue Bomber, but … new characters and all that. 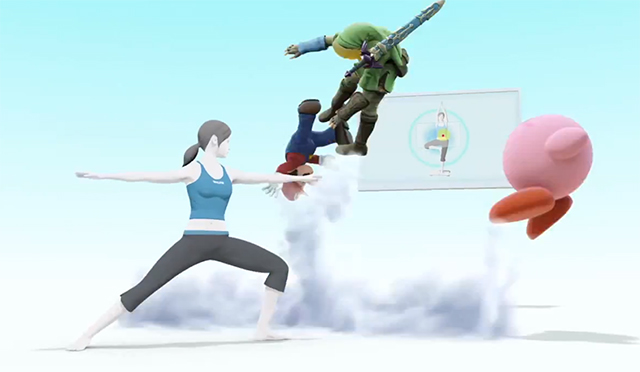 Both games are set for release in 2014, and we’ll have more information as it becomes available. Until then, check out the reveal, Mega Man, and Wii Fit Trainer trailers below: