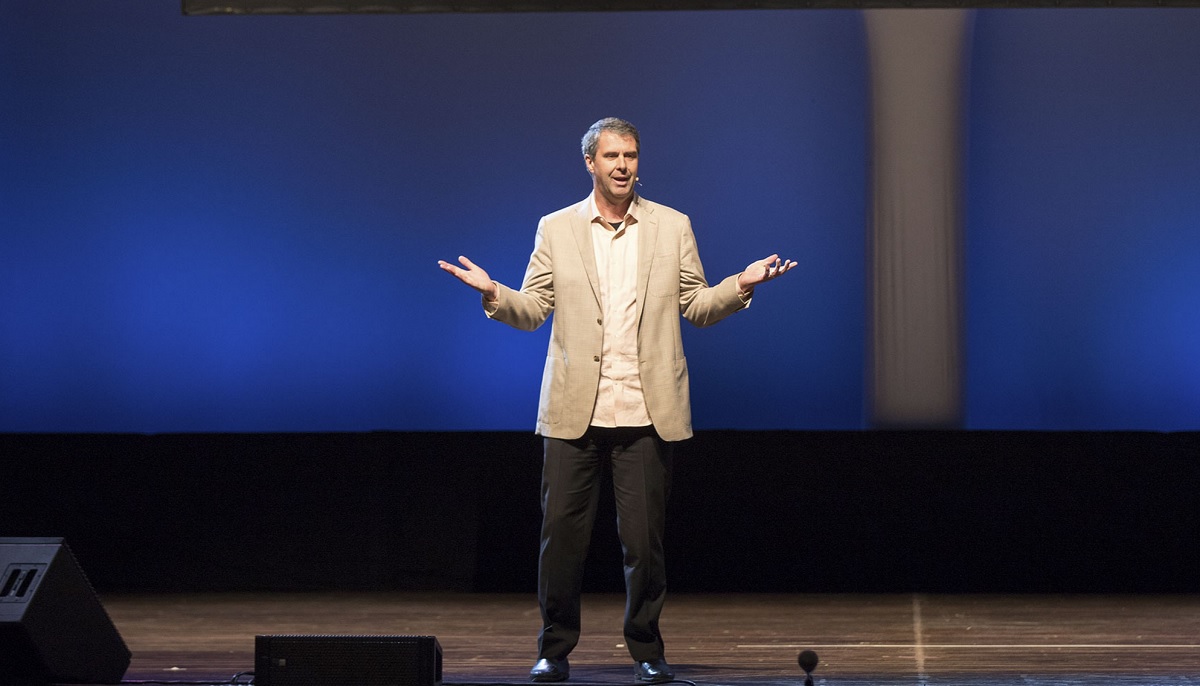 GamesBeat: How about the launch of the Xbox One and where it is now?

Bach: The thing you have to remember about the Xbox One launch, independent of whether it got off to the perfect start — as we all know, the first year isn’t the most important year. What happens in years two, three, and four set the stage for the future. We’re in the middle of that right now.

If I look at the marketplace, PlayStation 4 and Xbox One are both selling more units than any console has at this stage of its life previously. The market is doing very well. Now the consoles are going to take a backseat to the games. The environment, the system that produces the best games and online experiences, will ultimately win. That’s not news. That’s not brilliant insight. It’s the way the game industry has been for 30 years.

GamesBeat: What do you think of Microsoft under Satya Nadella?

Bach: Satya’s doing great work. Different leaders are required for different times. I loved the work Steve did. He was a great boss. He did amazing things for Microsoft. Satya has carried that on in a different way, but he’s doing what’s best for the company given the strategic challenges they face today, the cultural things he’s trying to implement and drive in the company. People in the company are responding.

The story’s not written. Who knows what’s going to happen in the next five years? But certainly you have to say the first steps were all good ones. Now it’s up to whether the products deliver or not.

GamesBeat: What are your thoughts so far on how the presidential campaign is going? Are any candidates interesting to you?

Bach: [chuckles] It’s a tale of two cities. On the Republican side, it’s like going to a concert and seeing a mosh pit and trying to figure out who’s going to come out. My guess is, there will be four or five candidates that will fall by the wayside just because they’re not mainstream electable. There will be another four or five candidates who will end up surviving that mosh pit phase and continue toward the primaries with enough funding to carry on a serious campaign. Once the wheat and the chaff get separated, you have some serious candidates.

On the Democratic side, you’d say they have an advantage because of demographics across the country. And yet you look at the two candidates running and, well, one of them might not be electable. People are, for a variety of reasons, somewhat ambivalent about Hillary. So they have a different problem. They have a good market situation to work with, but it’s not clear yet how that’s going to shape up in to a leader who can galvanize people to win an election.

It’s September, though. We have a ways to go. The fact that we’re spending this much time on it now sort of bugs me. As a civic engineer, it’s not the right way to run the ship.

GamesBeat: That’s what I wondered, whether you felt like your civic engineering agenda is going to get addressed.

Bach: If you read the book, you’ll note that election reform is not in my top five priorities. It’s number six. What can I say? We have to clean up one of those other priorities first.

GamesBeat: We have Donald Trump in there. In that environment, it seems like it’s hard to have a discussion about the things that you think really matter. I’m not optimistic that your agenda will get addressed given the way things are right now.

Bach: The reality is, my agenda may not get addressed regardless of Donald Trump. The political process doesn’t always inform Americans about their choices in a way that we would like. Donald Trump is a bit of a provocateur. I don’t think he’ll be one of the people that survives deep into the primary season, but who knows? His ideas will get him into trouble at some point, let’s put it that way.

Having said that, he’s gotten a lot of attention because he says what he thinks. He’s one of the few candidates who’s actually saying what he thinks. People are giving him credit for that. Once they evaluate what he thinks [nervous laughter] that may change his position in the polls and where things shake out.

GamesBeat: Do you think Microsoft should introduce an Xboy (an Xbox rival to the Nintendo GameBoy) one day?

Bach: [big laughs] Oh, my. All those things are in the past. As it turns out, we made the right decision at the time.

GamesBeat: Have you ever had an Xbox reunion, a time to reminisce on these things?

Bach: There was an email on the 10-year anniversary of Xbox Live that went around. I don’t know if the whole group actually got together. I think some small groups did. I was just at the 20th anniversary of Windows 95, so maybe in 2021 we’ll have to get the Xbox team together. I get together with individuals and small groups from the team with some frequency. We do a little bit of reminiscing and then mostly just catch up on our personal lives. When you work on something like this, you get to know people personally.

GamesBeat: Are you doing a lot more speaking still?

Bach: I am. Some of it is pro bono out of the gate. I’ll go and guest lecture at a university. The things I get paid for, that money ends up going to charity in any event. If the book gets to enough scale and makes some money, that will go to charity as well. I do it as part of my civic engineering agenda, and I enjoy it.