MONTREAL — Canada has a unique place in the game industry. It has multiple hubs across several cities that have become strong in both traditional and new digital game development talent. But the nation is weaker than other centers of gaming when it comes to franchise ownership, marketing, and online gaming. The result is that it also has its own unique investment “micro climate” when it comes to funding for game startups.

Canada, and in particular, Montreal, is home to the artistic and technical side of gaming. It has inspirational places like the Basilica Notre-Dame de Montreal and McGill University. But it has had few successes in terms of companies that have created and own their own gigantic blockbuster franchises. Investments in game startups are, theoretically, one of the things that could change that.

I moderated a session on funding for game startups at the Montreal International Game Summit (MIGS) this week. At the same event, the Entertainment Software Association of Canada announced that the country has 472 active game studios based on a 2015 survey, up 143 from 2013. These companies contribute $3 billion to the Canadian gross domestic product, counting both direct, indirect, and induced jobs (those created by the industry’s own business). That’s up 31 percent from 2013. The companies employ 20,400 full-time employees, up 24 percent from two years ago, said Jayson Hilchie, the president and chief executive of the ESAC.

Much of the growth in sheer numbers of studios comes from “micro studios,” or game companies that have four or fewer people. But 89 percent of the jobs are part of 24 large companies that have more than 100 employees each. We talked about the trends influencing game investments and predictions about the future with a panel that included Ringo Zhu, the director of business development at China Mobile Games Entertainment Group (CMGE) and an investor in Western game studios, who has set up shop in Toronto; Jason Della Rocca, the cofounder of indie game studio accelerator Execution Labs; JS Cournoyer, the cofounder of Real Ventures; and Marc Alloul, the cofounder of W2/W3 Investments. 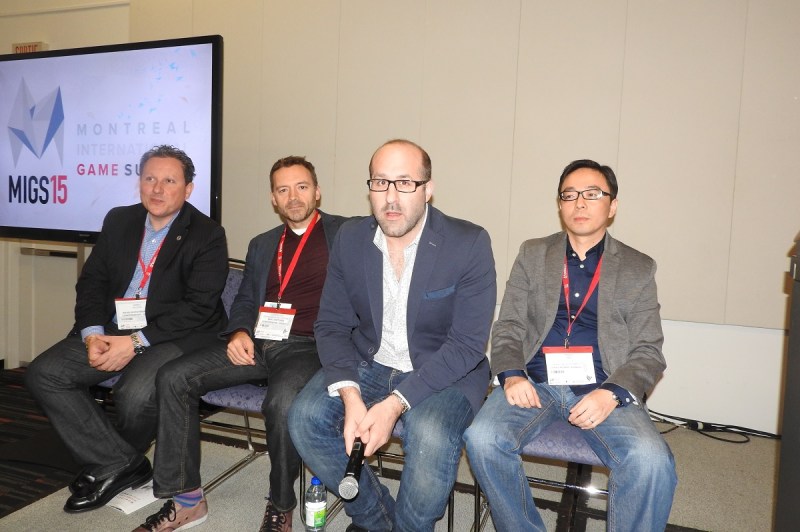 Jason Della Rocca: I’m the co-founder of Execution Labs, based here in Montreal. We’re a seed fund and accelerator for game studios. We’ve been active for almost three years now, and we’ve invested in almost 20 game studios so far. In addition to providing funding, it’s also about support, mentorship, expertise, and connections to the larger industry. We like to say we give indies an unfair advantage to succeed in a very challenging marketplace. We’re actively recruiting now for our next cohort in the accelerator.

JS Cournoyer: I’m one of the co-founders of Real Ventures. We’re a seed fund based out of Montreal, with an office in Toronto as well. We were the original investor in Execution Labs. I’ve personally made investments in both game companies and technology companies that sell to game companies since 2001. We’ve made a few investments in gaming and in the VR space as well.

Marc Alloul: I’m a physicist, engineer, and entrepreneur. I was crazy enough to launch a mobile game company at the end of 1999, when virtually no market existed. I’ve seen the good, the bad, and the ugly through about 12 transactions in the games sector. I’m now a managing partner and founder of W2/W3 Investments. We’re actively involved with various [technology investments across Quebec].

GamesBeat: Marc, why are you interested in investing in Canadian companies?

Alloul: In the last 10 or 15 years, I’ve realized that we’re fortunate to have some great talent in Canada. We have some of those developers in the room right now, including the makers of one of the most successful games in North America, Simpsons: Tapped Out.

I got involved in the space because I realized that Canadian developers needed help to be more adventurous and to be able to sustain their ambition. What that usually means is having access to resources and capital. That’s why we built W2/W3, to detect talent and help them accelerate their growth. 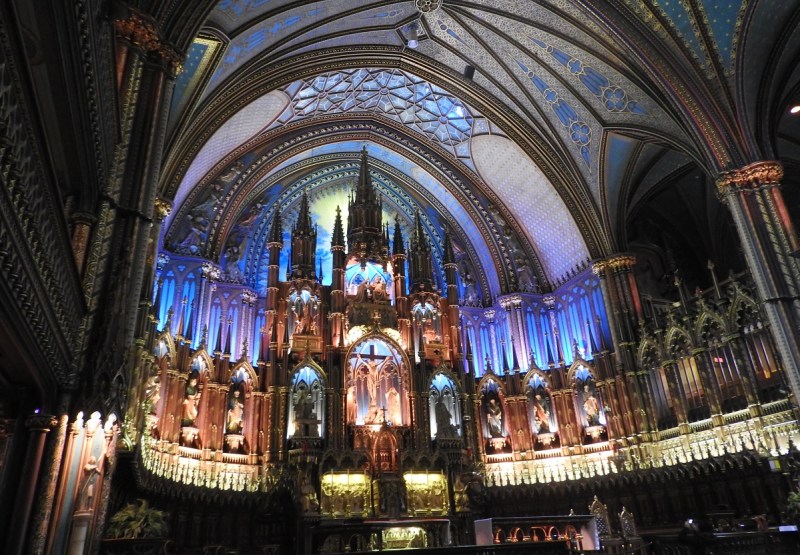 GamesBeat: Let’s have everyone take a crack at that. Why Canada?

Cournoyer: I’ll talk about Montreal specifically. Because of the language, you have a great creative industry across all different types of media. We have a lot of great creatives, a lot of talent building all kinds of games here.

What has been missing in the past has been the platform that enables all these people who want to create games to build companies as well. Most of the gaming talent here has worked for the big studios. A few examples, like Ludia, have built their studios from scratch here, but most of the talent was around bigger players in the industry. That’s why we wanted to help Execution Labs start. The idea was to build a creative ecosystem in which these people could learn how to build companies around the games they wanted to create.

The next phase of the market – and again, Montreal and Toronto are well positioned here – is the combination of this great creative talent with artificial intelligence and machine learning that can apply to games. Games generate a lot of data. Analytics drive a lot of decisions. But they’re still ultimately human decisions. We’re firm believers that with a dramatic reduction in cost through machine learning will enable game companies to start automating decisions and create opportunities for investors like ourselves much earlier in their cycles.