Bellamy: We spoke about goals. Did everybody watch Sesame Street as a kid? We all learned that song – “one of these things is not like the other.” I very much identified with “not like the other,” and then they put a big X through it. Now everything was OK because you had all the similar things identified and sorted, and you’re ready to move forward.

My question is, how do you identify goals where people who are just not the same, so to speak, are part of those identified, shared goals that we’re all trying to achieve?

Meyer: When we think about business goals, our goals are to create games and experiences online that everyone can enjoy, where everyone has fun and they want to come play on Xbox. We hope that anyone working at Xbox can get behind those goals, and then we all bring different perspectives on how to go about achieving those goals. It’s through all those different perspectives that the creative process can flourish and lead to innovative ideas.

The other side of the coin, going back to the culture piece, is being very intentional and aware of what our unconscious biases are, and where they can get in the way of the design process and creativity and decision-making process. Once you’re aware of your own biases, you can become more conscious throughout that process. “Wait, this is a bias I have. I need to pause for a second. Is this really what I want to do?” Or have a partner to check you on something or bounce ideas around.

It’s how you leverage and value diversity, so that diversity and different perspectives make you better. They shouldn’t be a hurdle that you have to get over. 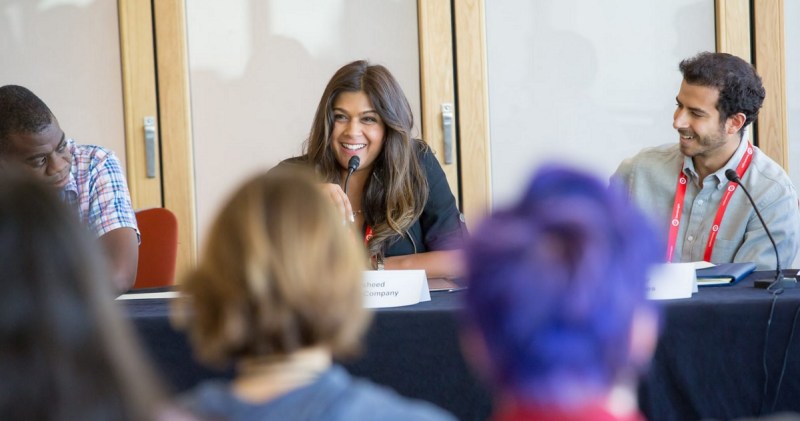 Bellamy: I’m going to probe a little into one beat of that question. Let’s talk about Xbox Live. Xbox Live, for lack of a better term, is a party. If you say the party’s for everyone, then the party is truly for everyone. But you could also say, “Well, it’s for everyone, but it’s really for these specific people who we’re targeting for this experience, and we want to make sure they have the best time possible.” At some point, you decide whether you’re going to focus on them or whether it’s going to truly be for everyone. How do you navigate those levers?

Meyer: It’s understanding what those levers are and listening. What is the experience like? Our goal is for everyone to have a great experience on Xbox Live. Does that happen today? We’re putting things in place where we have feedback mechanisms. We’re listening to the voice of the customer. The role it’s playing is becoming more and more heightened in our development process. We’re listening to those voices so we can understand what are those right levers. How do we accommodate? How do we make this the best place? Are we perfect today? No. But we’re working on it and putting a lot of different levers in place.

Bellamy: It’s the same thing with you, Justin. You’re addressing audiences around the world, but it’s born of a creative community that has inherent cultural diversity. How do you balance who to support first and who to support the most with what you’re doing?

As far as business goals, as a CEO I’m trying to hire people who deliver what they say they will, who are hard workers. When you interview someone, it’s very easy to tell, based on their resume and what they’ve done, if they can deliver. When bringing people to a team as a young CEO, it doesn’t matter where they’re from as long as they can deliver the end result.

At Bandura Games, our goal is to bring people together from all over the world and create empathy, especially across conflict zones. My background is work in the Israeli-Palestinian conflict. It would be very strange if I sat in an office in San Francisco and said, “I’m gonna try and solve the Israeli-Palestinian conflict.” It’s very important that your team understand the people you’re trying to reach.

I have an Israeli co-founder and a Palestinian co-founder. We made the effort to build a team that understood the people and the problems we’re trying to address. Who are we building our games for? As a company we want to identify exactly that. We want our games to be global. We believe that in order to build games that appeal to a global audience, our team needs to reflect that as well.

I have a background in management consulting. I helped advise Fortune 500 companies on their business strategy. One of the companies we worked with had an amazing, brilliant team of engineers. They were building a new generation helmet for helicopter pilots. They interviewed hundreds of pilots, asked them what they wanted. They put all the bells and whistles in this helmet. You had computer vision, radar, Bluetooth. Then as soon as those helmets shipped and got to the pilots, the pilots refused to wear them. They were too heavy.

This team had brilliant engineers who could put anything they wanted in a helmet, but they didn’t have a pilot on their team. When we talk about diversity, when you’re building to diverse audience—50 percent of game players around the world are women. 60 percent of mobile game players are women. We want to build for the world. We need to have that representation on our team to build it into our products. 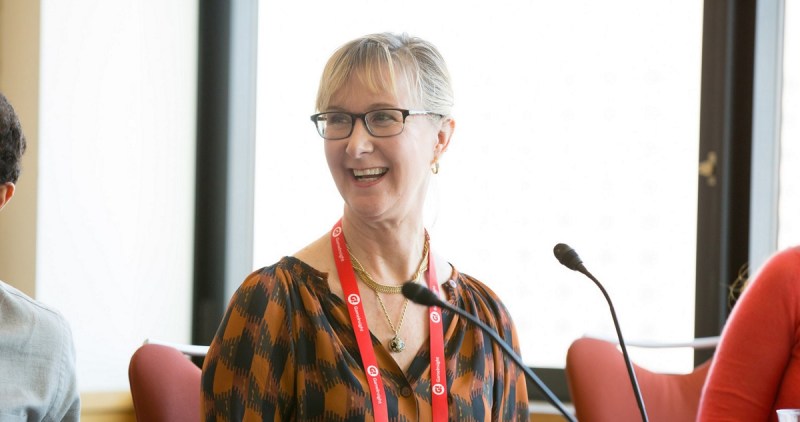 Bellamy: I have a question for the women on the panel. How often do you get asked what games you play, as a [qualification] to participate in discussions of the industry?

Rasheed: All the time.

Gaiser: I entered the game industry on a fluke. I have a film background, and then I became a CEO. So I didn’t get asked that question a lot. I don’t get asked a lot of qualifiers. I think it was because we were such an odd duck at Her Interactive, though. Nobody even considered women or girls a market when we started out. I was in this little corner. There weren’t many women CEOs. I had several CEOs share a lot of information with me, because I was trying to learn what the industry was all about. If there was bias against me, and I’m sure there was, I wasn’t aware of it. I just motored on.

Her Interactive was a perfect example of a completely diverse team. We had every kind of person in our company. We co-created. I didn’t think of myself as a decider or an overseer. After I left, it dawned on me how we did it in an unwelcoming environment with an unconventional CEO. It’s because we bucked the system. The system didn’t include us, so we redesigned it. We did the opposite of what everyone was doing.

The system didn’t let us into retail, so we backdoored into retail through Amazon. We found someone to teach us, the sales took off, and then all the people who wouldn’t do a deal before came to make those deals. We co-created an opposite corporate culture.

My background is filmmaking, where we collaborated on everything. That’s the only way we made inspiring products. I didn’t know everything, but between us, we could rely on each other. Because we let our guards down and were vulnerable, others felt safe enough to let down their guards and truly collaborate.

Bellamy: What are things that you have done and that you can do to cultivate a diverse workplace? What can you one-two-three do?

Rasheed: You asked a question earlier about how often we’re asked about the games we play. Being at Disney has been so different from the rest of the game industry. They’re so open to diversity. There are so many programs where they’re constantly making an effort. I love that about Disney.

Personally, it’s been interesting. Most of my team members are women right now, because we create games for kids. But that’s a bias. There we go. We think women will be better at making games for kids, but that’s not always true. Some of my best designers and animators are men, and they’re making kids games. It goes back to skill set. That’s what I look at as someone, in practice, who has to hire people.

Bellamy: How do you peel away skill set from identity? How do you pick a good designer out of the universe?

Rasheed: I look at what people deliver. It’s all about delivery. Over time you just don’t look at female versus male. You look at what’s right for your product. That’s the most important thing for us, creating the best product we can regardless of where’s coming from. I’m probably not going to hire a woman just because she’s a woman. I’m going to hire that person based on what they’ve done and delivered. That’s how I separate the two.